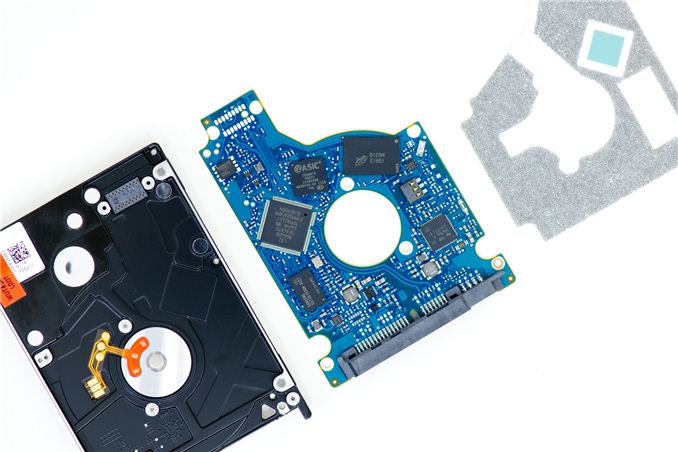 Earlier today X-bit Labs reported that Seagate will stop the production of their 7200RPM 2.5" drives by the end of this year and I just got a confirmation from Seagate that this is really the case. Seagate currently offers four 7200RPM 2.5" lineups: Momentus 7200.4, 7200.2, Momentus Thin 7200, and Momentus XT. The latter is Seagate's hybrid drive, which couples the spinning platters with 8GB of SLC NAND for caching purposes.

The move makes sense when looking at the market's state. 7200RPM mobile hard drives have always been a premium product and are mostly found in high-end laptops or built-to-order configurations. Due to the decline in SSD prices over the last few years, the market for faster hard drives has quickly faded away because users seeking for performance have opted for SSDs instead of 7200RPM hard drives. While 7200RPM 2.5" hard drives are still significantly cheaper per GB than SSDs, even a small (32-128GB) SSD will provide better overall performance when used as an OS and applications drive, and high-end laptops can often be configured with dual-drives to overcome the capacity issue (especially with mSATA around or by removing the optical drive).

As an intermediate solution, quite a few laptop OEMs also offer at least some sort of flash based storage in their higher-end products nowadays, usually in the form of a small mSATA caching SSD. 5400RPM hard drives are fast enough when the most frequently stored data is stored in an SSD and draw less power so they are more optimal as secondary storage.

Seagate won't depart the performance hard drive market as they will focus on hybrid drives (SSHDs). Ultimately I believe this is a better choice because we still haven't really seen a great hybrid drive and the market for hybrid drives is definitely bigger and more future-proof than 7200RPM hard drives. While the first and second generation Momentus XTs have been a good start, 4-8GB of NAND isn't enough to provide the real SSD experience. There is hope that with the discontinuation of 7200RPM mobile hard drives, Seagate will put more effort into the Momentus XT. Personally I would like to see multiple SKUs with varying amounts of NAND to cater to the mainstream market as well as the high-end market where users are expecting more SSD-like performance.

Seagate doesn't have a consumer SSD lineup, so the Momentus XT is a crucial product for Seagate in order to stay in the high-end, higher-profit consumer storage market. The question is whether they will be able to make a hybrid drive a more attractive option than a caching mSATA/M.2 SSD with a conventional hard drive. Given the current pricing and the upgrade path offered by mSATA/M.2, plus the fact that 20-32GB caching SSDs with Intel's Smart Response Technology clearly outperform the current Momentus XT offerings, Seagate has their work cut out for them. In another five years, short of a new explosion in storage intensive files, we will likely reach the point where everything becomes pure SSD because the cost and performance will be better than any conventional or hybrid solutions.