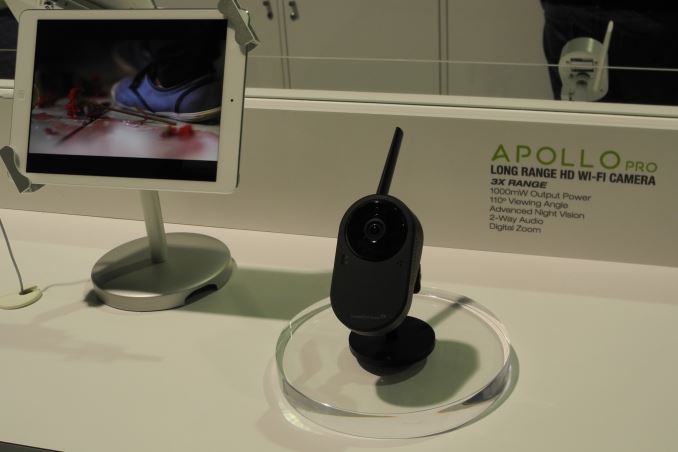 Amped Wireless is popular for marketing equipment with long range, high-performance power amplifiers and high-gain antennas. At CES, they had the usual updates to the networking lineup - new Wi-Fi routers and range extenders. In addition, they also announced their entry into the IP camera space with two Wi-Fi cameras.

The lineup consists of two members, the APOLLO and the APOLLO PRO. They both have wireless capabilities. Amped Wireless claims that these models can be placed 3x the distance away compared to the average Wi-Ficamera. While the APOLLO will have a 80 degree viewing angle and a 1-way microphone, the APOLLO PRO will have a 110 degree viewing angle and 2-way microphone and speaker. Both cameras have a 720p resolution and night vision is available. The external 3.5dBi antenna is detachable on both models.

The setup as well as day to day operation is geared towards the average consumer by the usage of mobile apps and a cloud recording backend. The cameras are priced at $150 and $180 respectively, and will be available towards the end of this quarter.

The ARTEMIS lineup of networking products includes a router, range extender (ARTEMIS-EX) and an access point (ARTEMIS-AP). Priced at $130, these products come with up to 5 GbE ports and a USB 3.0 port. MU-MIMO is supported out of the box, pointing to a Qualcomm Atheros platform. 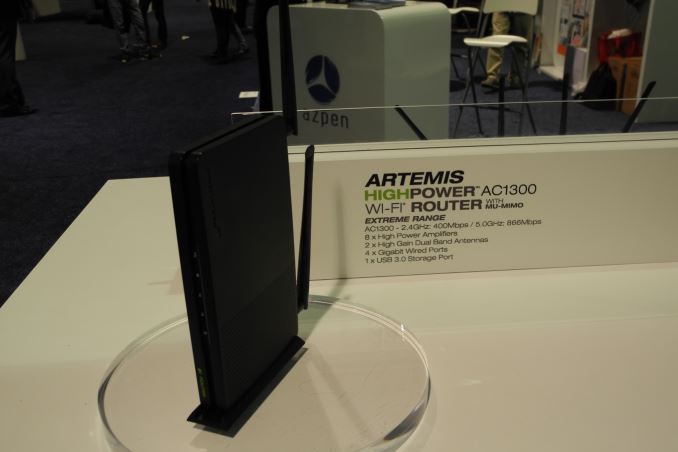 Based on the specifications and the cost, it appears that the product line uses the IPQ40x8/x9 SoC.

The ATHENA lineup includes the ATHENA-R2 router and the ATHENA-EX Wi-Fi extender, both with advanced MU-MIMO capabilities. Compared to the first generation MU-MIMO routers, this device can support up to four simultaneous MU-MIMO clients. It also supports 160 MHz channels. 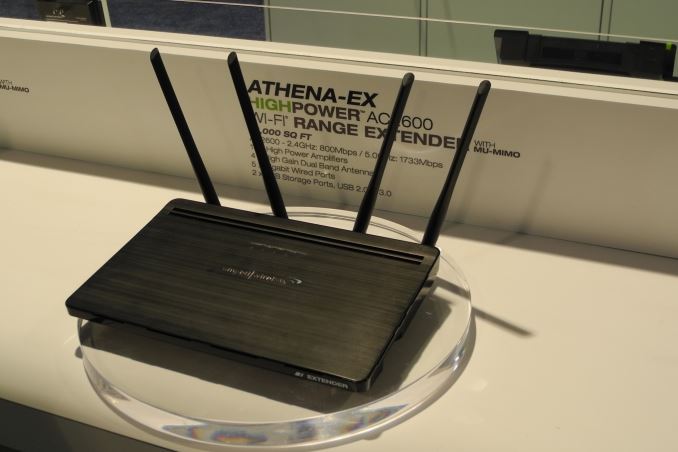 Based on the specifications, it appears that the units are based on the QCA9984 radio. The SoC is not clear - as the brochure given to the press indicates a 1.3 GHz quad-core processor for the router (RTA2600-R2) and a dual-core processor for the range extender (RE2600M). Note that the Nighthawk X4S from Netgear which has the QCA9984 radio uses a 1.7GHz IPQ8065 SoC. The ATHENA router will be priced at $240, while the extender will be $220 when they launch at the end of this quarter.

This is an interesting product in the sense that it bundles a rapid charging USB Type-A port as well as a passthrough power outlet in the device. The range extender effectively doesn't use up a wall outlet. It is a AC1200 device (867 Mbps in the 5 GHz and 300 Mbps in the 2.4 GHz - a 2x2 configuration). 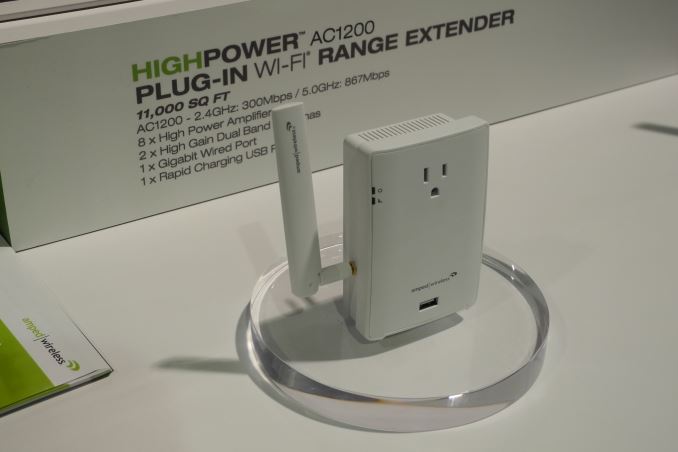 The REC22P will be available in late February for $100.

The specifications of the various routers, access points and range extenders currently marketed by Amped Wireless are reproduced from the press brochure in the gallery below.

On the whole, it is pleasing to see Amped Wireless trying to move beyond the core networking devices (such as routers / access points / range extenders) and on to allied products such as IP cameras. For mass acceptance, IP cameras need to be backed up by good user experience, and Amped Wireless seems to be focusing more on that rather than the hardware specifications alone. On the core side, Amped Wireless seems to be all in on the Qualcomm Atheros platforms for their flagship ATHENA lineup and the ARTEMIS value play.