Intel Demos 14nm Broadwell: Up to 30% Lower Power than Haswell 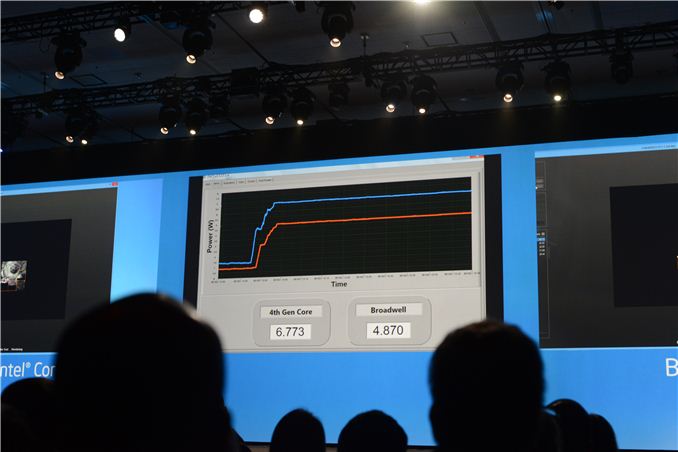 The other reveal? Broadwell ULT, albeit still a two-die, single chip MCM, is physically smaller than Haswell ULT. A physical size reduction is necessary to get Broadwell into fanless tablet designs that can have competitive battery capacities to ARM based designs. 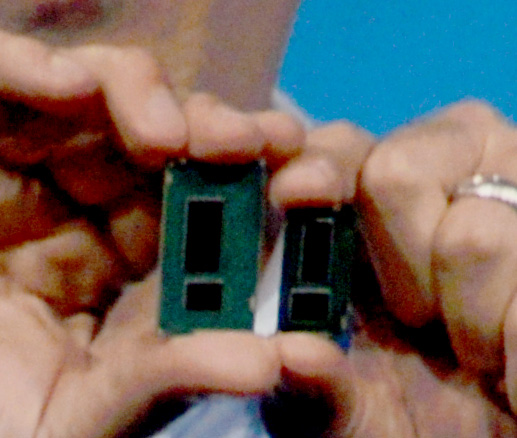 The first Broadwell silicon is supposed to ship to customers by the end of this year, and in systems next year.