There was a time when Western Digital's Raptor (and later, the VelociRaptor) was a staple of any high-end desktop build. Rotational media could only deliver better performance by increasing aereal density or spindle speed. In a world dominated by hard drives that focused on the former, WD decided to address both. By shipping the only mainstream (e.g. not SCSI or SAS) 3.5" hard drive with a 10,000 RPM spindle speed, WD guaranteed that if you needed performance, the Raptor line was the way to go.

Two years ago we met the most recent update to the VelociRaptor line: the VR200M. While it raised the bar for the VelociRaptor, WD saw its flagship competing in a new world. SSDs were now more affordable, resulting in even more desktop builds including an SSD. Although the high dollar-per-GB cost associated with SSDs demanded that desktop users adopt a two-drive model (SSD + HDD), for storage of large media files a standard 5400RPM or 7200RPM drive was just fine. After all, moving large files is mostly a sequential operation which plays to the strengths of most consumer drives to begin with.

There are still users who need more storage than an SSD can affordably provide, and who demand speed as well. Although photo and video editing is great on an SSD, a big enough project would have difficulty sharing a 128GB SSD with an OS, applications and other data. For those users who still need high performance storage that's more affordable than an SSD, the VelociRaptor is still worthy of consideration. There's just one problem: Moore's Law is driving the cost of SSDs down, and their capacities up. The shift to solid state storage is inevitable for most, but to remain relevant in the interim the VelociRaptor needed an update.

Today Western Digital is doing just that. This is the new VelociRaptor, available in 250GB, 500GB and 1TB capacities: 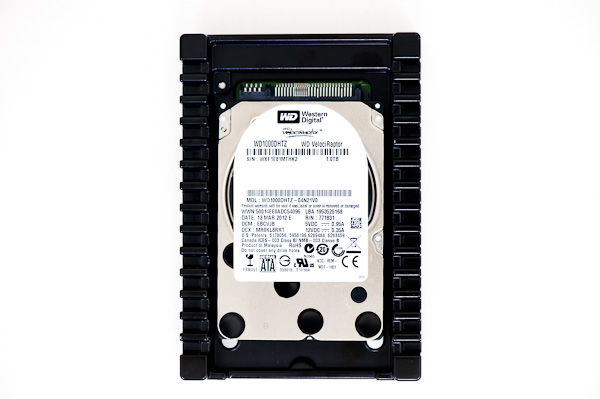 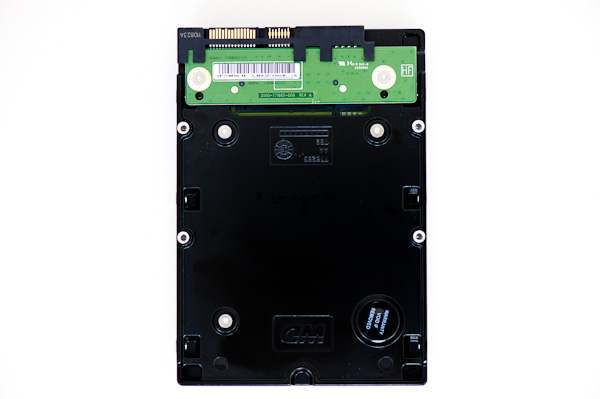 The basic design remains unchanged. Take a 2.5" drive with platters spinning at 10,000 RPM and pair it with a 3.5" adapter that also acts as a heatsink. Internally the drive gets all of the expected updates. Platter density is now up to 333GB (3 platters for the 1TB drive, 2 for the 500GB drive and 1 for the 250GB). All members of the new VelociRaptor family feature a 64MB DDR3 cache. Combine that with some firmware updates and you've got a recipe for larger capacities and higher performance. 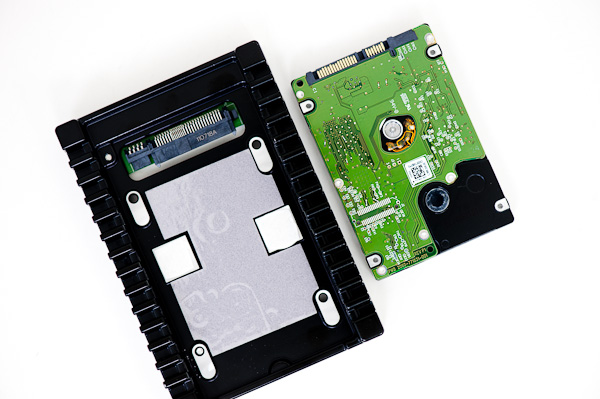 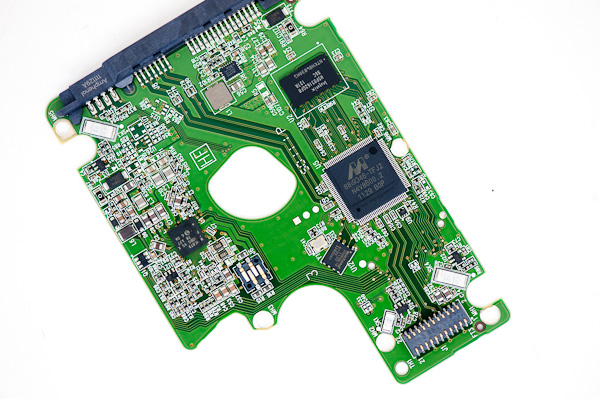 The drive is available today and retails for $319 for the 1TB model, $209 for the 500GB model and $159 for 250GB. These prices are a bit lower than what the VelociRaptor VR200M launched at two years ago (the 500GB is significantly cheaper than the old 450GB launched at).

Compared to standard 3.5" drives, the VelociRaptor is quite expensive. You can buy a 3TB 7200RPM drive at roughly $0.06 per GB, compared to $0.319 per GB for the most cost effective VelociRaptor. Compared to an SSD however, the VRs are still cheaper - although not by a ton if you compare to a low capacity drive. Samsung's SSD 830 (128GB) will cost you $1.36 per GB.