AMD this morning is releasing the awaited spring update to their AMD Software Adrenalin Edition suite for their GPUs. First unveiled back in January as part of AMD’s keynote address, the spring update (22.3.1) introduces a few quality-of-life features for AMD’s software stack, and is being headlined by the first release of AMD’s FSR 1.0-based Radeon Super Resolution (RSR) technology for driver-based game upscaling.

Starting things off, let’s talk about Radeon Super Resolution. Following the initial popularity of AMD’s Fidelity FX Super Resolution spatial upscaling technology, in the last several months there has been gamer interest in applying the upscaling algorithm to additional games that haven’t integrated the technology. This has led to the introduction of utilities like Magpie and Lossless Scaling, which can force various image upscaling techniques on games, including AMD’s FSR. And while forcing FSR in this fashion isn’t ideal from a quality or compatibility standpoint (leading to AMD originally passing on the idea), AMD has since come around on the idea. To that end, AMD has implemented a form of FSR in their drivers as an override option, which they are calling Radeon Super Resolution (RSR). 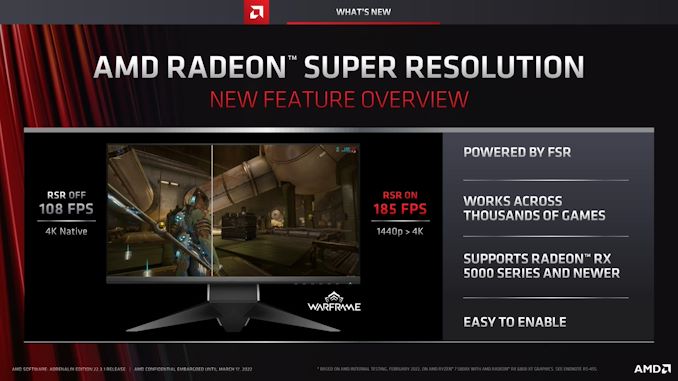 As with Magpie and similar utilities, this is a forced upscaling option that is implemented at the end of the rendering pipeline, rather than the more ideal mid-point. The ramifications of which are that RSR is upscaling not just the image from the game, but the UI as well; so it can introduce some of the same UI distortion as running a game at a sub-native resolution to begin with. 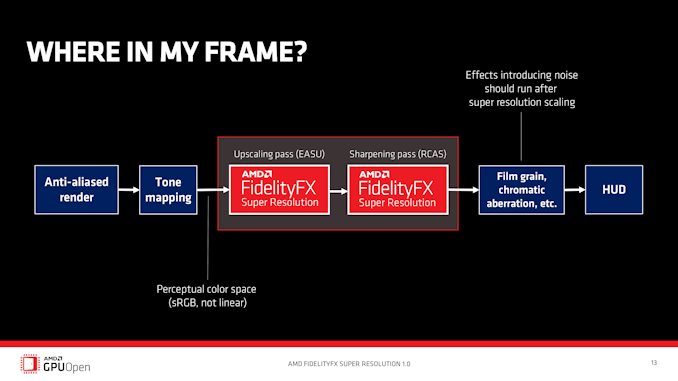 It's Ideal To Run FSR Before Post-Processing Effects and the UI, But It's Not Required...

All of which is fitting, since that’s essentially what you have to do to make RSR work. Since this is a driver-forced feature, games need to be set to a sub-native rendering resolution in order to provide something to upscale – as well as to provide the performance benefits of rendering at a lower resolution. So using RSR isn’t quite a set-it-and-forget-it situation as games with proper FSR support offer today. 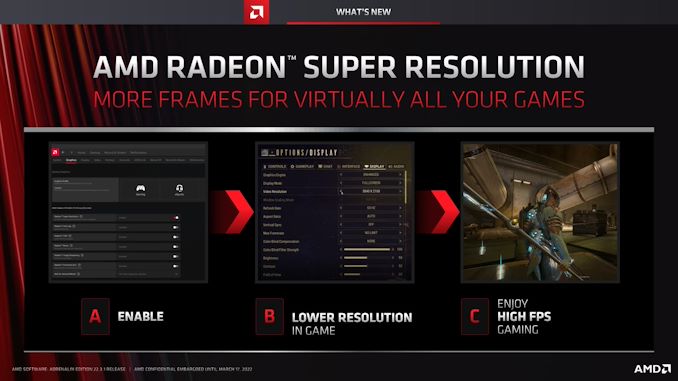 Ultimately, for exclusive fullscreen games, adjusting a game’s rendering resolution is about all the real work that’s required from the user. Meanwhile, in an improvement from AMD’s initial January announcement, RSR support is also being extended to borderless fullscreen games, as well. However, these games will be the most complex to use with RSR, as they’ll require adjusting the desktop resolution.

RSR can be set on either a per-game basis or a global basis. Though given the potential conflicts with other, in-game upscaling options, it’s almost certainly better to avoid using it globally, so that it’s only enabled for games that don’t have built-in upscaling functionality.

Meanwhile, though FSR 1.0 has pretty broad hardware support, the initial version of RSR is a bit more limited. At launch, the feature is only going to be made available on Radeon RX 5000 series cards and newer. In the next quarter, AMD will add support for their Radeon integrated GPUs – though at this point AMD isn’t stating what the minimum requirement will be there. 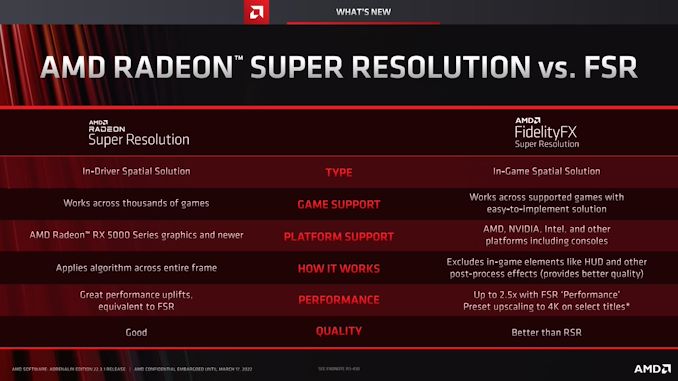 Finally, it should be noted that FSR itself isn’t going anywhere. As RSR itself is essentially a fallback implementation of FSR 1.0 to force it at the driver level, properly integrating FSR into a rendering pipeline is still the best and most ideal way to use it – and that’s something that will be outright required for FSR 2.0. So RSR is not replacing FSR; rather it’s giving Radeon owners another way to access some of FSR 1.0’s functionality.

The spring update also marks the launch of version 5.0 of AMD’s Link software. AMD’s remote game streaming and co-op gaming feature is getting a couple of quality-of-life updates to further improve its utility and compatibility. 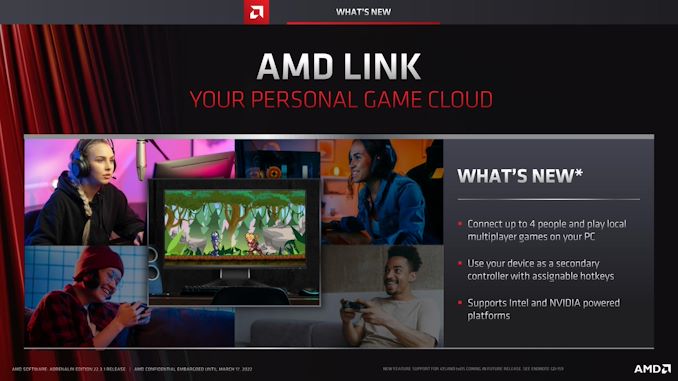 First off, AMD is finally dropping the requirement that client Windows machines be running a Radeon GPU. While this was not a hard technical requirement – AMD Link is also available on mobile devices – for users sticking within Windows, a Radeon at both ends has long been needed. But for version 5.0, client Windows machines can now be running off of Intel or NVIDIA GPUs.

The other major change here is that AMD has expanded their Link Game co-op functionality so that it supports 4 players. This game sharing feature previously only allowed a single secondary client to connect to a host – and thus a game could only be shared between two players. Now for AMD Link 5.0, that limit has been expanded to 4 clients, allowing up to 4 players to share a single game. 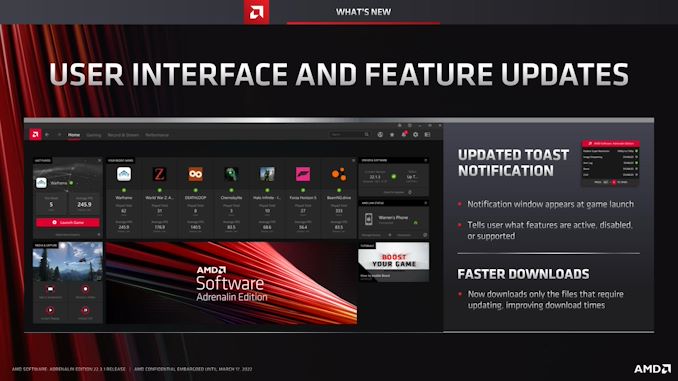 First off, AMD has adjusted the download process for driver updates to reduce the downloading of redundant files. So users who use AMD’s control panel to download driver updates will instead only download files that have changed, which will cut down on total download times and save some bandwidth in the process. 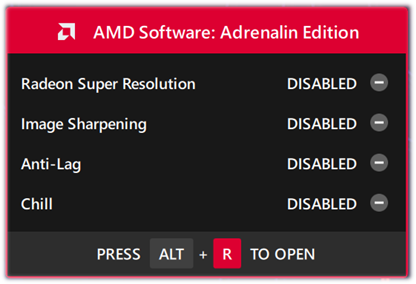 AMD has also updated the “toast” notification that comes up when a game launches. This notification now includes detailed information about what Radeon driver features are being used for the just-launched game. According to AMD this is both to give users an idea of what features they have enabled, but also to make them aware of what features could be enabled, such as RSR and Anti-Lag.