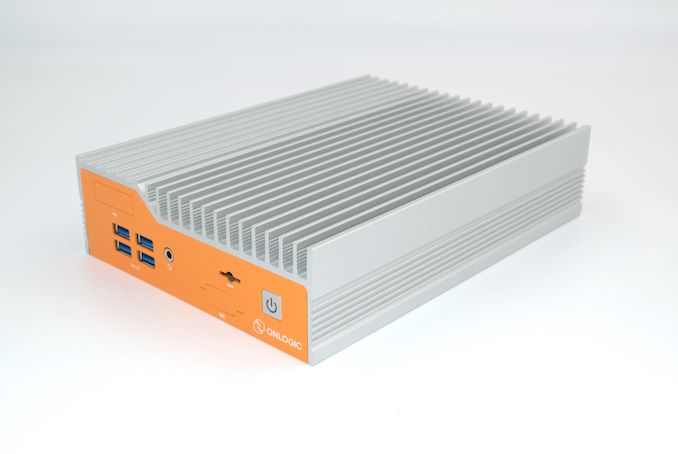 The emergence of edge computing as a paradigm has expanded the market for industrial PCs over the last few years. Traditionally an 'industrial PC' was built with a focus on reliable operation in a rugged environment - the emphasis on computing performance being secondary to the utility. This has changed recently with the need to process more data at the edge.

OnLogic (formerly, Logic Supply) has been servicing the embedded / industrial PC market with pre-configured small form-factor (SFF) systems since 2003. We have reviewed multiple systems from OnLogic before, such as the Broadwell-based ML100G-30 and the Skylake vPro-based ML100G-50. Both fanless systems were based on Intel's U-series processors configured with a 15 - 20W TDP.

In mid-2020, OnLogic introduced the Helix line of industrial PCs. The 300-series (based on Intel Elkhart Lake) caters to the IoT edge computing market with the traditional CPU performance requirements. The Helix 500 and 600-series are based on Intel Comet Lake, and  services the market opened up by the increased demand for performance density in edge computing. This review takes a look at the performance and value proposition of a high-end Helix HX500 configuration based on the Intel Core i7-10700T.

Passively cooled computing systems are one of the top choices for industrial PCs, where reliability and ruggedness are key requirements. The absence of noise, ventilation slots, fans and associated maintenance requirements, etc. serve as important advantages in many deployments where servicing is difficult and a long life cycle is required. OnLogic's Helix lineup of rugged industrial PCs was introduced in mid-2020 to cater to this market.

OnLogic's Helix line uses a board based on Intel's Q470 chipset. The HX500 is the most compact of the lot, coming in at 154mm x 210mm x 50.8mm. The HX600 approximately doubles the width of the system to add space for a GPU slot (using a GPU makes the system an actively cooled hybrid - the motherboard is still passively cooled). The HX610 retains the HX600 form-factor, but uses the additional space for dual SATA drive bays.

OnLogic sent over a fully pre-configured sample of the Helix HX500 earlier this year to put through our rigorous evaluation routine for fanless SFF PCs. The specifications of the review sample are summarized in the table below.

It must be noted that the $887 price for the base configuration is not a barebones one - it includes the Intel Celeron G5900T dual-core 35W processor, a 4GB DDR4-2666 SODIMM, and a 64GB M.2 SATA SSD. Since our review configuration was shipped with the OS configured as 'None', we had to download the drivers off OnLogic's support site to ensure that the system was up and running optimally after the Windows installation. A 120W (20V @ 6A) power adapter is bundled along with the package. The system can be wall-mounted (accessories sold separately), or used directly on a desktop (adhesive rubber bumpers bundled). 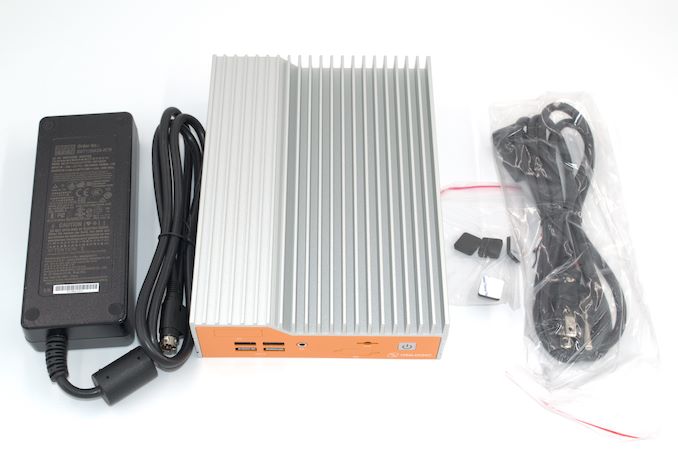 The various chassis features are brought out in the gallery below.

Disassembling the system to upgrade the storage and RAM is quite straightforward and doesn't involve messing around with the thermal solution. Four screws holding the rear I/O panel in place, and two screws that fasten the bottom panel need to be removed. 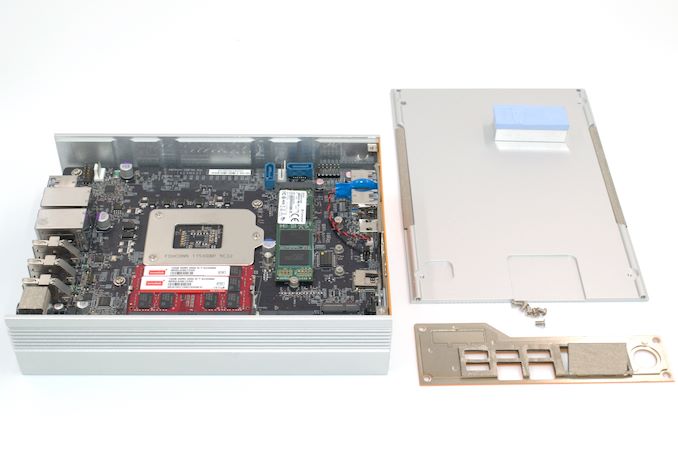 Installing M.2 drives and SODIMMs are as simple as just slotting them in. The thermal solution for the SSD can also be seen in the above picture.

The Helix HX500 chassis is solidly built, and appears to possess a thermal solution capable of handling 35W processors. At the same time, the ease of upgrading the DRAM and storage has not been sacrificed. The system I/Os match the expectations from an industrial PC. The ridges on the chassis are a tad sharper than other fanless PC chassis we have seen before - so, a little care is warranted while handling the unit even if one is used to handling PC cases that also double up as heat sinks.

In the next section, we take a look at the BIOS options along with an analysis of the motherboard platform. Following that, we have a number of sections focusing on various performance aspects. Prior to the conclusions, we also take a look at the thermal profile of the system under stress. Read on for the full review.