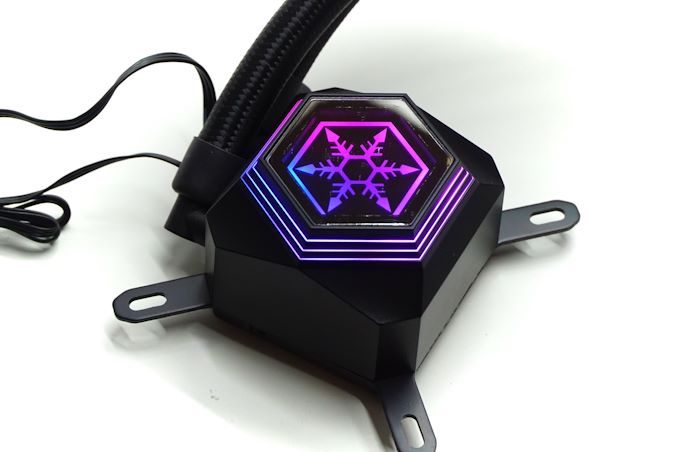 SilverStone is a well-known name amongst advanced users and enthusiasts. The company earned its reputation from its first PSUs and original case designs, and soon diversified towards cooling related products. Their products usually are designed to be cost-effective, with a focus on practicality and quality instead of extravagant aesthetics. That tactic served SilverStone very well in the past, some of their CPU tower coolers have become very good values for the price.

Given SilverStone's success with air coolers, today we are switching tracks to liquid coolers and taking a look at SilverStone’s latest all-in-one (AIO) “Permafrost” cooler series. With multiple models covering the most popular cooler sizes, SilverStone is looking to tap into what has continued to be a popular market for alternative high-performance coolers. And with the inclusion of Addressable RGB (ARGB) lighting, SilverStone is perhaps bowing to a bit to market pressures as well by including RGB lighting in their new AIO coolers. 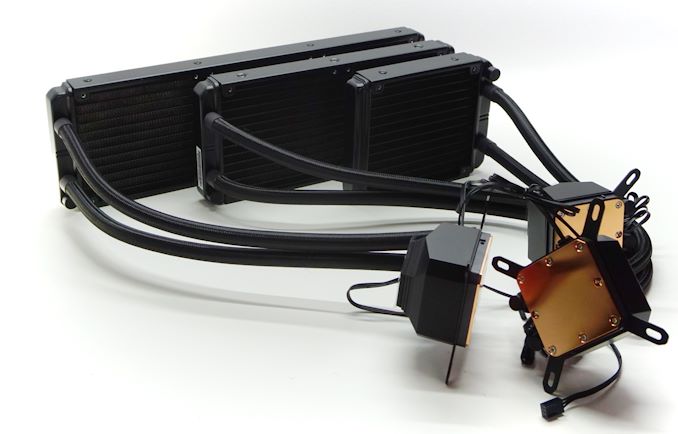 Altogether, SilverStone has released three Permafrost ARGB AIO coolers: the PF120, PF240, and PF360. As their names suggest, they are designed with radiators that use one, two, or three 120 mm cooling fans respectively. And for today's review, we're going to be looking at all three models.

As mentioned previously, all three coolers also incorporate RGB lighting. With RGB being the latest industry trend and considering the significant market slice that it currently holds, it seems that SilverStone could not afford to not have RGB-related products available. Thankfully, however, unlike so many vendors, SilverStone isn't treating the inclusion of RGB lighting at a justification for charging high prices. So while these new coolers aren't budget products by any means, their retail price is not forbidding, making them an enticing option for enthusiasts that wish to combine aesthetics and performance while on a budget.

SilverStone supplies their new Permafrost series coolers in sturdy cardboard boxes that, along with the internal custom inserts, provide excellent shipping protection. The artwork on the packaging is simplistic, focused on pictures of the coolers themselves – still, that is more than enough for catching the eyes of shop shelf browsers. 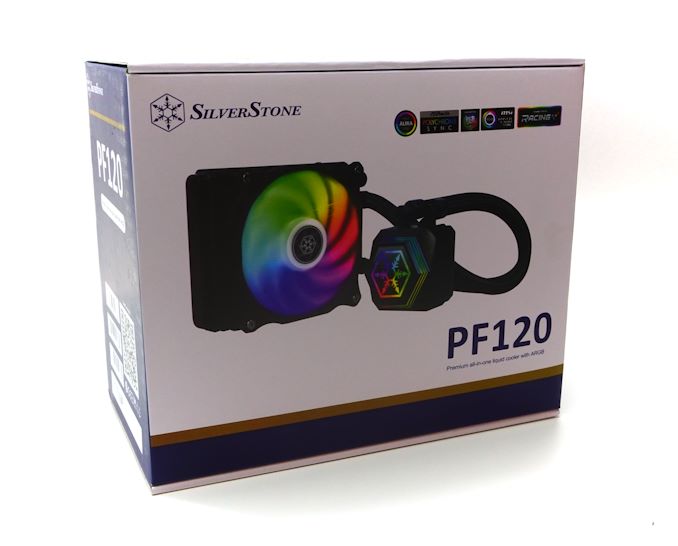 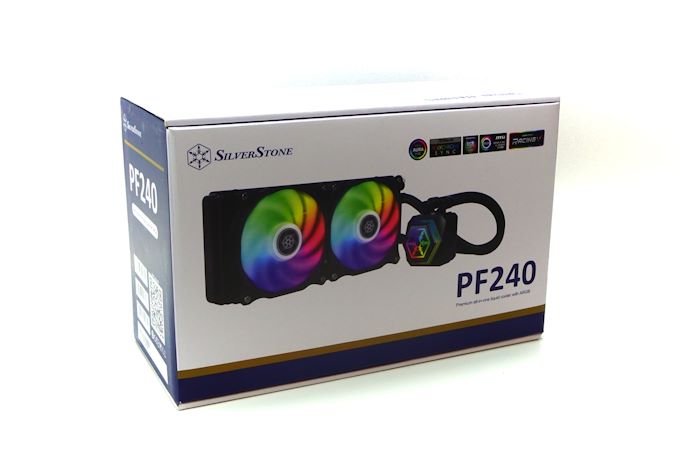 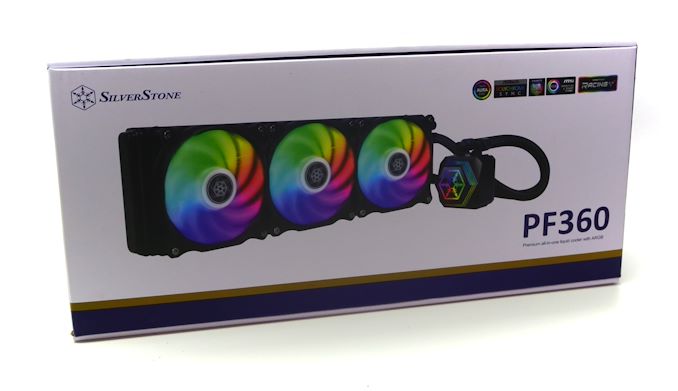 All three coolers share the exact same bundle, with the sole exception being the number of fans and their wiring. Inside the box, we found the necessary mounting hardware, a small syringe with thermal paste, the necessary power and LED wiring, and an ARGB lighting controller. 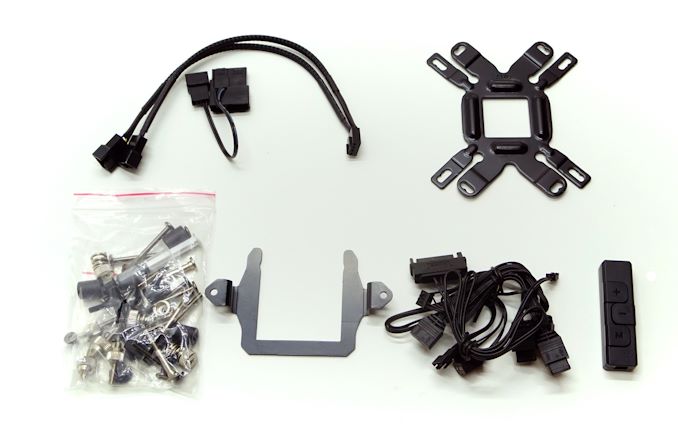 Meanwhile the ARGB LEDs of all three coolers are compatible with most motherboards featuring controllable RGB lighting. On compatible systems, the LED wiring of the AIO cooler can be attached directly to the motherboard, which directly controls the RGB lighting of the cooler via the software each motherboard manufacturer provides.

And while SilverStone does include a stand-alone ARGB controller as well, it's really meant to be used as a fallback option – to manually setup lighting effects with systems that do not have a compatible motherboard. It features several pre-programmed RGB lighting effects, as well as speed and brightness options, but it certainly is not convenient to open up the case each time one wants to change any lighting setting. These coolers are definitely meant to be used with compatible motherboards, where the control is performed via software. 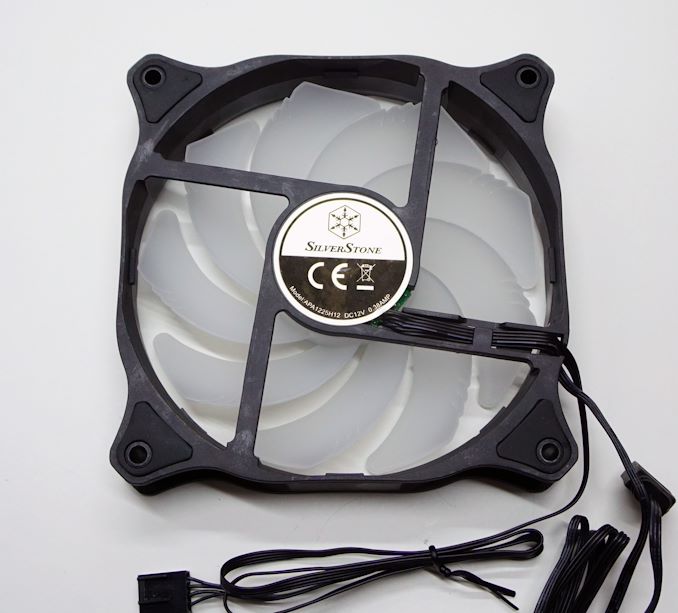 Depending on the version of the SilverStone PF ARGB cooler, you will receive one, two, or three 120 mm fans for their radiator. SilverStone supplies their APA1225H12 fans, which are identical to the Air Blazer 120 fan that the company markets as a stand-alone item. These fans feature a Hydro bearing engine for low noise and anti-vibration mounting pads. The nine narrow fins suggest that the fan is designed for high flow and low pressure, which should be fine considering the relatively thin radiators.