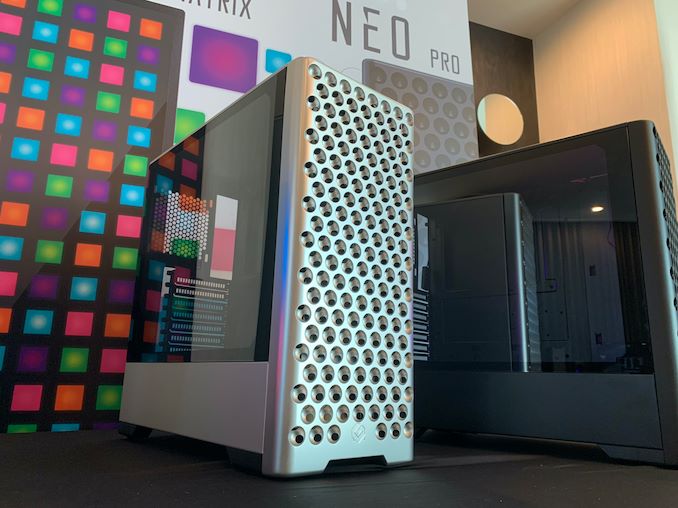 One of the more bemusing aspects of 2019 was the launch of the new Mac Pro. Powered by Intel’s Xeon W CPUs, it offered a range of options such that the most buoyant of budgets could splash out on a fully equipped $50k+ system from the fruit company. The chassis was a doozy: nicknamed the cheese grater, because it had a holey and angled design such that you could grate cheese on it. Some reviewers even did that in there reviews – no joke. The only problem with this case is that it is only available for Macs. Phanteks' gaming brand, Metallicgear, has the solution if you want it for PC, and it’s much cheaper.

This cheese grater is called the Metallicgear Neo Pro, and currently in the last stage of design before retailing later this year in March/April. The concept from Phanteks has, for lack of a better phrase, turned into a cheap knockoff, intentionally. Apple’s case is machined aluminum for that premium feel – this Neo Pro is by contrast a plastic design, hence its ability to be only $60. 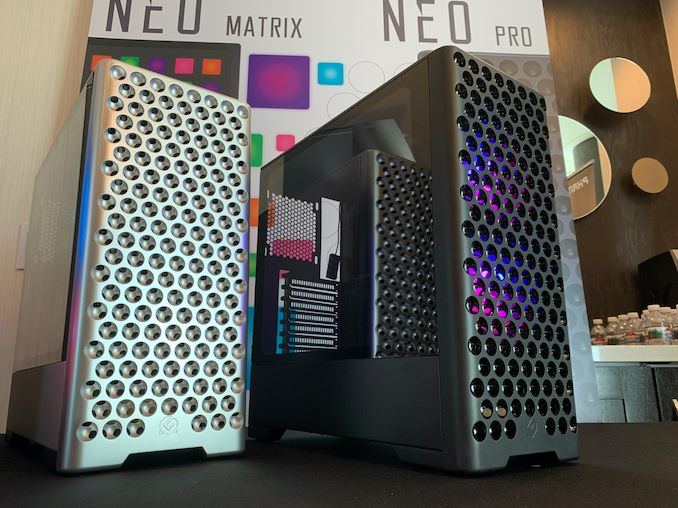 The circular vents are different to the Apple design, and the feel of the material is definitely different. Not only this, but Phanteks is thinking on making a set of wheels for it – a steal at $395 (they’re not actually making wheels, that’s a joke). However at a distance, you would be none the wiser, for at least the first few seconds. 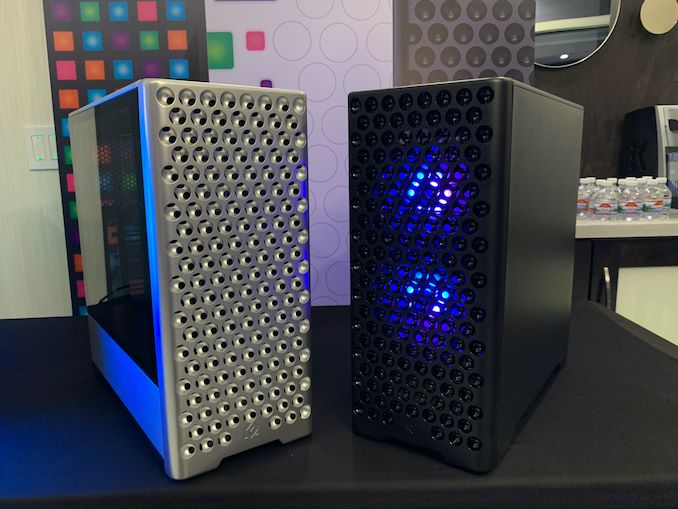 The chassis design fits an ATX motherboard, and the idea is to ship the black model first with two black fans. The side panel is tempered glass, and the power supply bay is covered compared to the rest of the design. The front IO panel is on the top of the case, with two USB ports and audio outputs. More details to come when Phanteks is ready to ship.

Part of me wants this case, just to build a more powerful system in it than the top-end Mac Pro. Either that, or fill it with more than $50k of hardware, just to see if it is possible.

Images provided by Phanteks - ours weren't that great.