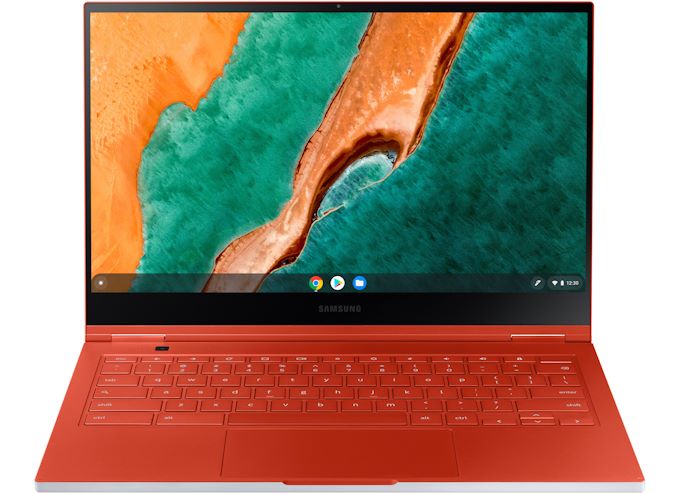 While sales Chrome OS-powered laptops are continuing to grow, the vast majority of these PCs – and arguably the platform itself – have been positioned as entry-level solutions both in terms of price and in terms of hardware. As a result, premium Chromebooks have historically been a commercial footnote; Google and Acer (among others) have developed some models, but nothing has really made a lasting impact on the larger Chromebook market.

Samsung, however, thinks that they finally have a winning formula for a high-end Chromebook. With the new Samsung Galaxy Chromebook, announced this week at CES, Samsung is looking to up the ante on what to expect from a Chromebook both in terms of design and hardware, putting together a Chromebook that can rival premium Windows notebooks in everything from features to pricing. 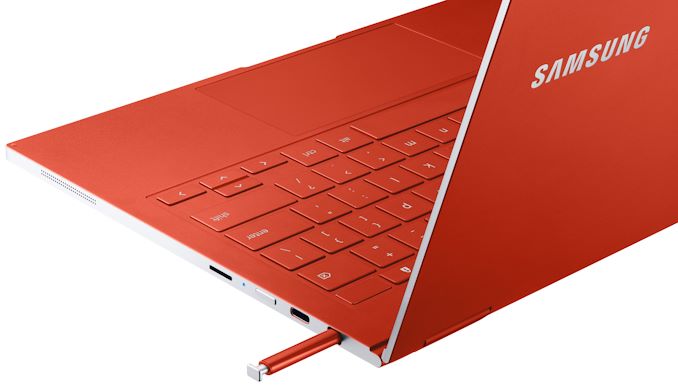 The 13.3-unch Samsung Galaxy Chromebook starts things off with a touch-enabled AMOLED display which offers a 3840×2160 resolution, a peak brightness of 400 nits in HDR mode, and a very high contrast ratio (given peculiarities of the AMOLED technology). The Galaxy Chromebook is a convertible and therefore it can be used as a tablet as well. To that end, Samsung equipped the unit with two cameras as well as a built-in stylus.

Keeping with the size and weight needs of a convertible, the Galaxy Chromebook is also rather light. The laptop tops out at 1 kilogram thanks to its lightweight aluminum chassis, and is 9.9 mm thick at its largest point. Though you might be hard-pressed to even realize it's aluminum at first thanks to Samsung's color choices; the convertible comes in a rather intense Fiesta Red (pictured), or for a lighter touch, Mercury Gray. 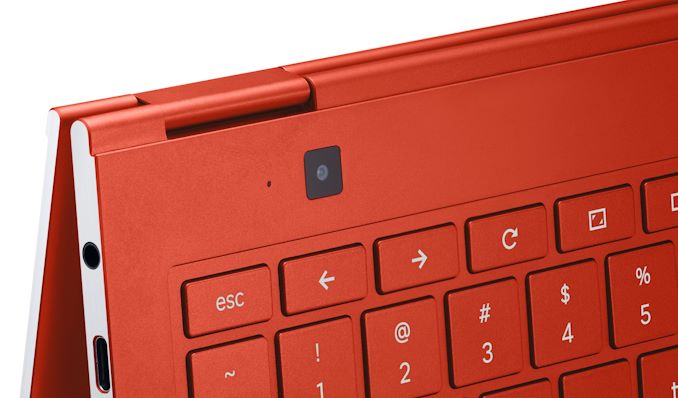 Under the hood, the Galaxy Chromebook packs Intel’s 10th Generation Core processor with UHD Graphics, which can be accompanied by up to 16 GB LPDDR3 memory as well as an M.2 SSD with a capacity up to 1TB. While there are numerous Apple MacOS or Microsoft Windows-based PCs to feature a configuration like this, most of Chromebooks come with very limited amounts of DRAM and equally limited storage space. By contrast, Samsung’s Galaxy Chromebook is much closer to a modern, high-end 2-in-1 running Chrome OS.

In fact, Samsung has gone as far as designing the Chromebook to meet Intel's feature and design standards for Project Athena. So as well as meeting Athena's performance requirements, the Galaxy Chromebook has also been certified to meet the program’s user experience targets in terms of responsiveness, instant wake, and battery life. Which, with a 49.2 Wh battery, goes a long way in a 13.3-inch laptop. 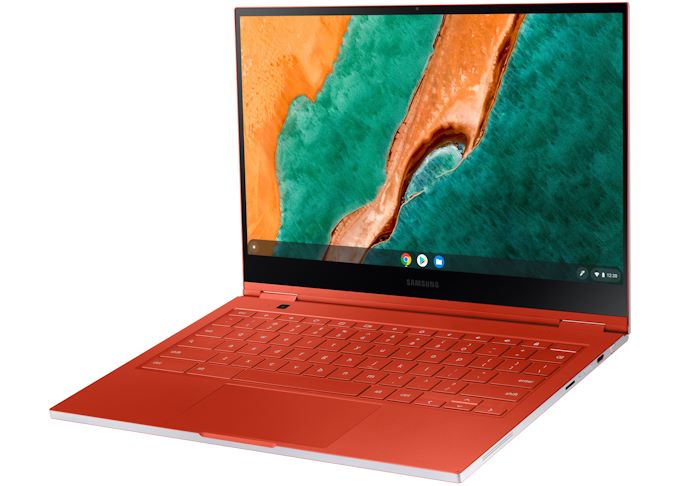 Meanwhile, the wireless connectivity of the Galaxy Chromebook includes Wi-Fi 6 and Bluetooth, whereas wired connectivity consists of two USB Type-C ports, a UFS/microSD card reader, and a 3.5-mm audio jack for headsets. The system also has two 2W speakers, a microphone array, and a separate mono microphone.

Samsung says that its Galaxy Chromebook will be available this quarter starting at $999.99 for an entry-level configuration, which is comparable to other Athena-class 13.3-inch notebooks, but certainly on the very high side for Chromebooks. And the top-of-the-line SKUs with faster processors and more storage will undoubtedly push that even higher. 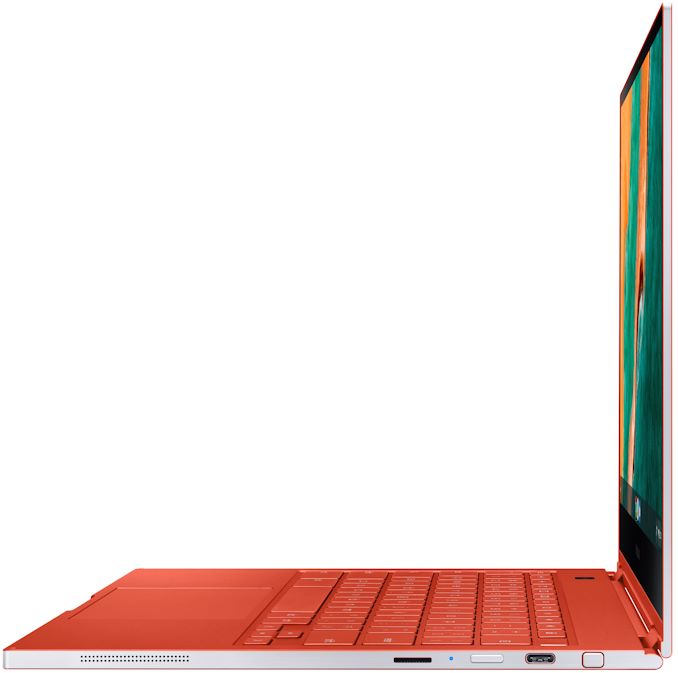