QNAP has introduced a new fanless NAS aimed primarily at home users. The HS-453DX Silent NAS can house two hard drives and it is powered by a quad-core Gemini Lake SoC. Featuring both 10 GbE connectivity as well as an HDMI 2.0 port, the box can be used to store data or to serve as an ultimate media player with massive storage capabilities.

Courtesy to Gemini Lake media decoding/encoding engine, the NAS supports direct 4Kp60 playback over HDMI 2.0 and transcoding videos for other devices (Apple TV, Amazon Fire TV, Google Chromecast, DLNA devices, etc.). To ensure that the NAS could be used as a media player, it is compatible with QNAP’s RM-IR004 remote control. 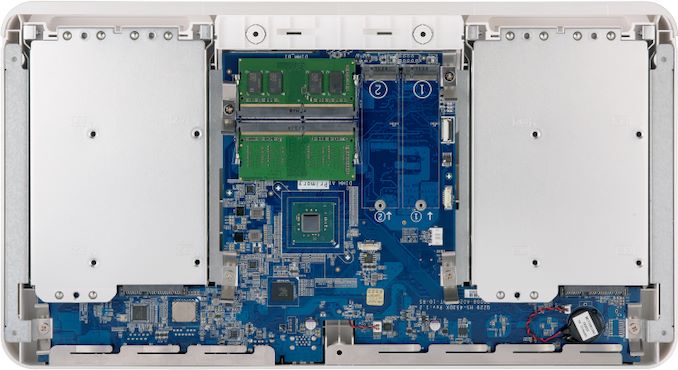 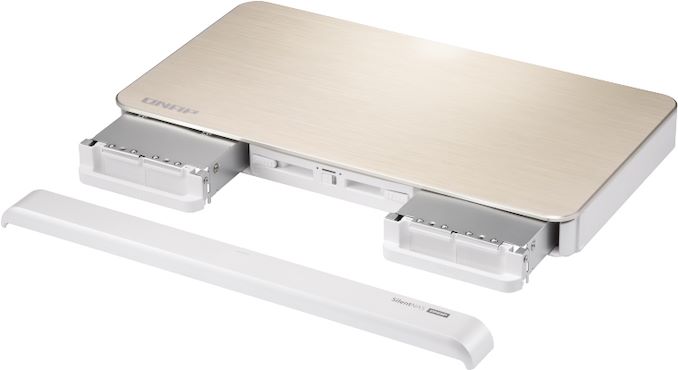 When it comes to performance, SSD caching enables the QNAP HS-453DX Silent NAS to offer up to 677 MB/s read/write speeds when SSDs operate in RAID mode. To ensure that solid-state drives have a long lifespan, QNAP’s software allows to manually set software-defined SSD RAID over-provisioning. Speaking of software, it is necessary to note that QNAP’s new NAS uses QTS operating system and therefore supports all the applications developed for this software platform.

QNAP’s HS-453DX Silent NAS is now available to the company’s partners, so expect it in retail in the coming weeks and months depending on the region.