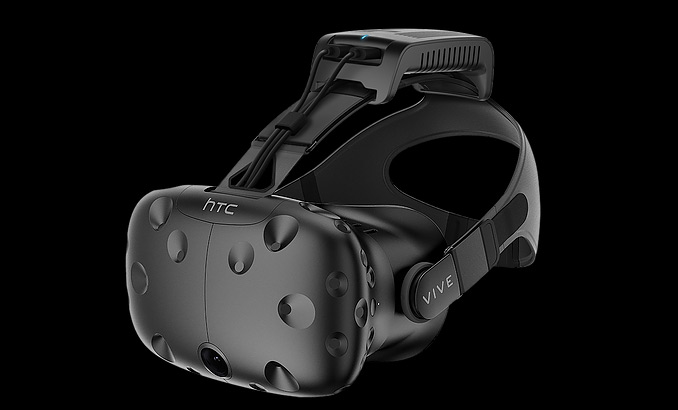 TPCast has finally begun to take North American pre-orders for its wireless headset adapter for the HTC Vive. Already released in China, the unit offers untethered operation of the HTC Vive for five hours as well as minimal latencies. The cost for this wireless motion is $299.99, and the company plans to begin shipments of the device later this month.

TPCast’s wireless adapter for Vive uses 60 GHz and other radios to connect the VR headset to the PC and thus eliminate cables, one of the major drawbacks of today’s high-end VR gear, and enables a greater freedom of movements for gamers. Common sense for most users put wireless connections as having a higher input lag that wired interconnections which may affect user experience, although TPCast claims to have solved this. It claims that the wireless adapter has an input latency of 2 ms, which is lower than “<7ms latency” featured by HTC’s wireless accessory for Vive created with Intel.

The relatively low latency of TPCast’s wireless adapter for Vive is enabled by Lattices’ MOD6320-T/MOD6321-R WirelessHD modules that are used to transmit VR display content from PC to the headset. Speaking of Lattice, the device also uses Lattice’s SiI9396 600 MHz HDMI bridge ICs and LatticeECP3 SERDES-based FPGA, so the company is a key developer of chips for the adapter. Neither TPCast nor Lattice disclose actual transmission rate that is used for the wireless adapter for Vive, but we know that the WirelessHD is speced for 10 – 28 Gbps, well in excess of the 8.2Gbps required for the Vive's hardware HDMI 1.4 connection.. 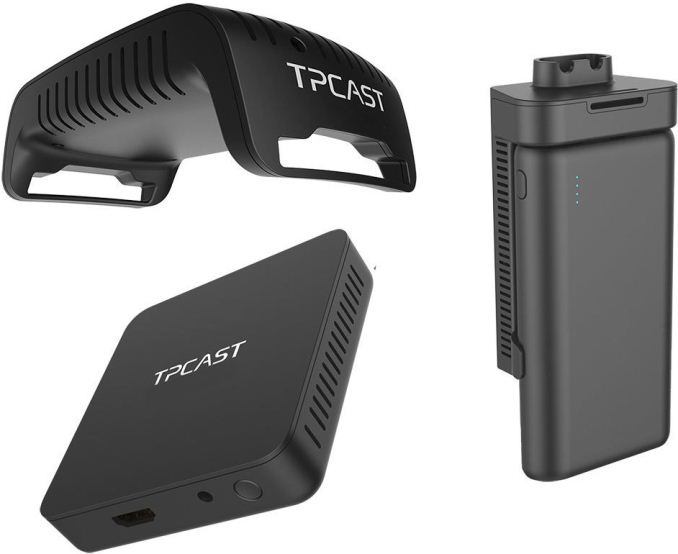 The TPCast Wireless Adapter for Vive kit consists of several pieces: the transmitter module that plugs to the Vive Linkbox (which is connected to the PC), the receiver that connects to the Vive headset, and an Anker PowerCore 20100 mAh (100.5 Wh) accumulator that provides up to five hours of battery life to the head mounted display. (interesting aside: at that capacity, it cannot be taken on-board aircraft.) The unit also comes with a charger, a router and a bunch of cables to make setup easier. It is noteworthy that TPCast requires customers to use its own router because it transmits information back from the HMD to the PC. 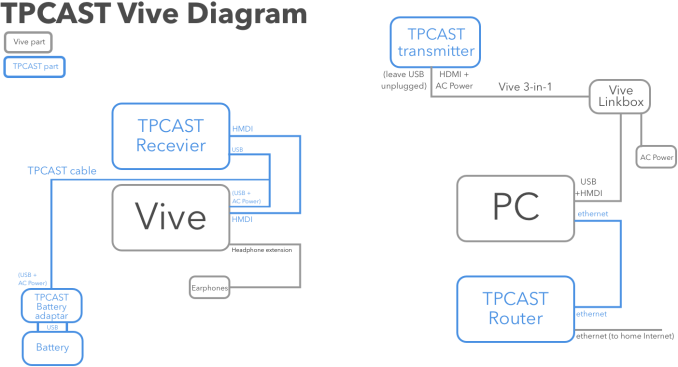 The TPCAST Wireless Adapter for Vive is now available for pre-order, at a price of $299.99, via Amazon, Newegg, and the company’s own website. TPCast plans to start shipments of the device on November 24 (for some reason, Newegg mentions November 20 as the release date), so expect retail availability of the unit after this date. 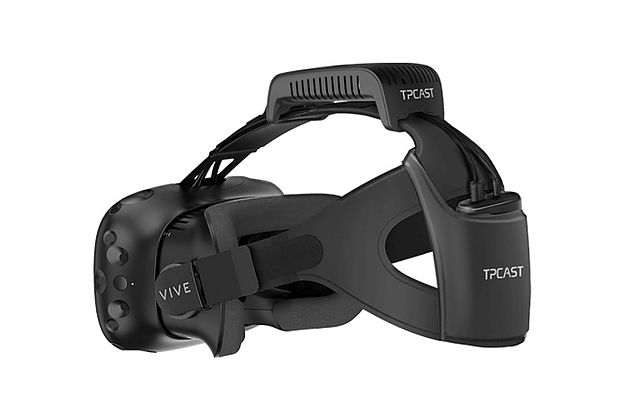 Source for the diagram: UploadVR