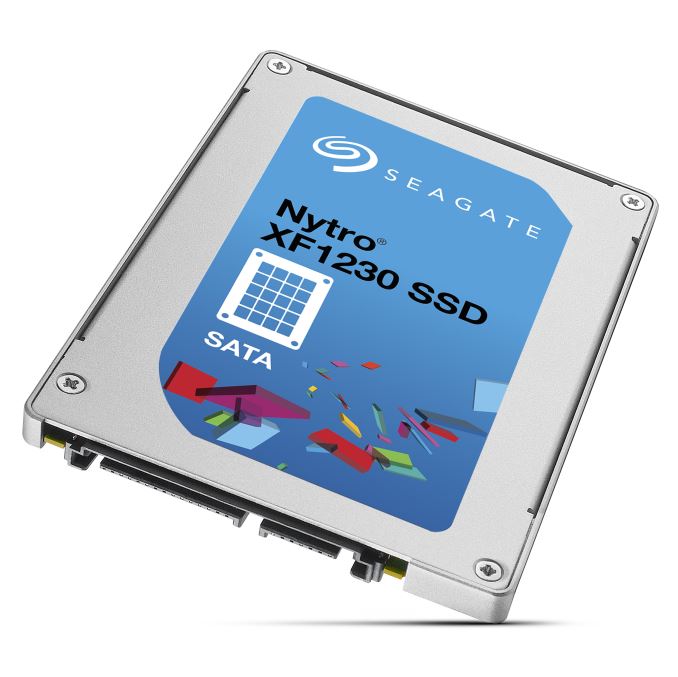 It's hard for any new SATA SSD to be big news. Aside from instances where new NAND flash enables higher capacities or a big price drop, almost everything we see is an incremental improvement where performance in particular doesn't increase much from one generation to the next. The new Seagate Nytro XF1230 enterprise SATA SSD is notable not for its technical specifications, but for who's selling it. Seagate has been absent from the SATA SSD market for quite a while since the 600 and 600 Pro SSDs were discontinued, but now they're getting back in the game.

The Seagate Nytro XF1230 is intended for use with read-intensive workloads but its use of eMLC NAND flash also gives it decent write performance and endurance. Seagate isn't disclosing who their partners are for the NAND or the SSD controller, but the combination of Micron NAND and Marvell controllers has been working well for Seagate lately in the PCIe space.

The drive writes per day ratings are about twice the usual for read-oriented SSDs, which broadens its scope of appeal slightly. The steady-state random write performance is not record-breaking but is reasonable for this kind of product. As with virtually all enterprise SSDs, the XF1230 includes full power loss protection, but encryption support is not advertised.

The Seagate Nytro XF1230 is in mass production now and is sampling to Seagate partners.