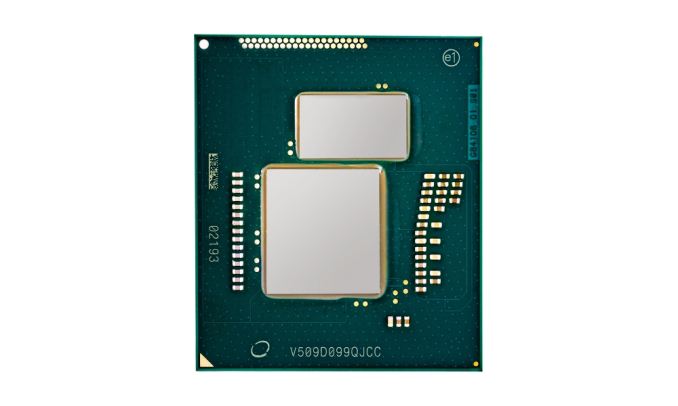 As part of Intel’s batch of announcements today, including Broadwell on the desktop and Thunderbolt 3, the 47W laptop/mini-PC processors that were also launched offers an interesting talking point. These are essentially the drop in models for current high end Haswell laptops, offering manufacturers an upgrade path before Intel’s 6th Generation, Skylake.

The five SKUs are:

The clear odd one out here is the i7-5700HQ, already announced in some laptops, which holds HD 5600 graphics whereas the rest are on Iris Pro 6200 with Crystal Well and have an extra 128 MB of eDRAM that acts as an L4 cache. The i5 is also the lower SKU coming with two cores and four threads, suggesting that this is a disabled die to satisfy yields rather than a native dual core design. Pricing is appropriate, with the i5 also getting only 4MB of L3 cache but a higher base frequency than some of the quad core variants.

We have 47W Broadwell based laptops inbound for review, but the interesting element in this is that Apple recently updated their Macbook Pro line but decided not to wait for the official Broadwell announcement. It is a little unclear why, but the i7-4770HQ and i7-4870HQ variants would match up nicely (with speed bumps) to the i7-5750HQ and i7-5870HQ as they are both listed at the same price.