This is the next generation MacBook Pro

Alongside updated Ivy Bridge MacBook Air and MacBook Pro models, Apple is introducing a third member of its notebook lineup. This is the next generation MacBook Pro with Retina Display. It's priced at $2199 (8GB memory, 256GB SSD) and available starting today. 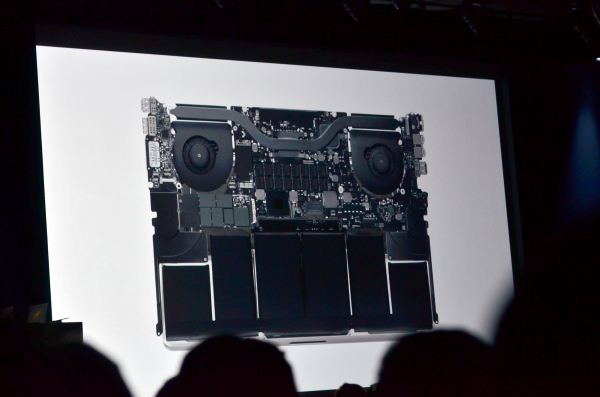 The new unibody shell is just 0.71-inches thick and weighs 4.46-lbs. The big feature of the next-gen MacBook Pro is its Retina Display. Available in one size configuration at 15.4-inches, the new panel is a 2880 x 1800 IPS model.  Apple is boasting up to a 75% reduction in glare and reflections. The display is now integrated into the unibody, allowing Apple to remove its cover glass. 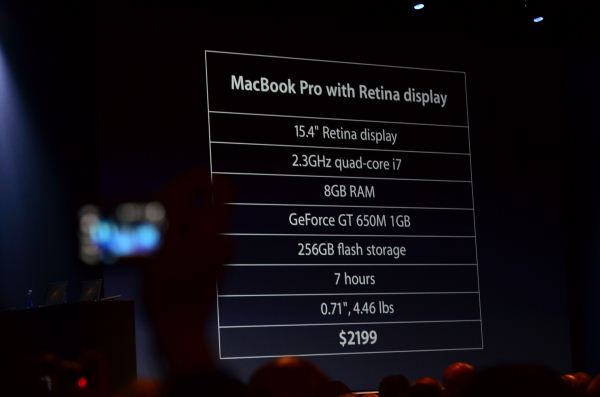 Apps have to be updated to take advantage of the display, however pixel doubling is supported for scaling those that haven't been updated.

Gallery: This is the next generation MacBook Pro
Tweet
PRINT THIS ARTICLE
Comments Locked