Before we start, I would like to state that this "article" started out as a short blog a couple of days ago about component choices I selected based on price/performance, and it ended up becoming this multi-page story written in blog form. My apologies upfront for anyone offended by the first person writing style, but providing additional content to the original subject matter sounded like a good idea. So let's see what I purchased before we move on to how well the selected components work in our next article, one that will be more formal.

I recently decided to upgrade a couple of computers in the household. Both upgrades come out of necessity as each machine was nearing the end of its lifecycle and each one started to develop ghost in the machine behavioral patterns. One is my general workstation that more or less serves as a jack-of-all-trades system and the other is my youngest daughter's personal computer that serves as the hub of her communication universe.

Her vast communication universe consists of all the popular instant messaging programs that keep her in constant contact and communication with dozens of friends who always seem to be online even when they are traveling or playing outside. Of course, constant visits to MySpace and other online communities are of upmost priority as is the ability to update her school's website since she is part of the Web Team responsible for it. Just the normal daily life for a ten year old who apparently needs at least a 24" monitor just to keep track of the thirty or so open windows at any given time.

It is certainly different times now compared to when I was growing up. I used to think attaching kite string between two paper cups qualified as a major means of communication with my friends next door when growing up. Yes, the invention of the walkie-talkie had already occurred - and probably fire now that I think about it. However, trying to get the string/cup combination to work as well as that old issue of Popular Science said it would was a real challenge, as was not trying to blow up the garage again.

Getting back to the original task, I had an $850 budget allocated for each system, with a little leeway since I was expecting a three-year cycle for each platform. Of course, I already had in mind that both platforms would be easily upgradable to extend their lifespan a little longer if required. We generally adhere to a very strict budget in our household and this was going to be one of those major expenses for the year so the leeway was not that much.

Fortunately, I had bought new monitors for each of us last year so that major expense was out of the way. We both upgraded from first generation Acer 22" LCD panels (Ed: wonder what the parents will get for Christmas this year…) to the Gateway 24" FHD2400 we recently reviewed. I ended up purchasing a couple of under 30 day open box returns for $279 each, a major expense yes, but about $200 less than street price along with a new warranty. 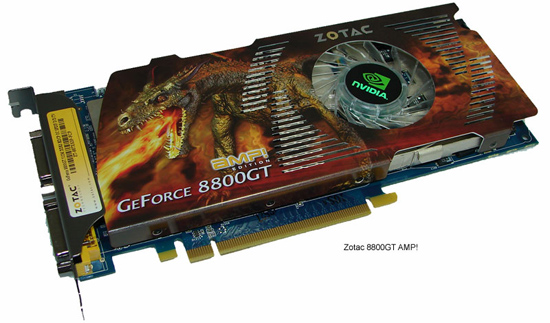 At this point, I like to quip with the wife that you have to spend money to save money. However, I have to admit that finding a bargain is of upmost importance when spending my own money on computer equipment. You might find that statement perplexing considering the website I work for, but there is rarely an opportunity to utilize products we review. When that opportunity does strike, I like to use my lab pass to score components for my son's gaming habits.

As such, hunting for bargains online and at local stores like Frys' - along with trading components with friends just as obsessive about computers - is the standard operating procedure. Still, I have to admit that just ordering components from an e-tailor like Newegg, NCIXUS, or several other sites is sometimes the quickest method I utilize when time is not on my side.

I had also secured a couple of SilverStone SG03 cases from a distributor that was going out of business for a price I am embarrassed to print. Like most users, space is an issue so going smaller on the case was going to help reduce clutter in both rooms by replacing a couple of custom Lian Li cases I had built during the case mod craze a few years ago. They looked spectacular at the time, but now they seem to be completely out of place. (My daughter covers hers up with a small blanket when friends are over.) In fact, even visitors to the house seem quietly offended by them. It's kind of like when old "Uncle Burt" comes over and tries the "pull my finger" trick on our kids who no longer find it amusing.