ASRock has announced one of the industry’s first Mini-ITX motherboards for Intel’s latest Core X processors in the LGA2066 packaging. The new X299E-ITX/ac is small, but it takes full advantage of Intel’s new X299 platform, offering support for all CPUs with up to 18 cores, quad-channel DDR4 memory on the higher-end CPUs, three PCIe 3.0 x4 M.2 slots as well as everything that one might expect from a Mini-ITX board, including Wi-Fi. 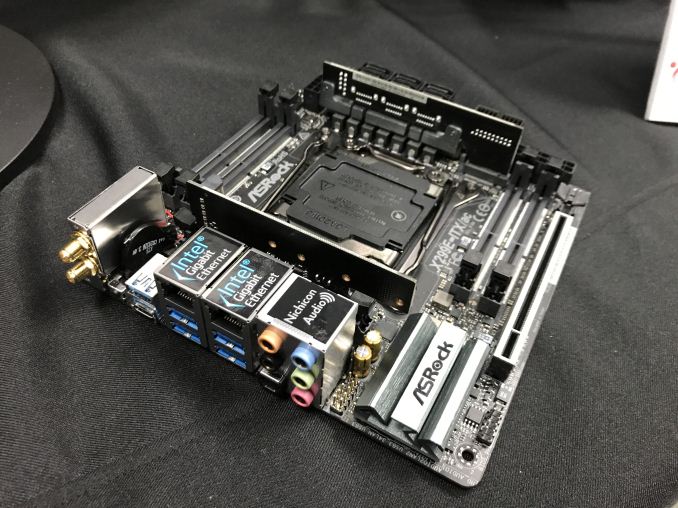 Besides being a miniature motherboard for Intel's HEDT processors, the most important aspect of the ASRock X299E-ITX/ac is support for quad-channel memory in this form-factor. The company’s previous-gen Intel X99-based Mini-ITX mainboard was feature-packed, but one of the things it missed was the quad-channel memory sub-system, which had an expected negative effect on performance in applications that required high memory bandwidth. By contrast, the new unit has four SO-DIMM DDR4 memory slots and even supports DDR4 overclocking (assuming that there are SO-DIMMs that can be significantly overclocked). In fact, putting four memory slots onto a small motherboard while also fitting the LGA 2066 socket and required high-capactiy VRMs is a rather remarkable engineering achievement. The flip side however is that the very tightly packed design of the X299E-ITX/ac may impose certain limitations on compatibility with large cooling systems. 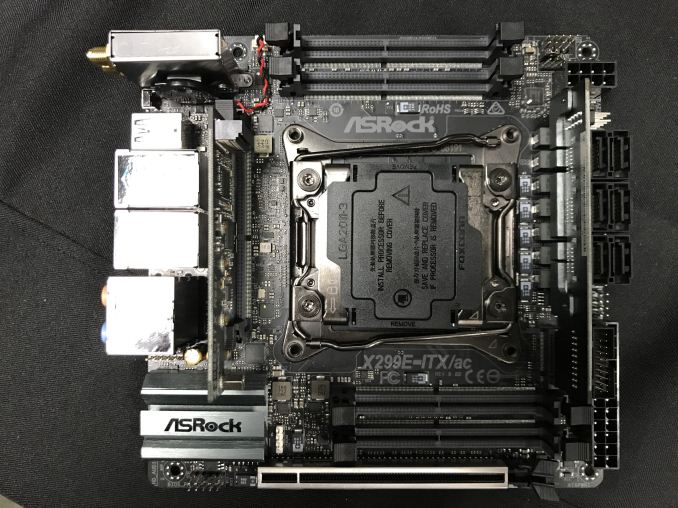 Just like every other Mini-ITX motherboard around, the ASRock X299E-ITX/ac has only one PCIe 3.0 x16 slot for graphics cards. In the meantime, the X299E-ITX/ac is the first miniature mainboard to feature three M.2 slots (PCIe 3.0 x4 or SATA) for SSDs. In addition, the board carries six SATA 6 Gbps headers for builds that require multiple storage devices in drive form-factor. It is noteworthy that in order to fit everything it wanted onto a Mini-ITX PCB, ASRock had to place the USB 3.1 controller, SATA ports and one M.2 slot on custom DIMM-like modules - essentially going vertical when they ran out of horizontal space. Such modules add certain dimension-related limitations to the size of CPU radiators (plus, it remains to be seen how higher-end M.2 SSDs perform when located near a CPU cooler), but this is a tradeoff that the manufacturer had to take. 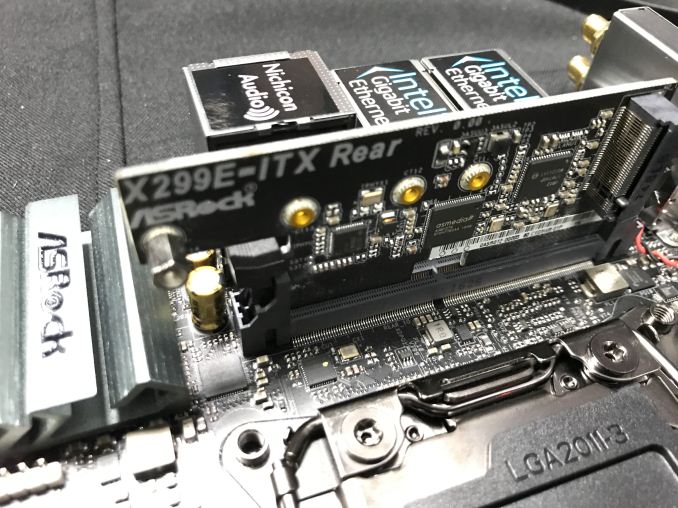 The ASRock X299E-ITC/ac will be available in the coming months for about $280 - $300, depending on the region and other factors. Such a price point is considerably higher than MSRPs of most Mini-ITX motherboards, but given the fact that this is a very high-end platform (with equally high component requirements) aimed at enthusiasts, it is not unusual. In fact, from many standpoint it may be considered as an entry-level X299 board simply because it does not provide opulence of its bigger brethren. 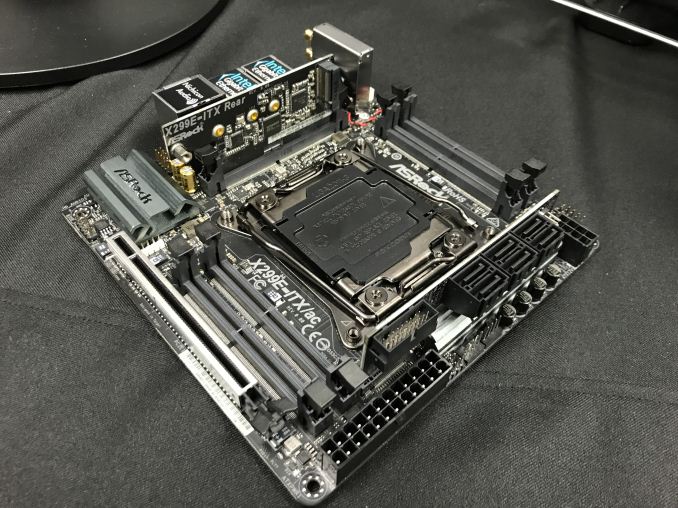