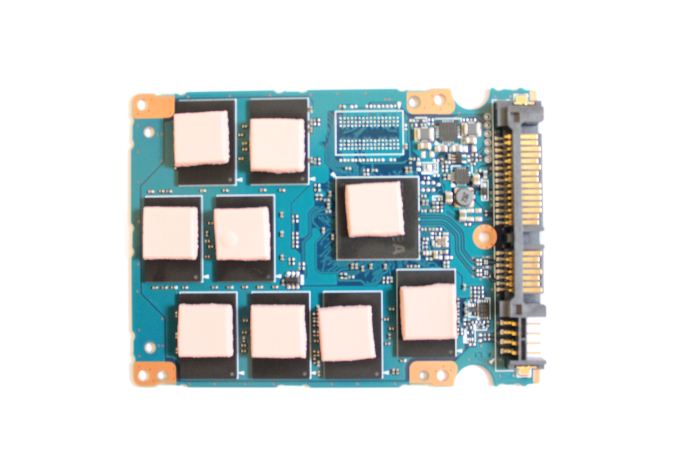 All major chips are covered by pink thermal pads for heat dissipation. The interesting thing about the controller is that while it's based on Marvell silicon, it does not require any external DRAM. One of the reasons why SSD OEMs have preferred SandForce controllers is that they require no DRAM, which helps to drive costs down. The DRAM is mainly needed for caching the NAND mapping table, although some manufacturers also use it to cache writes, but it's certainly possible to build a design that doesn't require any external DRAM. Especially if you have access to the silicon (like I suspect Toshiba does; this doesn't seem like an off-the-shelf Marvell controller), you can make sure the controller has sufficient built-in caches to eliminate the need for DRAM. What's odd is that there is, however, an empty socket for DRAM next to the controller. It seems that either some models come with additional DRAM (bigger capacities may require a larger NAND mapping table) or the PCB design was simply finalized before the controller/firmware. I asked Strontium about the lack of DRAM but unfortunately they didn't have any knowledge of its purpose as it's purely a Toshiba/Marvell design. 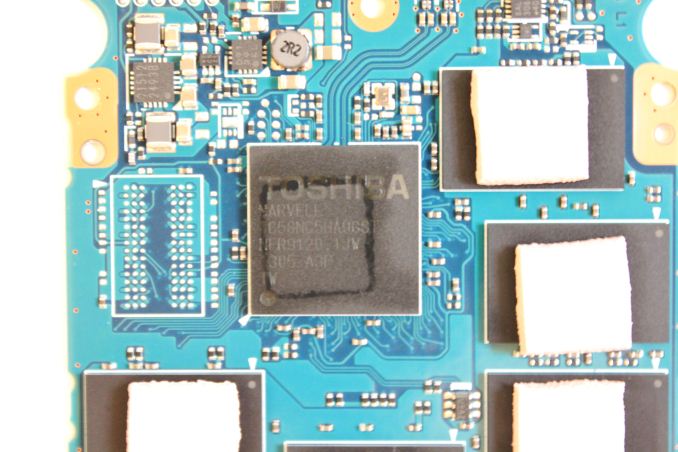 As for the NAND, there are eight packages and each package is 32GiB (4x8GiB) in size. 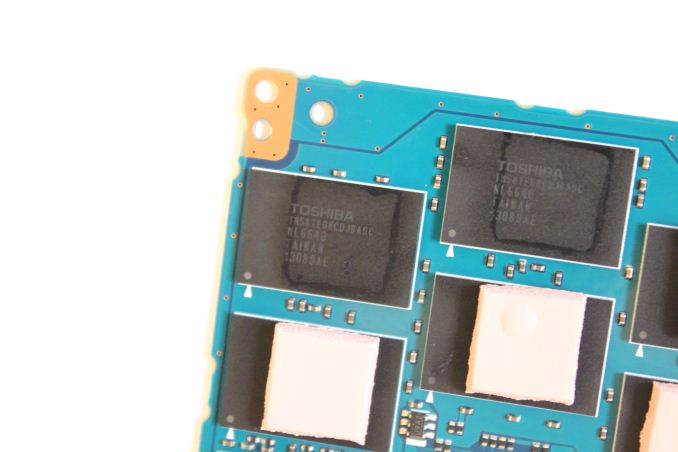