The Future: Competition, Secrecy, & the Unexpected

Finally, while Apple developing their own GPU is not unexpected given their interests and resources, the ramifications of it may very well be. There hasn’t been a new, major GPU vendor in almost a decade – technically Qualcomm’s team would count as the youngest, though it’s a spin-off of what’s now AMD’s Radeon Technologies Group – and in fact like the overall SoC market itself, the market for GPU vendors has been contracting as costs go up and SoC designers settle around fewer, more powerful GPU vendors. So for someone as flush with cash as Apple to join the GPU race is a very big deal; just by virtue of starting development of their own GPU, they are now the richest GPU designer.

Of course, once they start shipping their custom GPU, this will also open them up to patent challenges from those other players. While it has largely been on the backburner of public attention, this decade has seen a few GPU vendors take SoC vendors to court. This includes NVIDIA with Samsung and Qualcomm (a case that they lost), and still ongoing is AMD’s case against LG/MediaTek/Sigma/Vizio.

GPU development is a lot more competitive due to the fact that developers and compiled programs aren’t tied to a specific architecture – the abstraction of the APIs insulates against individual architectures – however it also means that there a lot of companies developing novel technologies, and all of those companies are moving in the same general direction with their designs. This potentially makes it very difficult to develop an efficient GPU, as the best means of achieving that efficiency have often already been patented.

What exists then is an uneasy balance between GPU vendors, and a whole lot of secrets. AMD and NVIDIA keep each other in check with their significant patent holdings, Intel licenses NVIDIA patents, etc. And on the flip side of the coin, some vendors like Qualcomm simply don’t talk about their GPUs, and while this has never been stated by the company, the running assumption has long been that they don’t want to expose themselves to patent suits. So as the new kid on the block, Apple is walking straight into a potential legal quagmire. 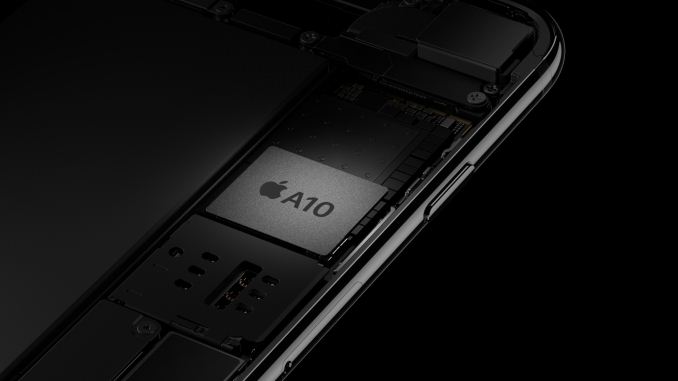 Unfortunately, I suspect this means that we’ll be lucky to get any kind of technical details out of Apple on how their GPUs work. They can’t fully hide how their CPUs work due to how program compilation works (which is why we know as much as we do), but the abstraction provided by graphics APIs makes it very easy to hide the inner-workings of a GPU and make it a black box. Even when we know how something works, features and implementation details can be hidden right under our noses.

Ultimately today’s press release is a bit bitter-sweet for all involved in the industry. On the one hand it absolutely puts Imagination, a long-time GPU developer, on the back foot. Which is not to spell doom and gloom, but the company will have to work very hard to make up for losing Apple. On the other hand, with a new competitor in the GPU space – albeit one we’ve been expecting – it’s a sign that things are about to get very interesting. If nothing else, Apple enjoys throwing curveballs, so expect the unexpected.