The Promise of Gigabit Wi-Fi

The Nighthawk X8 R8500 is marketed as an AC5300-class router. This naturally leads consumers to wonder whether it is really possible to get gigabit Wi-Fi (considering that an AC5300 router should theoretically support up to 2165 Mbps on each of the 5 GHz bands). In order to test out this aspect, we configured another R8500 in bridge mode (this is necessary to test 4x4 Wi-Fi bridging at the maximum possible link rate because 1024-QAM works only with other Broadcom devices, and the R8500 is the only Broadcom device that also has 4x4 capabilities). 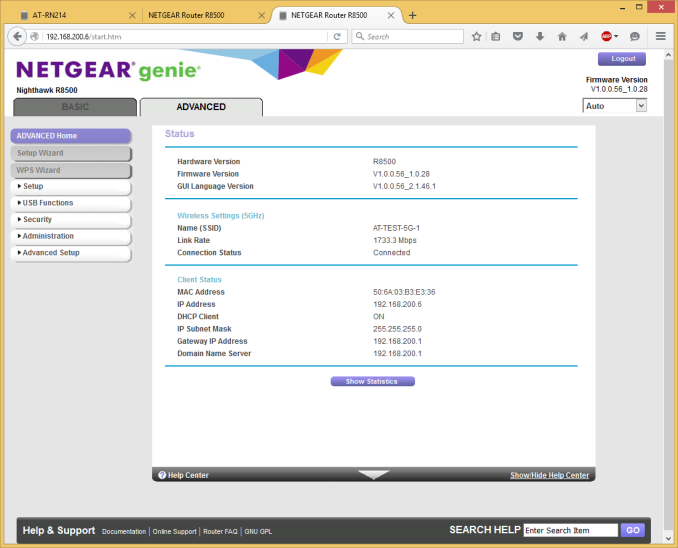 Irrespective of where we placed the bridging router relative to the main R8500, we found that the link rate never reached 2165 Mbps, but topped out at 1733 Mbps. Eventually, we settled down on keeping the bridging router around 10 ft away, but, across a drywall (in order to simulate realistic conditions). The wired PCs connected to ports 3,4 and 5 of the main router were shifted to ports 1,2 and 3 of the bridging R8500. To our consternation, the results from running our folder download / upload test were downright abysmal. 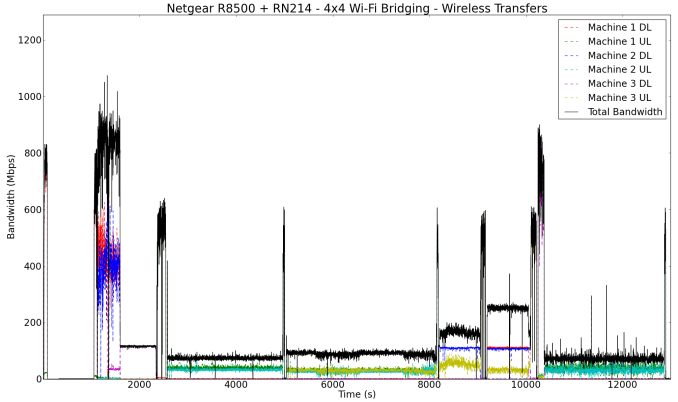 While we did see occasional bursts of more than 800 Mbps during the testing, the majority of the time was spent in the 100 Mbps range. Apparently, we were not the only people to notice this issue, leading me to believe that there is still plenty of scope for performance improvements in the R8500.

It must be noted that the bridged R8500 connects only to one of the 5 GHz SSIDs. Could the second SSID help in driving up the throughput numbers? The R8500 in bridge mode was obviously not performing well. So, we shifted to using two Netgear Nighthawk R7000 routers in bridge mode, with each one connecting to one of the 5 GHz SSIDs. Ideally, we should also have had a third router in bridge mode to connect to the 2.4 GHz band, but we decided to test out with bridging on just the two 5 GHz SSIDs. We also cut down the number of clients from three to two (one to each bridging router). 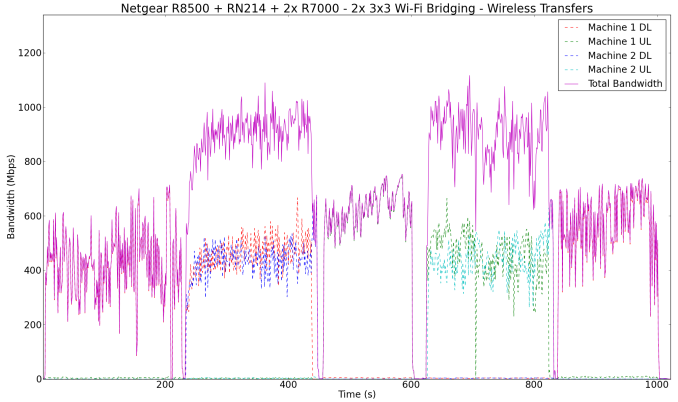 The performance in this case was much better. We managed to sustain close to gigabit speeds over wireless (over two 5 GHz channels) for the multi-client upload and download cases. Note that each stream managed between 400 Mbps and 500 Mbps only despite a link rate of 1300 Mbps.

We set out to check the effectiveness of link aggregation with the Netgear R8500 and Netgear ReadyNAS RN214, and we are pleased with the user-friendliness of the whole process. Netgear has managed to bring the concept of link aggregation to mainstream consumers with the Nighthawk X8 R8500 AC5300 router. The ReadyNAS RN214 is a nice complement to the router for this purpose. The whole setup process is pretty much seamless. The sole suggestion we would like to make here is that the ReadyNAS web UI could make the transmit has policy for 802.3ad LACP to be Layer 2 + 3 by default (instead of Layer 2 only). 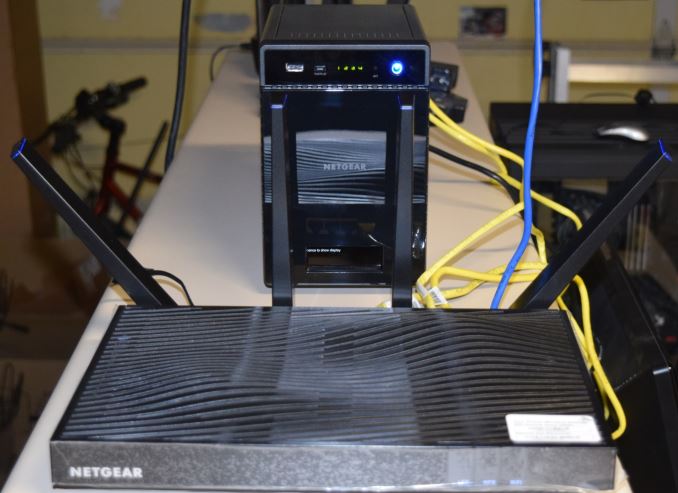 On the gigabit Wi-Fi side, consumers are going to be a tad disappointed. Despite claims of up to 5.3 Gbps speeds, the router seems barely capable of 1 Gbps over Wi-Fi (out of a possible theoretical 4.3 Gbps) under real world conditions. Though we didn't set out to review the full capabilities of the Nighthawk X8 R8500, it is evident from our limited wireless testing that there is plenty of scope for performance improvements in the firmware.