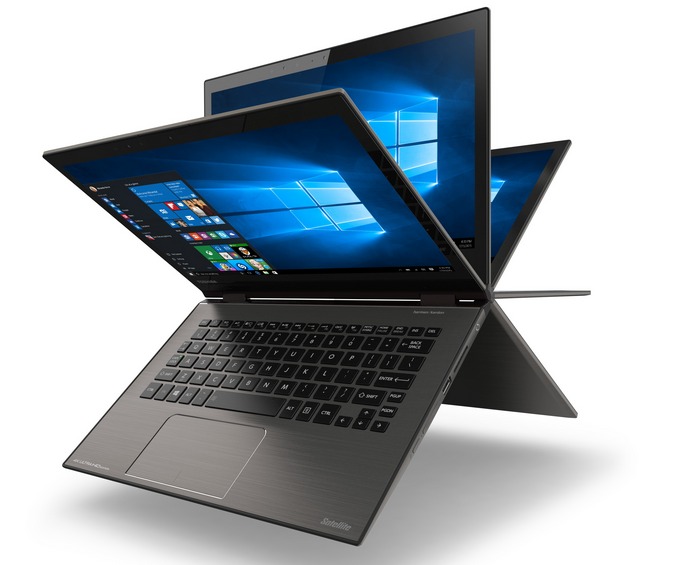 Toshiba announced a trio of convertible notebooks today. The two Satellite devices offer a 360° hinge, and the third device is the Satellite Click 10 which is a tablet with an attachable keyboard. It looks like Toshiba has gone all out here with some beautifully designed hardware and some impressive components. 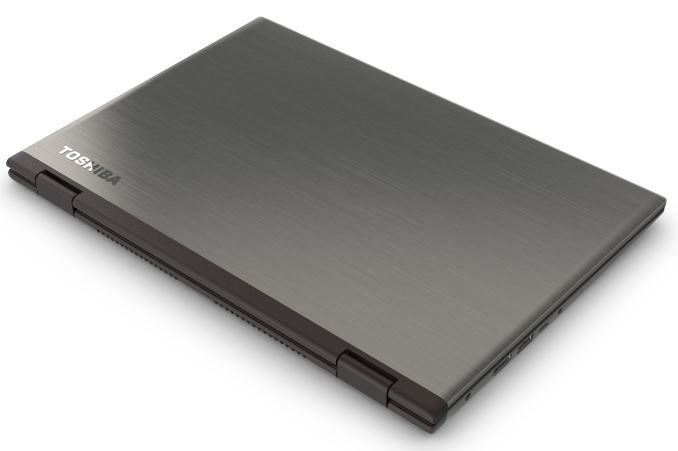 The Satellite Radius 12 is a 12.5-inch convertible notebook. Toshiba has provided an option of a wide-gamut UHD 3840x2160 display which gives a smartphone like pixel density of 353 pixels per inch. This is certainly one of the sharpest displays ever offered in a notebook, and the IPS panel supports 100% of the Adobe RGB color space. Most devices struggle to cover all of the smaller sRGB space, so this panel should be great for content creators needing a wider gamut. It is also certified by Technicolor for color fidelity and accuracy. Toshiba offers Chroma Tune software which allows the user to select which color space they want to target for the content they are viewing. The touch screen is protected by Corning Gorilla Glass NBT as well so it should stay looking fantastic for a long time. 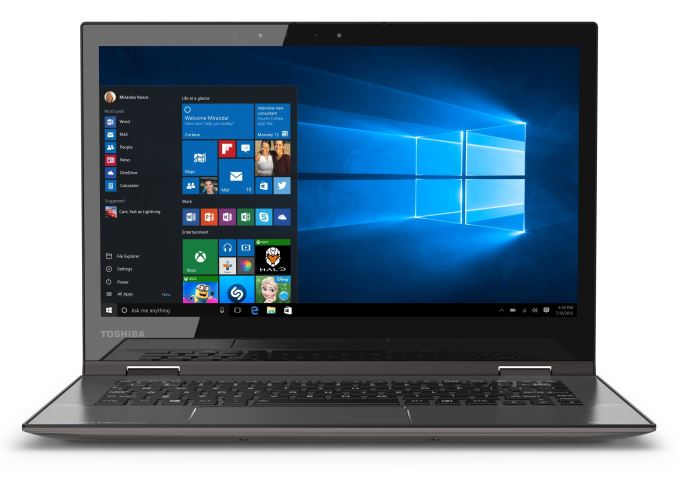 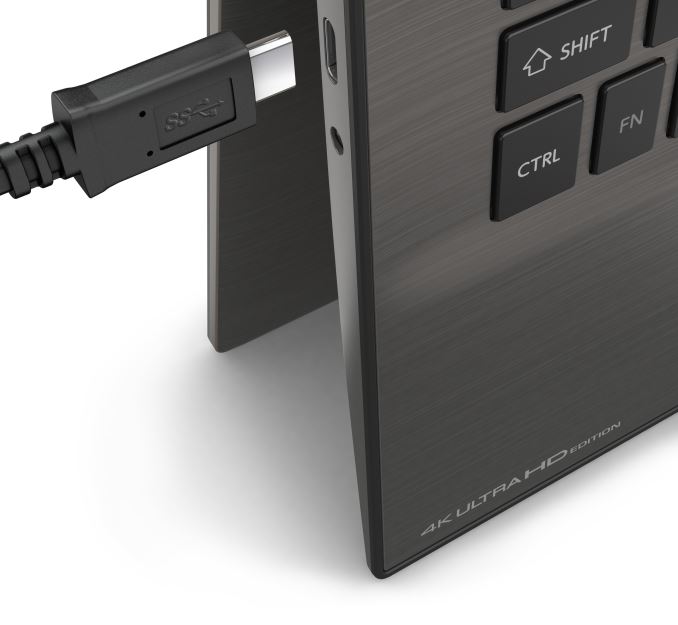 Powering this 2.9 lb 0.6-inch thick notebook is of course the latest Intel Skylake processors. Exact processor models are not listed but it will be the Intel U series and should offer great performance. It has also been designed for Windows 10, and offers Windows Hello authentication with an included infrared camera. It also features a dedicated Cortana button for quick access to Windows 10 digital personal assistant. It has a USB-C port for data transfer, but it will not be used for charging. 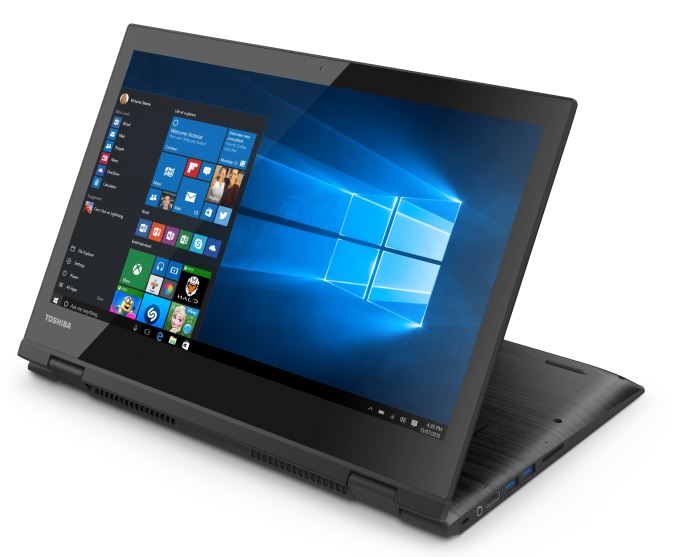 Toshiba is also rolling out a new Satellite Radius 14 model. While it won’t have the UHD display option, the 14-inch display will still feature 1920x1080 resolution which is a good resolution on a 14-inch laptop. I do not have the full specifications for this larger convertible notebook yet, but it will have processor choices of Intel’s Skylake Core processors or AMD Quad-Core models as well. It will be available with either hard disk or solid state offerings. Battery life is rated for up to ten hours, and availability will also be in Q4 of this year. 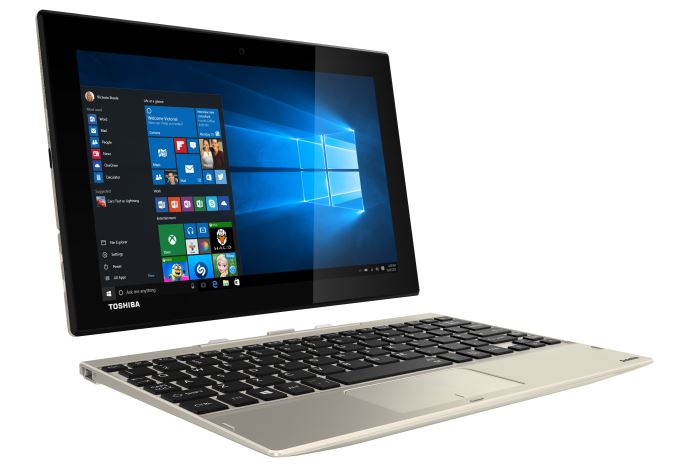 Toshiba is also launching an updated convertible tablet with the Satellite Click 10. This 10-inch tablet will offer a click-on attachable keyboard for those that want to use it as a notebook, and they keyboard itself stretches as wide as it can on the small chassis to give as big of a keyboard as possible. It will be powered by Intel’s Cherry Trail Atom processor with 4 GB of memory, and although the full specifications are not listed that likely means it is going to be the x7-8700 model. Storage is up 64 GB of eMMC which should provide enough storage if used as a tablet. If you need more space, you can add up to 128 GB through a microSD slot, although Windows 10 does not allow you to install Windows Store apps on microSD yet. The Satellite Click 10 also features a dedicated Cortana button and a dual-array microphone to let you talk to Cortana even if the environment is noisy. Battery life is rated for over fourteen hours with the keyboard attached, since it also has a battery.

Like the other two devices, it will be available in Q4 2015.