But by far the biggest question however is what all of this lends towards the usability of the new MacBook. With Apple developing a smaller form factor and then charging a premium price for it, whether it’s worth it is a perfectly legitimate question. And the answer to that question is that it depends.

We’ll get to the all-important performance considerations in a bit, but I want to start with design first. For something built for a new form factor like a MacBook I think it’s important to look at the overall design and whether it makes sense in the first place before even getting to the tradeoffs Apple made to get here.

The 2015 MacBook reminds me of the original MacBook Air in a lot of ways, and in fact that’s probably the biggest knock against it. In 2008 the MacBook Air was revolutionary, it created what we now know as the Ultrabook category and was so cutting edge that it contained an Intel Core CPU in a form factor that no one else could get at the time. Consequently the MacBook Air wasn’t just smaller than the MacBook or MacBook Pro, but it was a lot smaller than its larger, heavier predecessors. 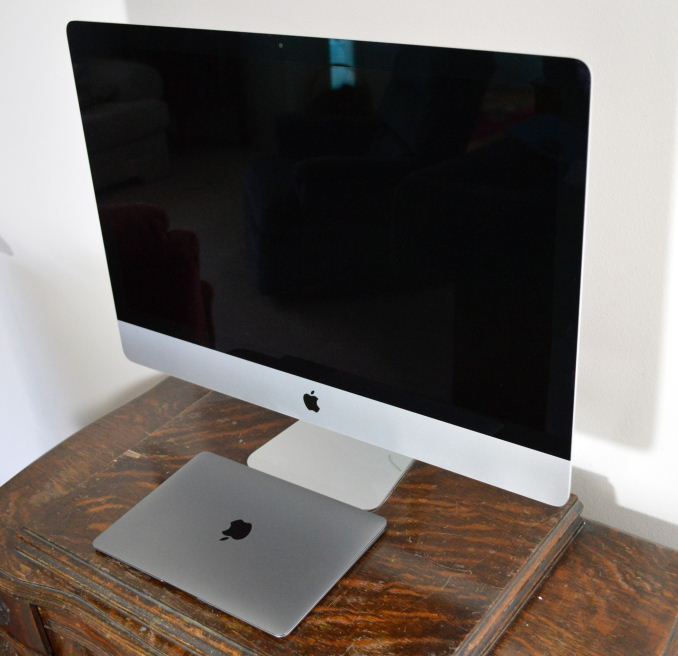 The MacBook, by contrast, is not the same jump in size. Calculated against their respective thickest points, the new MacBook is still 73% of the volume of the 11” MacBook Air. Similarly, its 0.92Kg weight is 85% of the weight of said MacBook Air. This means that whereas the original MacBook Air was a very important jump for the Apple’s laptop line, the new MacBook doesn’t get the same benefit.

With that said, there is still a distinct difference between the MacBook and MacBook Air, one that likely doesn’t mean as much in numbers as it does in feel. On a personal note my travel laptop of choice is an Asus ZenBook UX21A, an 11” Ultrabook that is a dead-ringer for the 11” MacBook Air in size and weight. So having toted around the MacBook for the past week working on this review, I was surprised by just how different it felt from my 11” ZenBook. The ZenBook is already towards the light-end of the Ultrabook spectrum, and yet after carrying around the MacBook the ZenBook feels heavy. It may only be 20% heavier in practice, but just carrying the two in hand it certainly feels like it’s more than that.

For work purposes I have always favored the 11” Ultrabook for its size and weight. It’s easy to carry around and small enough to hold with one hand or to balance on one knee as situations dictate. And while it’s not perfect – 11” isn’t much screen real-estate and doesn’t allow for much of a keyboard – as an ultra-portable secondary computer for someone who already has a desktop, it fits my needs very well.

Which is why I was surprised by just how much I ended up liking the MacBook’s size and form factor. It’s smaller than an 11” Ultrabook and yet if anything it feels bigger when in use – perhaps due to the 16:10 screen – and the weight difference can really be felt. Before using the MacBook if you had asked me whether I would want an even smaller laptop I would have dismissed the notion, but after using the MacBook I have to stop and reconsider that position.

Ultimately I’m reminded a great deal of the launch of the original MacBook Air, where Apple specifically touted it as a travel computer for someone with more than one computer. For most people it’s smaller than what you’d want to use day-in and day-out, but as a travel laptop it’s great. Consequently the MacBook as it stands is an interesting alternative to the MacBook Air lineup; it fills a lot of the same roles, but it does so while being even thinner and lighter.

That said, compared to a MacBook Air these size improvements don’t come for free. There are performance considerations to be had with the Core M processor, which we’ll get to in our look at system performance. The trade-off for thin and light is a similar reduction in performance, so even though the MacBook and MacBook Air overlap at times, they are separated by size versus performance.

Finally, we would be remiss in not covering the tablet/laptop crossover factor as well. The fact that Apple takes as many design cues as they do from the iPad – the colors, the focus on size, and the limited number of ports – is telling. I hesitate to say too much about the MacBook as an iPad alternative since these devices are still so different. But for someone wanting to step up from something like an iPad into a full sized, fully capable laptop computer, this is exactly what such a device might look like.