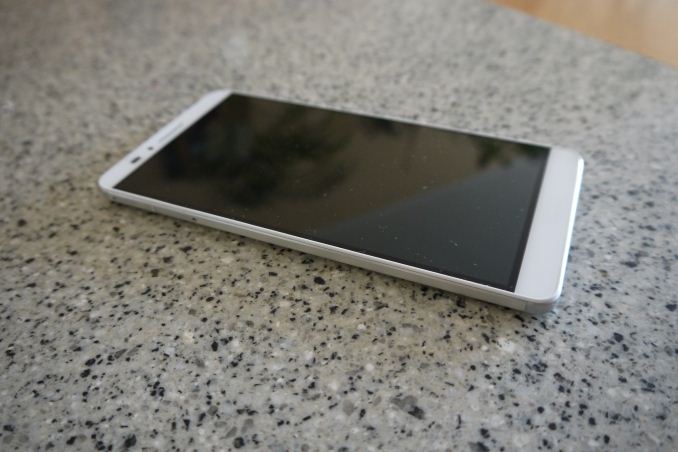 It's been a while since I got the Mate 7 at IFA in Berlin and I have been using it on an off since then. As a new member of the AnandTech crew I still had to get the proper equipment to be able to go through our test bench on my own. After lots of delays for which I apologize, we finally take a thorough look at the Huawei's new flagship.

Huawei's been launching new devices at great speed this year. The Ascend Mate 2, which is the Mate 7's literal predecessor was only released earlier in the year, but came only as a more mid-range specced device with corresponding price-tag. Huawei has been gearing up and is now targeting the high-end to try to gain marketshare from other established manufacturers such as Samsung, HTC and Apple.

The Mate 7's most differentiating factor here is the use of Huawei's subsidiary HiSilicon Kirin 925 in-house SoC. If you've been closely following this SoC you will know that I took an in-depth look into this chip in the review of the Huawei Honor 6. I recommend re-reading the SoC page to freshen up yourself on the more intricate details of the silicon, as the Mate 7 employs the same chip with only a slight speed bump on the CPU. In fact, the HiSilicon Kirin 925 seems to be a re-named Kirin 920, as both chips sport the same Hi3630 model number internally. As such, it offers the same fundamental capabilities as the 920: an ARM big.LITTLE design with a quadcore A7 at 1.3GHz and a quadcore A15 at a slightly raised 1.8GHz. Graphics capabilities is delivered by an ARM Mali T628MP4 GPU running at 600MHz, so no change over the Kirin 920.

Again, connectivity is provided by HiSilicon's own integrated Balong LTE Cat. 6 modem. I've mentioned in my review of the Honor 6 that I couldn't test the modem at all due to receiving a Chinese variant only compatible with TDD LTE and TCDMA frequencies and was limited to 2G only. Luckily, the Mate 7 supports a very wide range of frequencies which should make it compatible with all European networks, supporting bands B1/2/3/4/5/7/8/20/28. 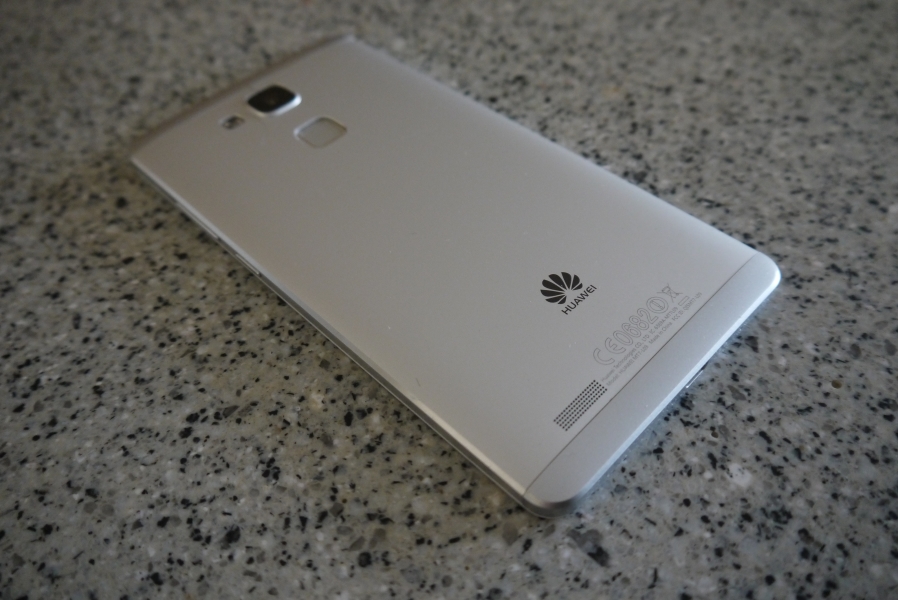 In terms of design and build quality, this is Huawei's best attempt to date. The Mate 7 comes in a mostly aluminium frame which covers its sides and most of the back. We find plastic covers at the top and bottom on the device, undoubtedly the RF windows used for the antennas of the various networking components. There is a single large speaker on the lower of the phone, which performs surprisingly well, as it offers a deeper and louder output than the Note 4 which employs a similar design.

The front glass panel is surrounded by a plastic coasted metal rim on the very edges. On my white model, this made for an odd contrast with the metallic look of the sides and back of the device, the black model that I took some photos of back at the announcement which you can see here is definitely a more attractive variant. I'm not too sure why Huawei opted for this plastic coating, as it can be easily damaged during a fall and expose the underlying metal, as a full sturdy plastic rim would have been more sturdy.

With a 6" 1080p display the Mate 7 is well into the phablet category of devices. The dimensions figure at 157 x 81 x 7.9mm, making this one of the biggest phones out there and easily matching the Nexus 6 in terms of footprint. The 185g weight is also something to consider - in my subjective opinion this is an aspect of phablets that gets overlooked easily, and can easily be a negative point for everyday usage.

On the top back of the phone we have a raised camera bulge, encasing the Sony IMX214 module. A strong LED flash accompanies the camera. There is a thin slip of plastic coming from the top of the phone towards the camera module separating the aluminium back, this is done as to enable NFC to work through the metal design.

Finally, under the the camera we find the fingerprint sensor. This is a touch-sensor manufactured by Swedish company FPC, which may be the FPC1020 that was announced late last year. As such, Huawei is the first manufacturer following Apple's TouchID to offer a full touch sensor as opposed to a swipe implementation as found on Samsung's devices. It offers full 360° print rotation readout support, no matter if you have wet fingers or not. Huawei implements a RF sensing ring around the sensor that makes it possible to detect your finger even when the device is sleeping (as it will wake the device up). This allows for turning on of the device and unlocking in a single action. I've found the success-rate of the sensor to be extremely high, but only as long as you center your finger well on the sensor area, as I have the impression the sensor itself is much smaller than what the design makes you believe.

One thing I found very odd and unsatisfying is that the USB 2.0 port on the bottom isn't actually symmetrically in the middle of the device, but slightly to the left. A strange design decision that may have been result of technical limitations in internal layout of the phone. 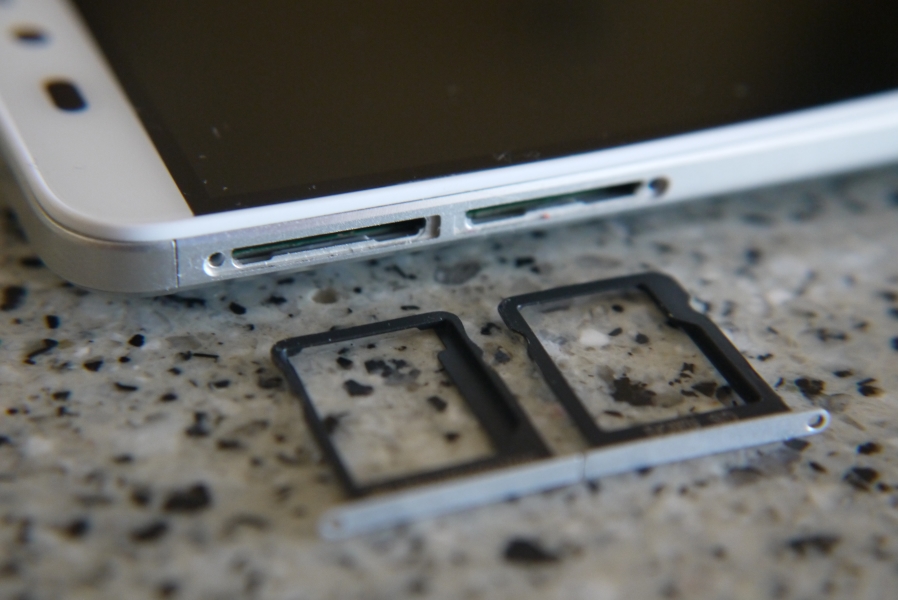 On the right side of the phone we have the volume and power buttons in a comfortable and reachable height, the buttons are made out metal and offer good tactility. On the left side, we find two ejectable trays which hold, for one, a microSIM, and in the other, both a microSD and a nanoSIM. The design of the second (bottom) tray is quite innovative in that regard. A SIM eject tool comes packaged with the phone.

Overall, the Mate 7 is an attractive device with good build quality. Due to the thinness of the device it's not as uncomfortable as you might expect it given the size. I definitely prefer the black model as it gives it a more sleek look than the white plasticky front of the white one.