ZBOX Sphere OI520 Plus: Zotac's Take on the NUC 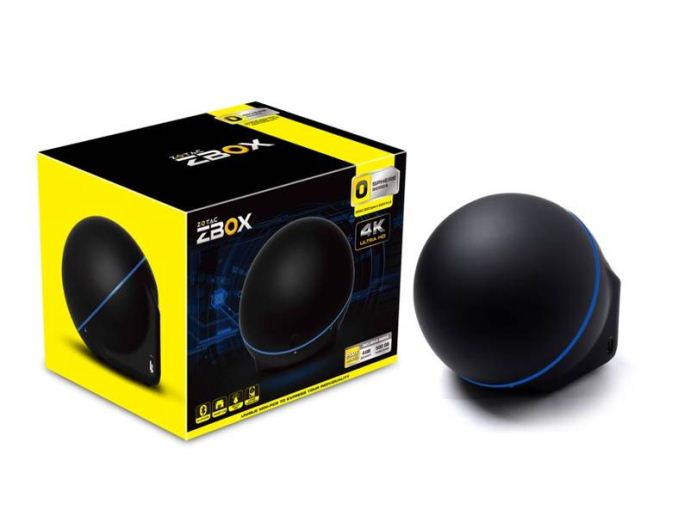 The Intel NUC has created a very successful niche for itself in the SFF PC market. It provides us with insights into where the traditional casual / home use desktop market might end up. While vendors such as Logic Supply have taken the Intel NUC motherboard as the base and built effective designs on top of it, companies like Gigabyte have their own take with the BRIX lineup (which has more options compared to the traditional NUC line, including AM-based ones and NVIDIA GPU-equipped units). In this situation, we have Zotac come out with the ZBOX Sphere lineup. A motherboard tracing its origins (like the Intel-based BRIX units) to the Intel NUC, it differentiates itself mainly in its aesthetics. Even though the features like support for a mSATA SSD in addition to the standard 2.5" drive immediately remind users of the NUC, Zotac is itself no stranger to UCFF motherboards and systems. We have seen the Zotac nano xs units predate the NUC, making Zotac a pionner in this domain..Update: Zotac confirmed to us that the motherboard inside the OI520 is based off their existing Haswell-based nano units.

Zotac provides both barebones and Plus models, as is customary with all their pre-built PCs. The Plus model comes with a disk drive as well as some DRAM bundled. Our review configuration was the Plus model with the following configuration.

The Zotac PCs don't come with any pre-installed OS, but we do have a read-only USB key with Windows drivers. In addition to the main unit, the other components of the package include a 65 W (19V @ 3.42A) adapter, a US power cord, a Quick Start guide and an user manual. We installed Windows 8.1 Professional x64 for our evaluation purposes. 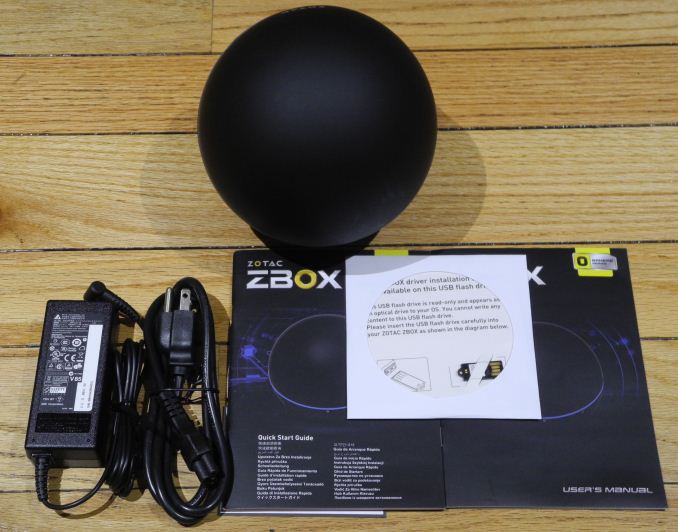 There is no doubt that the ZBOX Sphere series owes its design aesthetics to the ill-fated Nexus Q. The rear of the unit has been modified a bit to accommodate the motherboard at an angle. Unlike some of the other mini-PCs that we have evaluated, this one ticks the right box in having a USB port on the side. The gallery below takes us around the hardware.

Gallery: Zotac ZBOX OI520 Plus: In & Around the Unit

Prior to moving on with the rest of the review, we have a small table that gives an overview of the various systems that we are comparing the ZBOX OI520 against. Note that they may not belong to the same market segment. The relevant configuration details of the machines are provided so that readers have an understanding of why some benchmark numbers are skewed for or against the OI520 when we come to those sections.