At the release of the Maximus VII series of ROG motherboards, we had the Gene, the Hero and the new member of the group, the Ranger.  Oddly absent were the three more important members of that group – the Formula, the Impact and the Extreme.  At Computex this year, at the ROG press conference, the Impact and the Formula were announced, but no Extreme.  Actually one of my sources suggested that there will not be a Maximus VII Extreme for this generation, with effort being directed more towards the more extreme platforms expected later this year instead.

The Impact was one of the stars of the Z87 chipset, featuring a mini-ITX motherboard that proved to be a good extreme overclocker for memory but also featured in many small form factor gaming builds.  This upgrade was exhibited in the Maximini, a case modification by reapervon: 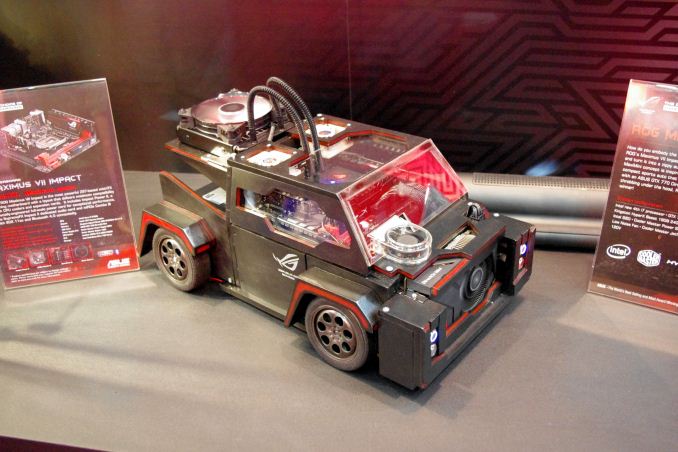 Inside this small case is a GTX 760 DirectCU Mini, as well as a closed-loop liquid cooler for the CPU and low noise-fans.  As I have mentioned over the years, some industries like to have technological showcases to prove what can be done, or to test what the public likes, and the motherboard industry is starting to jump on board.  Sometimes these shows have custom mods that look great, this being one example. 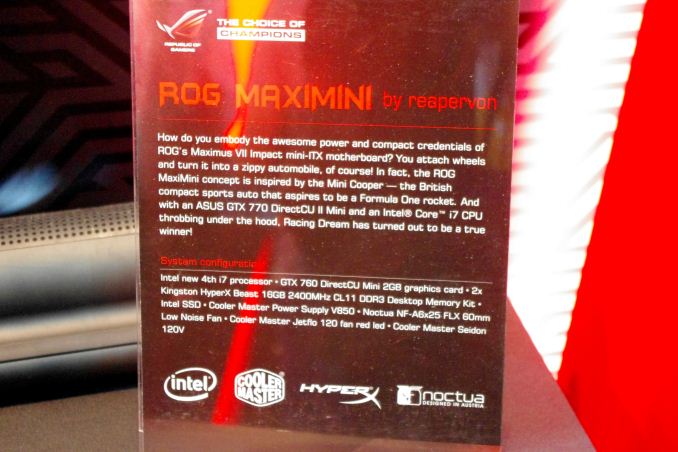 The main feature point for the new Impact motherboard is the mPCIe Combo IV, featuring M.2 x4 support from the CPU, meaning PCIe 3.0 lanes.  This is despite the lack of PCIe 3.0 M.2 drives out in the market right now – ASUS is expecting them within the next couple of iterations of M.2 however. 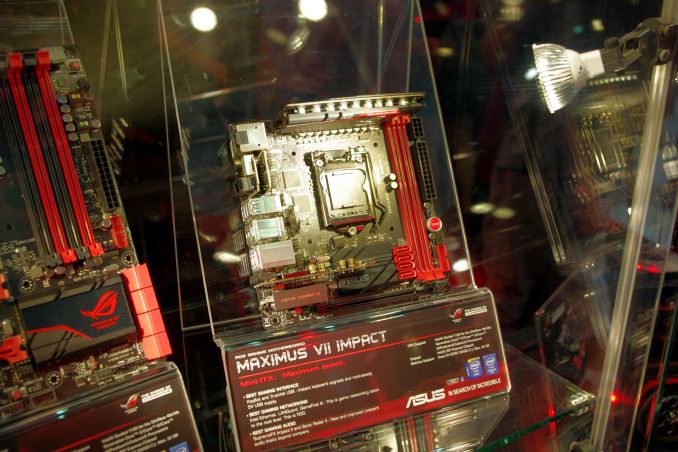 The Impact has an upgraded SupremeFX solution, which like in the last generation uses a daughter board to provide PCB separation and a focused audio design.  The power connectors are both on the right hand side of the motherboard which should make cabling easier, and I really want to see this right angled power delivery migrate to other bigger form factors in order to provide space for other features.

One motherboard I was not expecting to see in the ROG section of the ASUS booth was the H97-Pro Gamer. 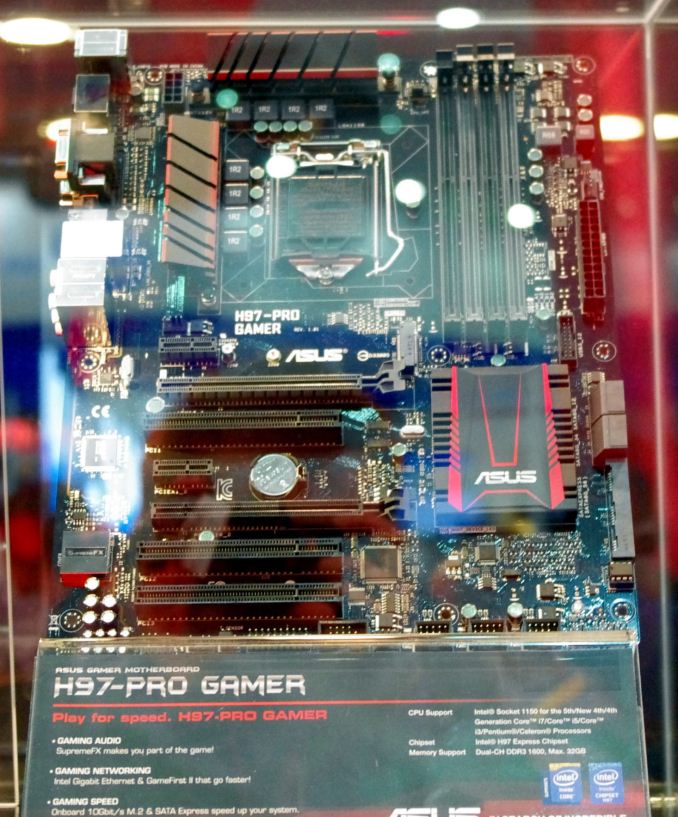 At this moment, this is not a full member of the ROG motherboard section, but it takes obvious cues from the ROG branding.  I am unsure at this point of time if this motherboard is derived from the ROG team inside ASUS or the channel motherboard team, or if ASUS was just showing this motherboard to gain interest.  Other motherboard manufacturers have moved some of their gaming range models to the H or B series chipsets with varied success, but I would be surprised if ASUS was trying to undercut their own Maximus VII Hero and Ranger models.  H97 means no CPU overclocking of course, so I guess in an effort to provide cheaper options in markets where the high-end models are not applicable then going with a non-overclocking version might work.  From the image above we can see SupremeFX integrated on the motherboard, as well as SATA Express and M.2.  There are no TPU or EPU headers, and a big PCIe to PCI switch is also present. 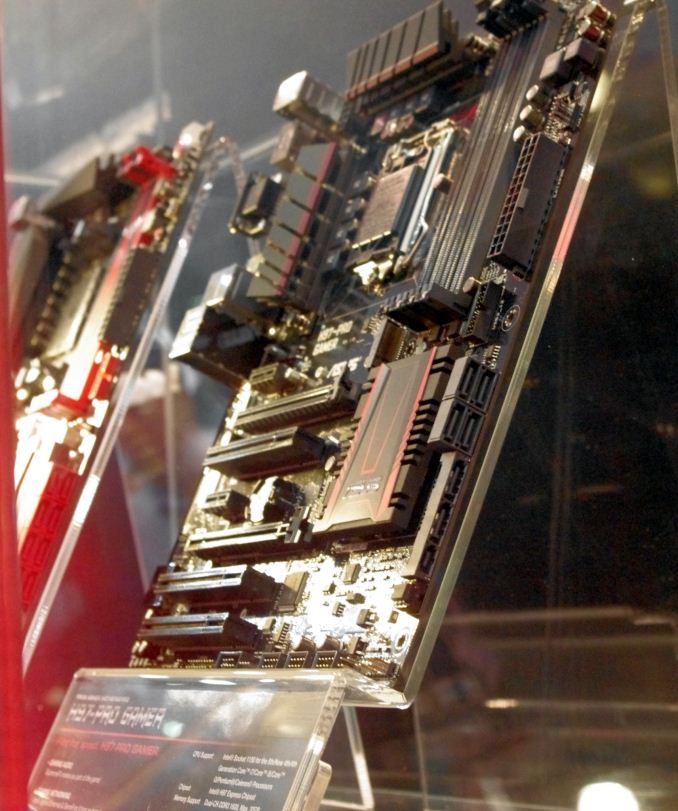