It may seem a little odd, but the server motherboard manufacturers of almost all of the motherboard companies are completely different departments to those in the consumer space. They are usually treated as completely different entities, different design teams, different marketing and different sales tactics. There is little, if any, cross collaboration between what feels like two different companies under the same branding. The main reason for this is the customer. Server customers can have wider ranging requirements and the server sections are more accustomed to building specific products for a particular customer providing the volume is sufficient.

This lack of cross-collaboration, and different priorities, is the reason that server BIOSes are full of options that make almost zero sense to most people but also go back to pre-UEFI days. There is no F12 ‘Screenshot to USB’ option in these BIOSes, so I had to dust off the camera and tripod for the following: 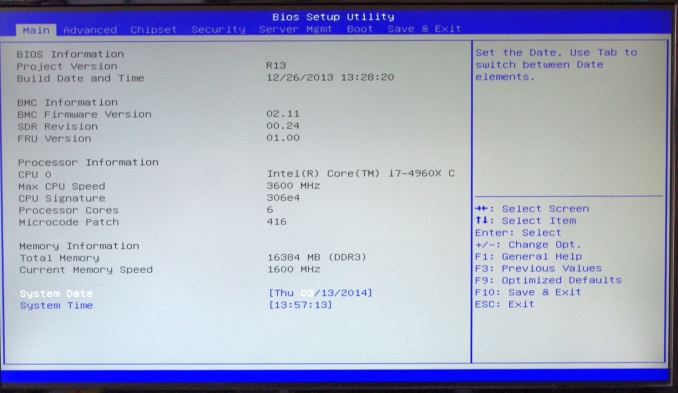 Blue on grey meets white on blue and combinations therein, but at least on the first screen we are told the BIOS version, the build date of the BIOS, the CPU installed, that CPU’s current speed, how much memory is used and the current memory speed. Even when using a server BIOS, I do like to know which motherboard is being used, and this information is not on this page.

As expected with a server motherboard, overclocking is nil and there are no extensive options to adjust values. The Advanced page gives the option to adjust the CPU ratio from 1 to 99, even on Xeons, but there is no CPU voltage adjustment option. Moreover if this setting is put above the ratio for an non-overclockable CPU, it is ignored. 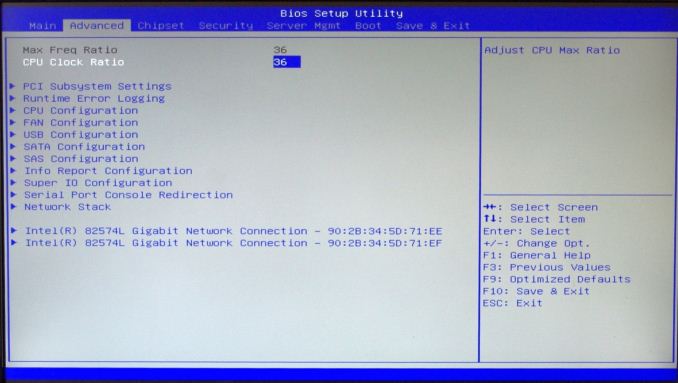 The Intel NICs have their own menus regarding status and MAC addresses: 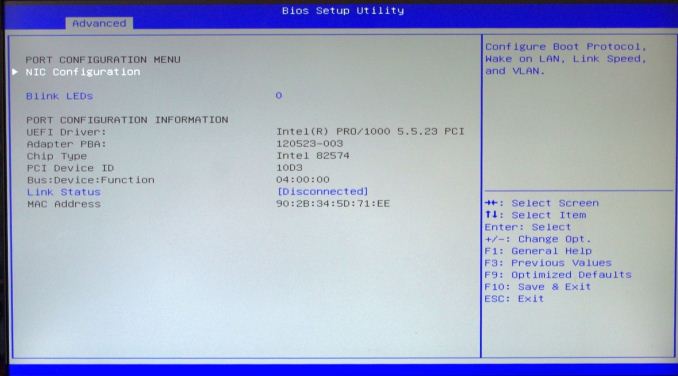 Fan controls in the BIOS are basic at best with a couple of default settings: 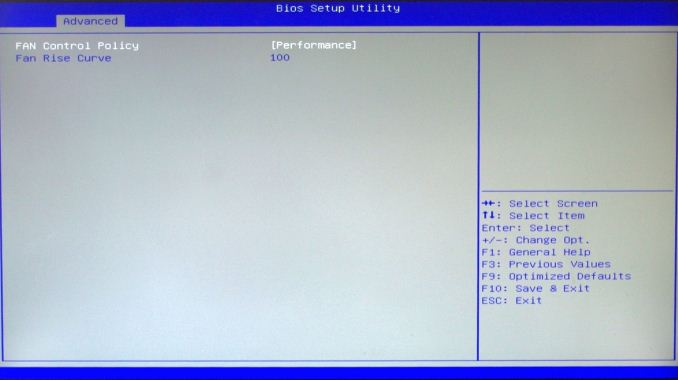 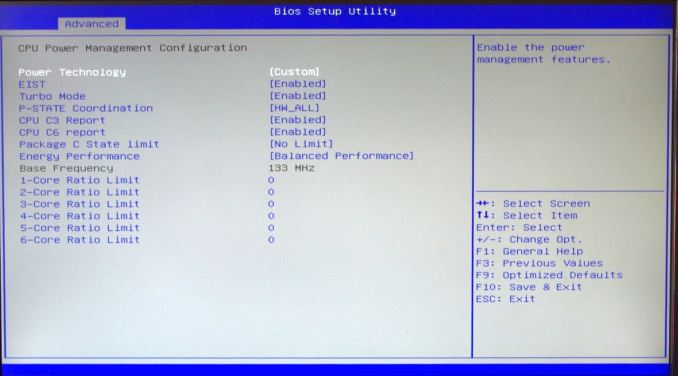 Memory configuration is in the North Bridge menu under the Chipset tab, although there is no opportunity to adjust the subtimings: 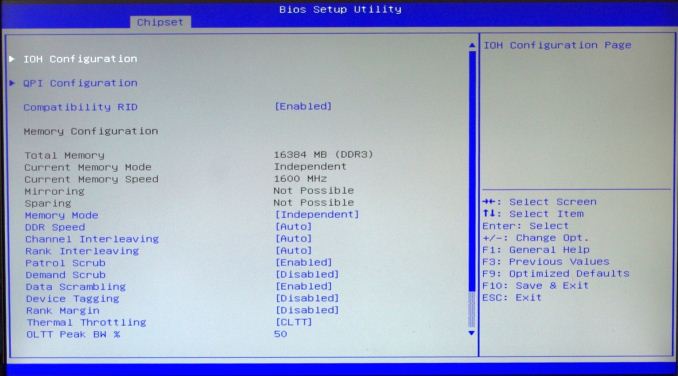 One good thing about the BIOS is that each of the options has a small help screen in the top right. For further information the manual also goes through each setting. On this screen the DDR Speed is important for users of the faster 1866 kits, especially if paired with a Core i7 CPU.

Server management has its own screen, with an OS watchdog timer and details regarding the BMC nic via the Aspeed AST2300: 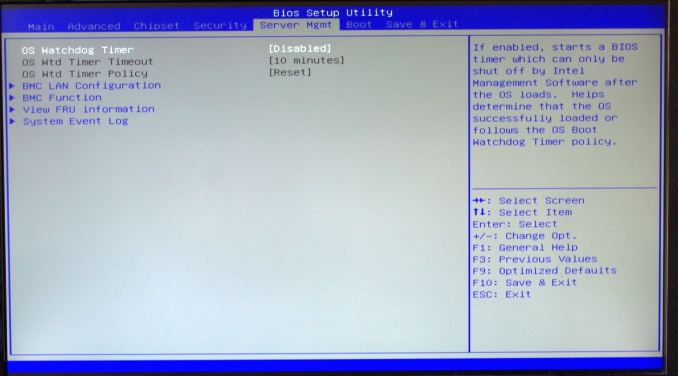 Boot options are in the penultimate menu, and thankfully there is a boot override section in the Save and Exit section. 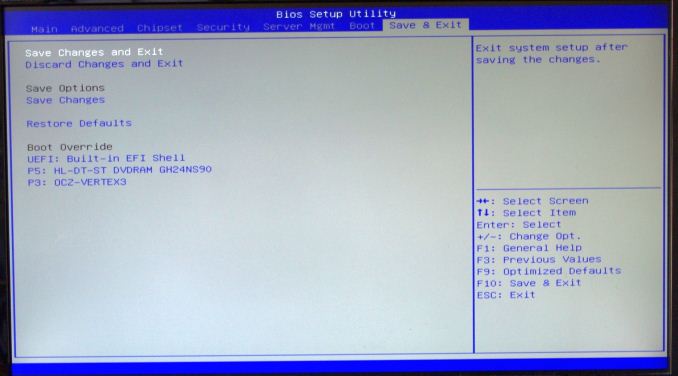 There is no way to tell if server motherboard manufacturers will implement a graphical BIOS system similar to the consumer lines. Server products are more built for function over usability, but I cannot help but wonder if a server BIOS department went over to the consumer motherboard segment and asked for a mutual collaboration. It could end up increasing the function of the BIOS by helping direct users to functions in a nicer environment.

GIGABYTE GA-6PXSV3 In The Box

Guessing what is in the box of a motherboard is a tricky task. On the one hand, this is an expensive product and should command an interesting selection of internal goodies. But as mentioned on the previous page, a server motherboard is all about function, and other parts might be sourced from other areas. The trade off with supplying parts in the box is that they are guaranteed to work, but they might not be the parts that the consumer desires. As it stands, the GA-6PXSV3 has the following:

This would be a poor showing in a consumer line product, where value for money is an important factor. It should probably matter less in the server space.