Seeing as how the huge L3 cache and quad-channel memory interface are big parts of what makes Ivy Bridge E unique, I thought it might make sense to look at memory latency and bandwidth. We'll start with memory latency, compared to Ivy Bridge, Haswell and Haswell + Crystalwell.

The larger L3 cache buys IVB-E lower latency accesses for a wider range of addresses, but once you exceed the 15MB L3 cache space we see latency about on par with everything else. Only Haswell + Crystalwell manages to hold out for longer. Unfortunately that's not really a part desktop enthusiasts can buy so it's mostly an academic comparison. 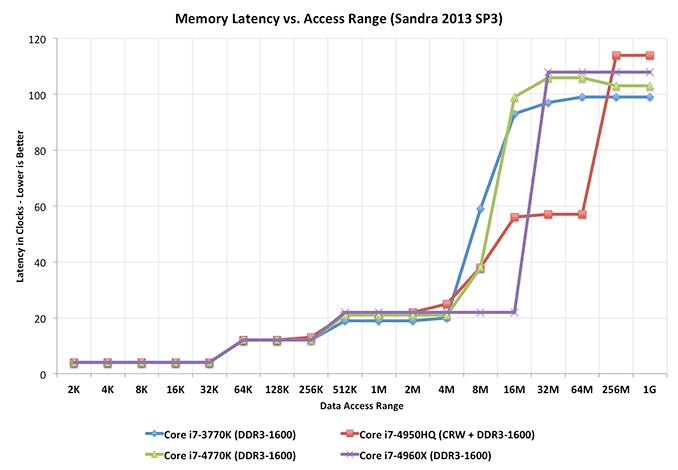 The bandwidth story is an interesting one. Sandra maxes out bandwidth by driving all cores at the same time, so you get some uplift here by there simply being more cores under IVB-E's hood. But even if you divide out the number of cores, you get per core cache bandwidth figures that are extremely high (at least outside of L1). The L3 cache in particular is quite bandwidth happy. 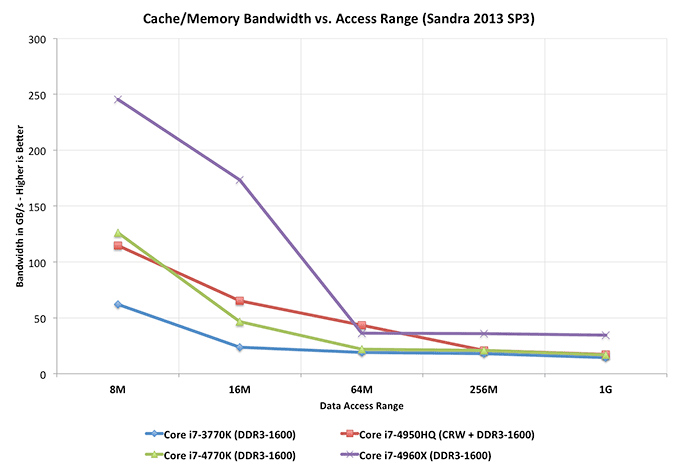 I don't know that I've ever seen an Intel slide before that called out a performance degradation, but there's a first time for everything: 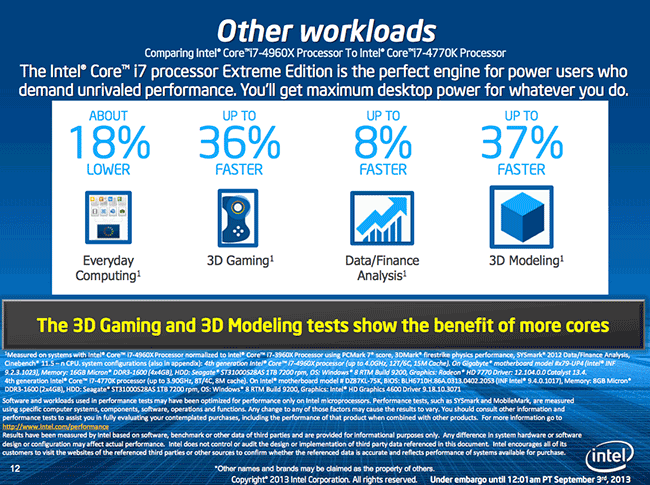 The problem with IVB-E vs. Haswell is that the extra large L3 cache and quad-channel memory interface are generally only useful in heavily threaded applications, which of course benefit from its 6-core configuration. In those tests that aren't heavily threaded however, IVB-E typically sees a single threaded performance deficit compared to Haswell. Given that the 4960X and Haswell based Core i7-4770K run at very similar frequencies, it's not surprising to see IVB-E take a backseat to Haswell in in "everyday computing" tasks. Intel's slide above claims about a 18% reduction in "everyday computing" performance compared to the 4770K, but in practice I found the gap to be much narrower.

Although not the best indication of overall system performance, the SYSMark 2012 suite does give us a good idea of lighter workloads than we're used to testing. 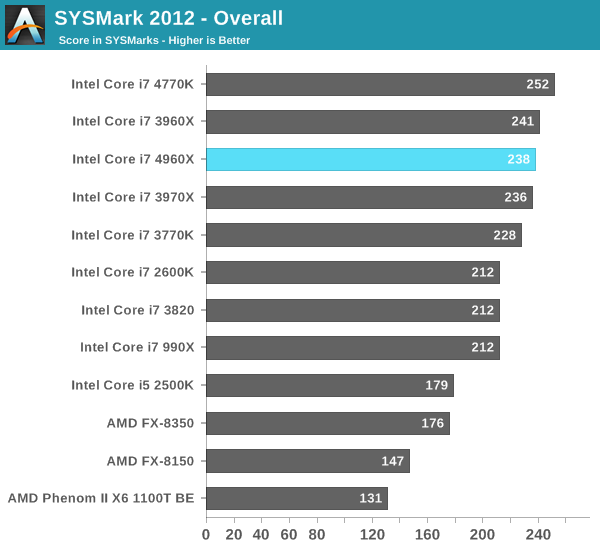 There's pretty much no advantage to the 4960X over the 3970X here. Remember Ivy Bridge's architectural improvements were very limited on the CPU side. As clock speeds didn't really go up between the 3970X and 4960X, the performance parity here isn't surprising. Haswell manages a ~6% performance advantage over the 4960X at an obviously lower power and price point.

Although I retired SYSMark 2007 a while ago, I do have much older performance data here which lets us compare the 4960X back as far as the early Pentium 4 based Extreme Edition parts: 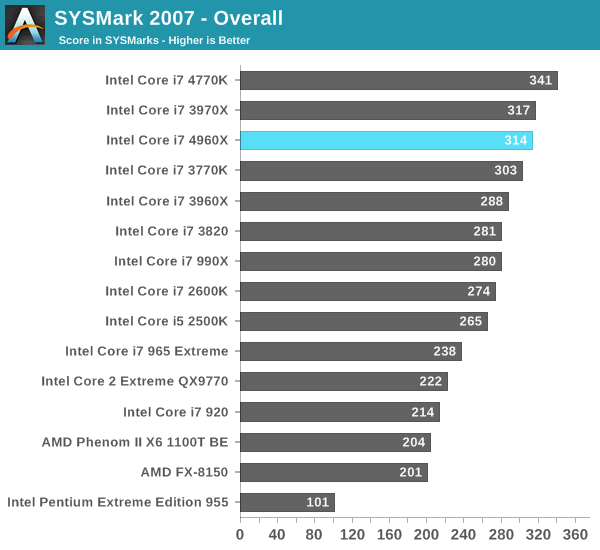 The Haswell advantage grows a bit here to around 8%, but the 4960X remains in the top three performers here. It's very clear that for most users, there are far more cost effective ways of getting great performance than IVB-E. 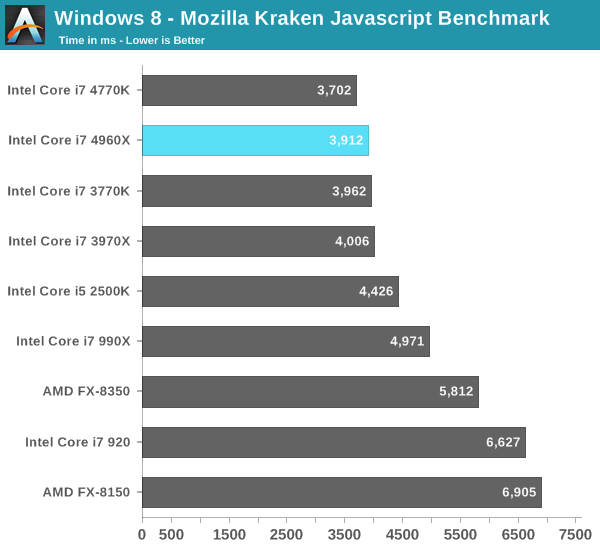 Ivy Bridge always had good single threaded performance, but once again these lightly threaded use cases are better served by an architecture with higher IPC. The Haswell advantage isn't huge, but it's a lower power/more cost effective way to get the best performance here.

If you are still on LGA-1366, you'll note that the performance gains here are good, but not earth shattering. Comparing to Intel's first 6-core platform, the 4960X manages a 27% increase in performance over the Core i7-990X. That's a healthy gain, but it's still small enough where there's no immediate need to upgrade.