Without getting into the nitty gritty of the MSI GX60 that houses our review APU, AMD's A10-5750M, it seems like AMD's new APU is a net victory...with some caveats.

I imagine at the time of Richland's development, graphics performance wasn't a huge concern. With Haswell, that performance target shifts a little bit, but as long as we're not heavily CPU-bound, AMD continues to offer superior mobile graphics. Richland seems to be most aggressively focused on shoring up the primary weakness of AMD's existing architecture: the CPU itself. Piledriver was a decent improvement on Bulldozer and, ironically, a mild one on Llano, but it's nowhere near enough. Bumped up clock speeds and improved turbo help close the gap at least a little bit, but we're still dealing with 35W AMD APUs struggling to hit the same performance levels at 15-17W Intel chips.

Arguably more impressive is that this refinement was possible at all. AMD was able to take Trinity, tune the silicon ever so slightly, and extract a healthy gain in CPU performance from it. Graphics performance seems to have held flat from Trinity, but an essentially free performance boost on the CPU is welcome.

I am, however, forced to address a few elephants in the room that are getting glossed over. As consumers, we need AMD to succeed. Lack of competition is showing in a major way: desktop Haswell is a joke, Haswell's GT2 IGP is a minor improvement yet promises to be the most common one in Intel's lineup, and Intel seems to be planning to mostly coast on Haswell for two years while focusing on Atom's successor. 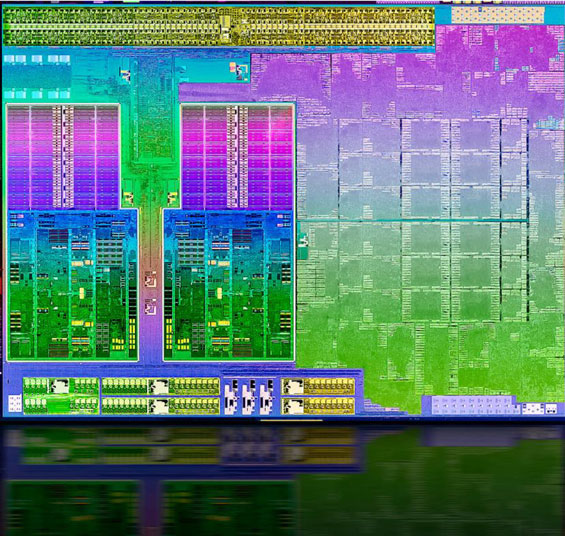 Yet the ugly truth about Richland and Trinity before them is that these reviews are covering the fastest models available. A8 chips lose a third of their GPU hardware across the board, and A6 chips lose another third. If you do some quick and dirty math, that means that anything below an A10 is going to be almost directly inferior to Haswell or Ivy Bridge. Graphics performance will at best be slightly above parity, while CPU performance takes a bath.

The other problem is that AMD is still targeting 35W as the mainstream TDP, but that's a target that's actually quietly shifted in the marketplace. This isn't 2008 anymore and Intel isn't charging a fat premium for its low-voltage hardware. The market that needs 35W CPUs is shrinking, being devoured at the low side by tablets and systems with ULV CPUs that still offer enough performance to handle the majority of tasks end users will need them for. And anyone who needs more performance than that can simply make the jump to a system with a quad-core Intel CPU that has more muscle. In this reviewer's opinion, 35W isn't the target, it's the halo. 15W-17W is the target, and while AMD has offerings at those TDPs, they're woefully uncompetitive.

AMD doesn't just need Kaveri. We need Kaveri. We need the Steamroller architecture update, and we need the graphics cores to switch over to GCN from VLIW4. Hopefully AMD will be able to produce a Kaveri part that has a fighting chance against Intel at 15W/17W, since Kabini and Temash are destined for smaller form factors. For now, the Richland A10-5750M is a good option and a solid offering for a refresh, but I don't think anyone can rely on it as a stopgap for too much longer.