Dell Inspiron One 2320: Stuck in the Middle With You

The HP TouchSmart 610 we reviewed had one of Intel's fastest desktop processors at its core but was hopelessly hamstrung by a dire 5400-RPM hard drive. Dell's Inspiron One 2320 has its fortune flipped; the 2TB hard drive is speedy by mechanical drive standards, but the processor is a low-voltage desktop part, peaking at just 2.6GHz on all four cores. This is still decent, but it's actually no faster on all four cores than Intel's slowest notebook quad-core CPU. I have to wonder if Dell saved enough money by going this route instead of just using a notebook quad to justify its inclusion. [Ed: Dell is a large OEM; of course they saved money!] 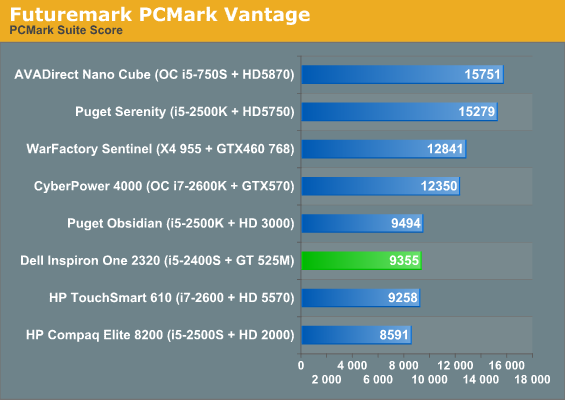 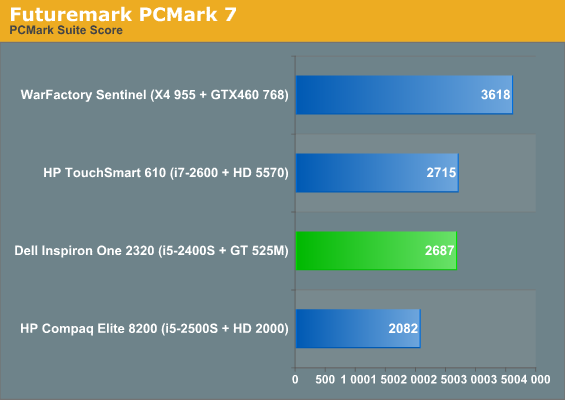 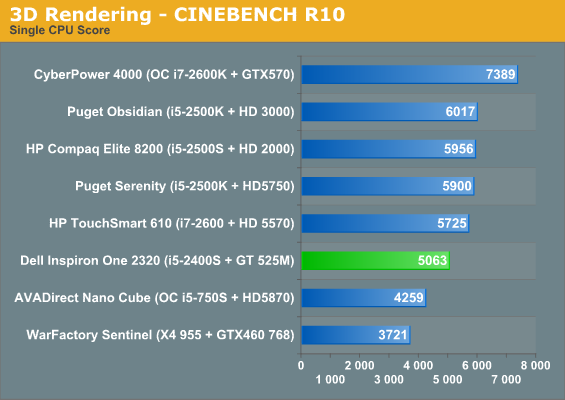 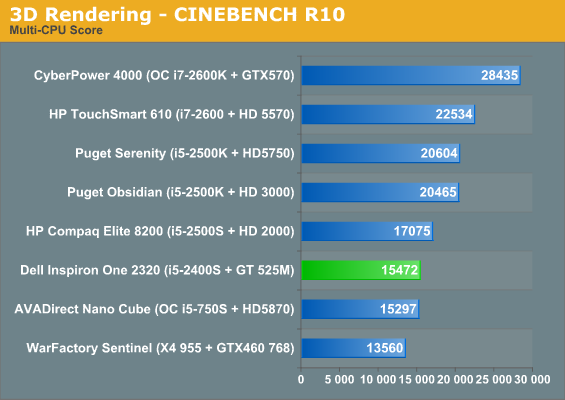 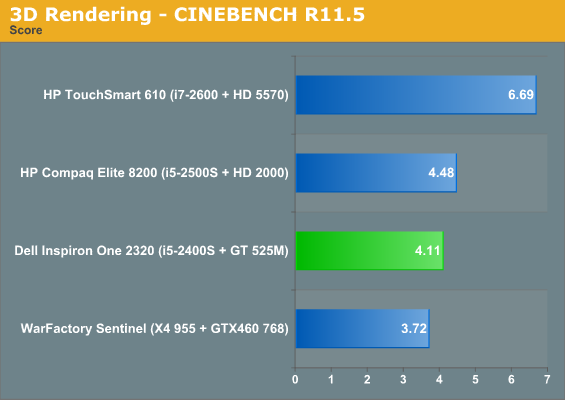 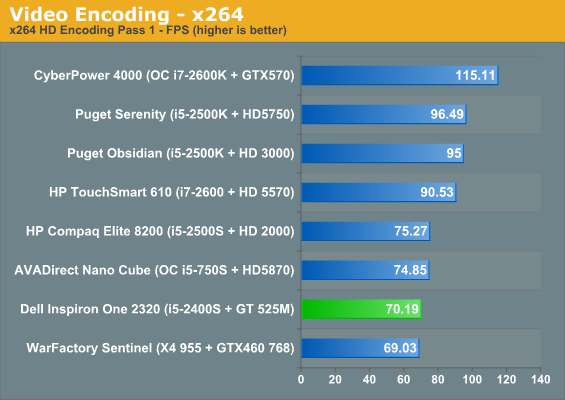 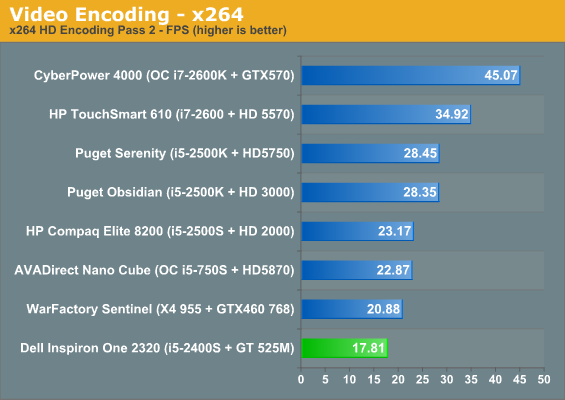 Unfortunately, the Inspiron's i5-2400S winds up being one of the slowest processors we've tested in recent memory, at least in a desktop system. It's still plenty fast, but I have to wonder if Dell didn't do themselves a disservice by employing the underpowered i5-2400S. Maybe they should've just split the difference and gone for an i7-2630QM? 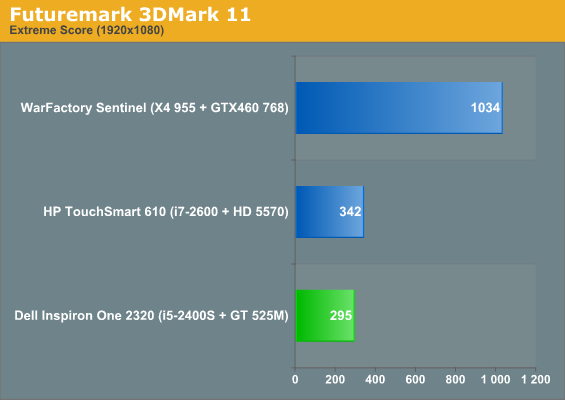 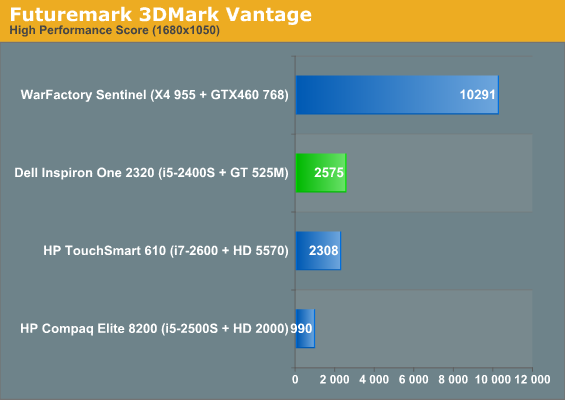 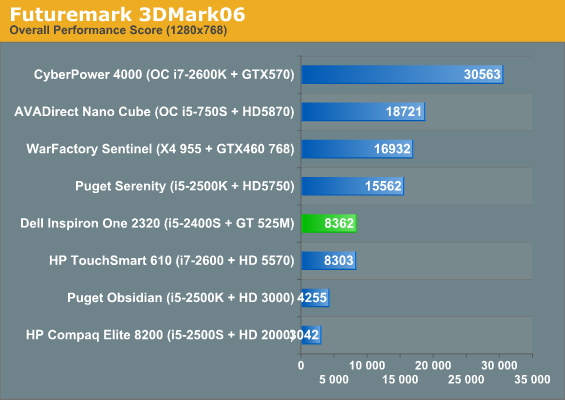 Meanwhile the GeForce GT 525M is worlds behind desktop cards we'd consider the bare minimum for gaming at 1080p, essentially tying in performance with the AMD Radeon HD 5570 in the TouchSmart 610. If Dell wants to match the performance of its competition, that's fine, but that performance was one of the major problem areas of the TouchSmart 610. Gamers, consider yourself warned for what we'll see on the next page.