The principal comparison we're going to want to make here is against Origin's Genesis. Origin includes an SSD in their review system which is going to wildly skew PCMark results in their favor, even more so than the i7-2600K running at an identical clock speed to the Deluge Mini's i5-2500K. When we get to gaming, we'll see the difference is negligible in practice, but for programs that are heavily multi-threaded (as our application suite is) the Hyper-Threading on the 2600K is liable to produce a moderate lead. 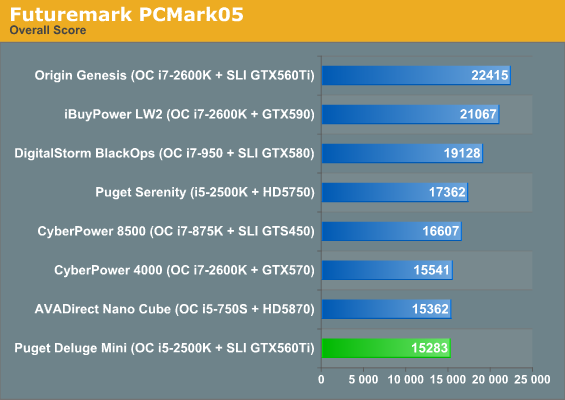 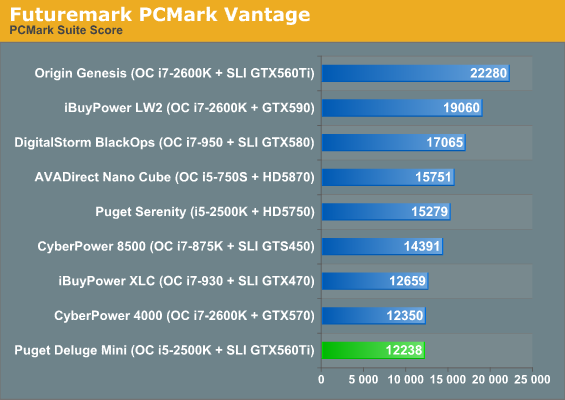 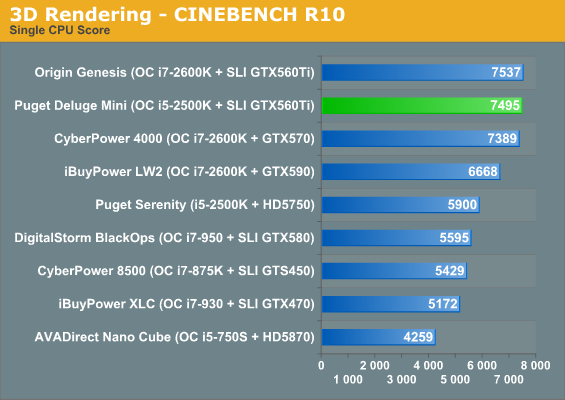 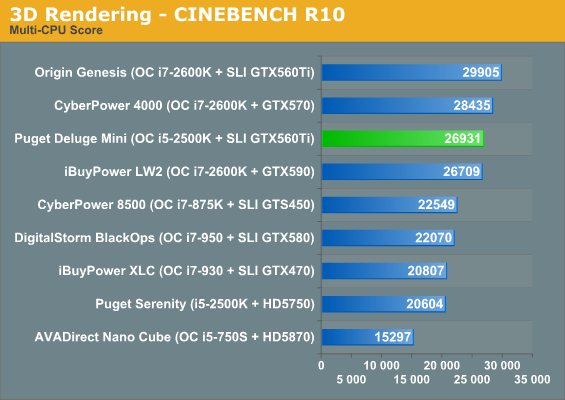 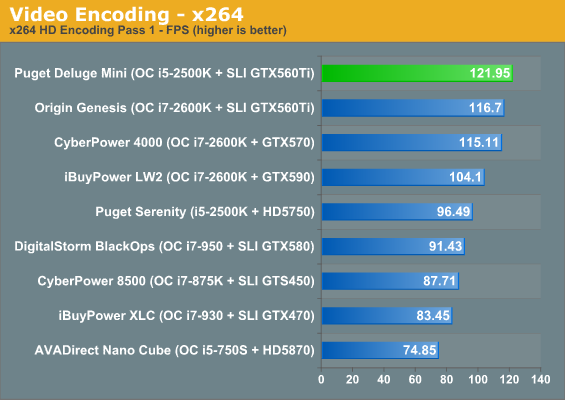 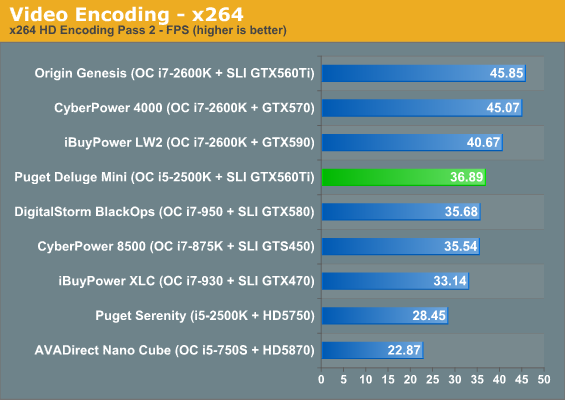 Our predictions are essentially proven correct here: PCMark skews wildly towards the SSD-equipped machines despite the i5-2500K being measurably faster than the previous generation i7's by no small margin. When we get to Cinebench and the x264 benchmark, Puget's 4.5GHz i5-2500K generally falls in right where we would expect it to (with the x264 pass 1 encode being oddly faster than the other systems). At some point it'll become less surprising how monstrously fast Sandy Bridge is, but I've played with six SB-based desktops at this point and each one still makes me want to throw my overclocked i7-930 out the window. 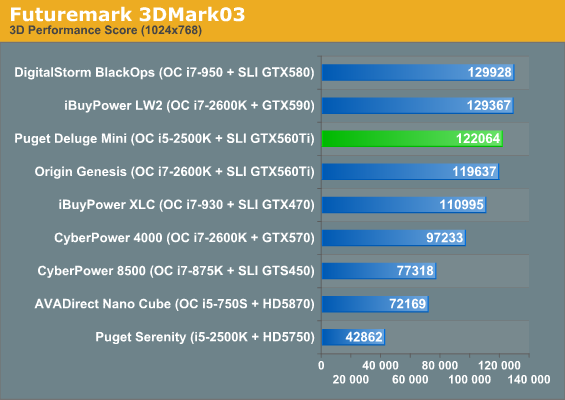 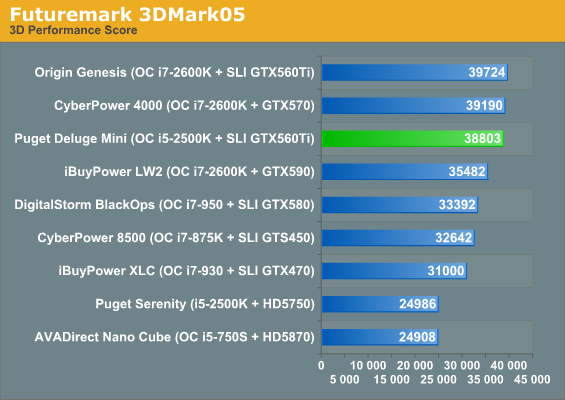 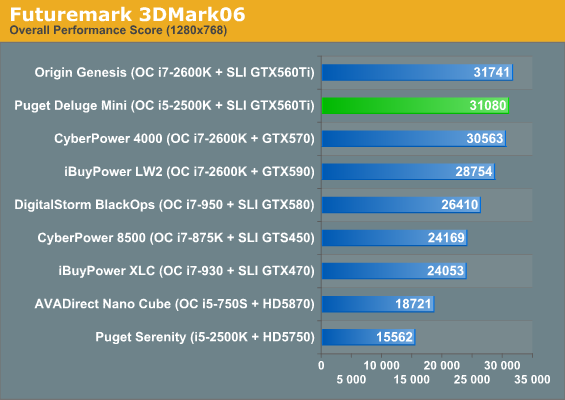 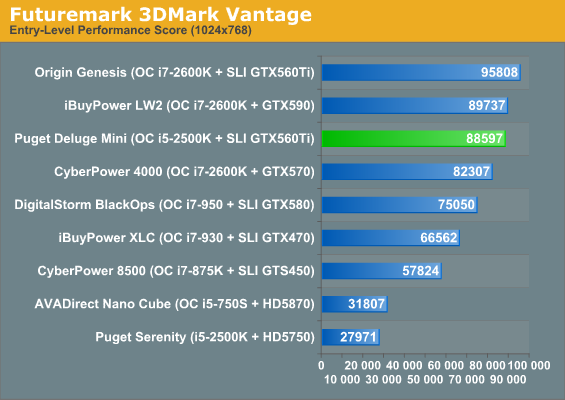 Given the way 3DMark's results can skew towards being CPU-limited by Sandy Bridge we're becoming increasingly less enamored with it. Independently as a reviewer I can tell you exactly how these configurations should be ordered in terms of gaming performance, and out of all four of these tests the only one that looks the closest to correct is 3DMark03. That flies in the face of "newer is better"; what do you guys think? Are these still useful or is there some change that should be made?