Motorola advertises that the Xoom can fully charge in half the time of its leading competitor, requiring only 3.5 hours to charge completely. I will say that the Xoom does indeed charge very quickly, but the quick charging comes at a price.

The iPad charges over USB, although on the iPad end it’s exposed as a standard Apple dock connector. Connect it to a USB port that supports the battery charging spec and you’ll be able to charge the iPad slowly, and only when locked. Otherwise you’ll need to rely on the Apple supplied 10W power adapter. The benefit to this finicky approach is that you only need to carry one cable to sync and charge your device. Obviously it’d be even better if the cable in question were a standard micro USB but presumably if you’re an iPad/iPhone owner you’ve got at least some Apple dock cables laying around. 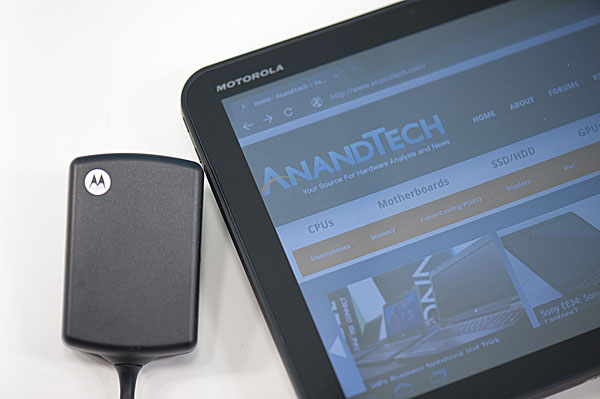 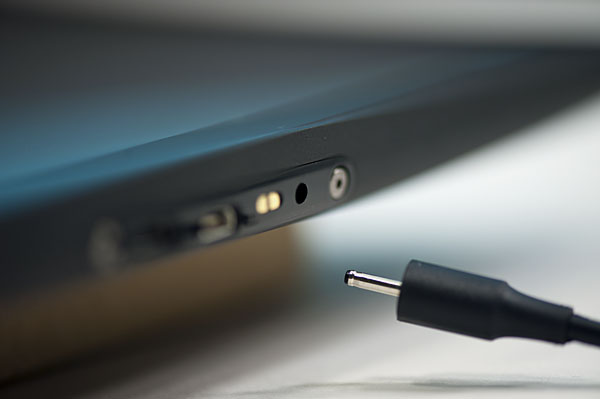 Motorola went a different route. There’s a standard micro USB port on the Xoom but it can’t be used for charging, only for data. Opposite the micro USB port is a very tiny power connector for the bundled 18W power adapter. When charging an empty battery the power adapter will draw up to 16.5W to help charge the Xoom as quickly as possible. The downside is obvious - you have to carry a much larger charging apparatus than just a cable with the Xoom. 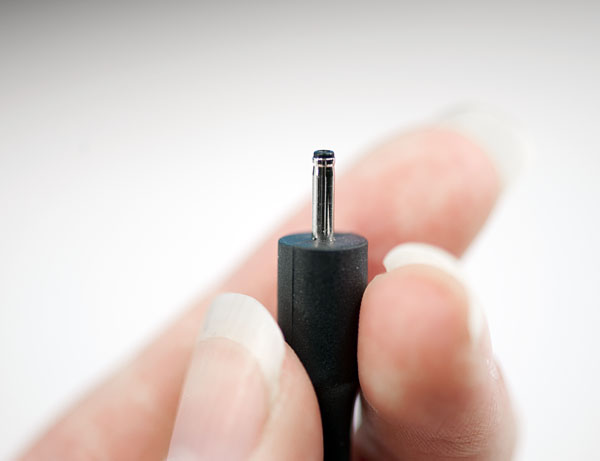 I’m also concerned about the connector tip, it’s extremely tiny and is very flimsy (not to mention non-standard). I just worry about breaking it as it will require a completely new power adapter as a replacement. 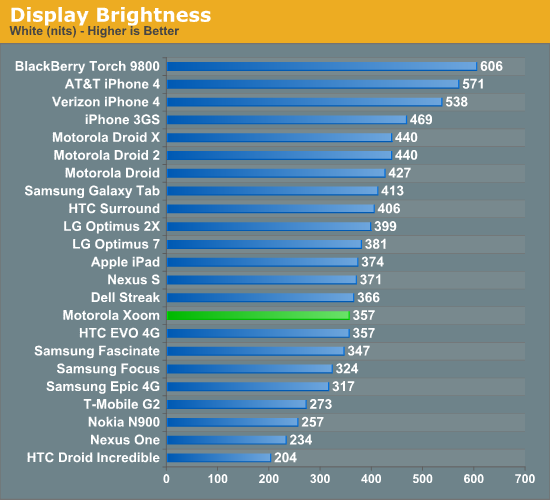 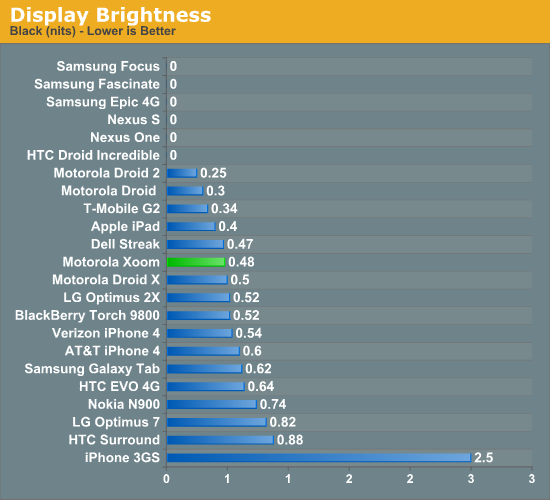 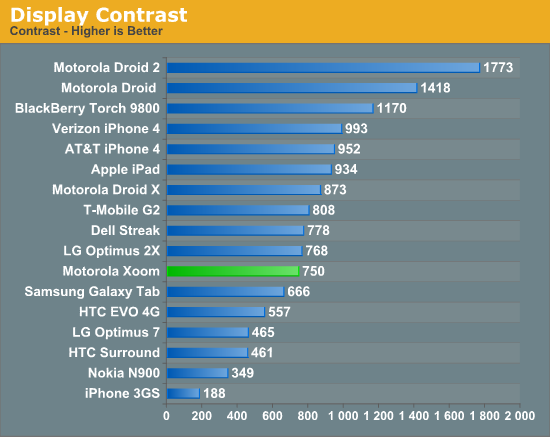 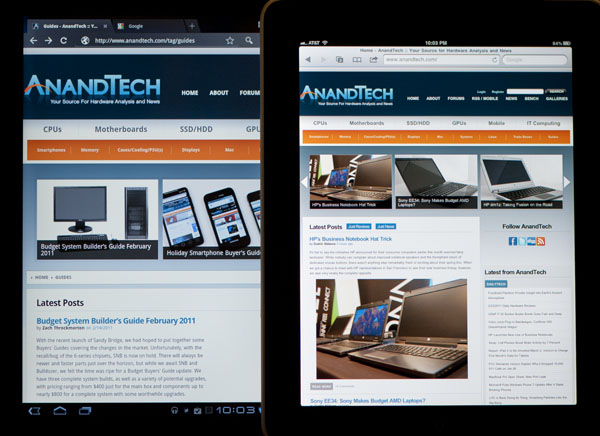 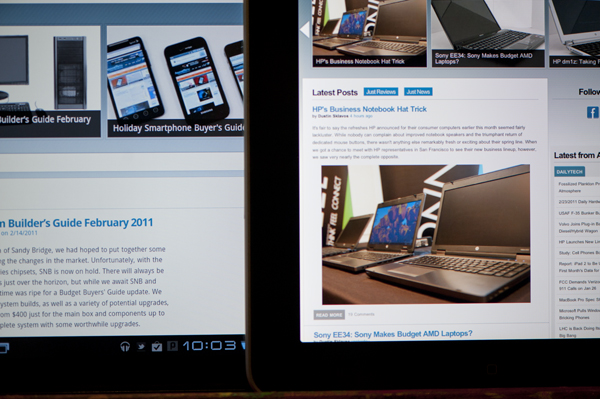 In practice the lower contrast ratio makes the Xoom almost completely unusable in daylight. If you can shadow the screen with your head it’s less of a problem but it’s still a pain to use outdoors in the daylight particularly if you’re staring at a dark colored background. Web pages and the email apps are easier thanks to their white background. 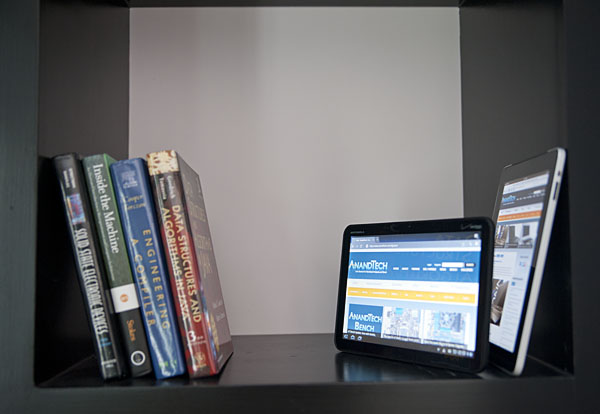 The iPad in particular has better color reproduction at off-center viewing angles. Alone, the Xoom looks acceptable. Not great, but not horrible either.

Finger prints and glare are issues on the Xoom display just like they were on the iPad’s display. You’re going to want to carry around a microfiber cloth with you at all times.