The trackpad on the MacBook Air is about the size of my iPhone. I've never really wanted a huge trackpad but there's nothing particularly wrong about it. 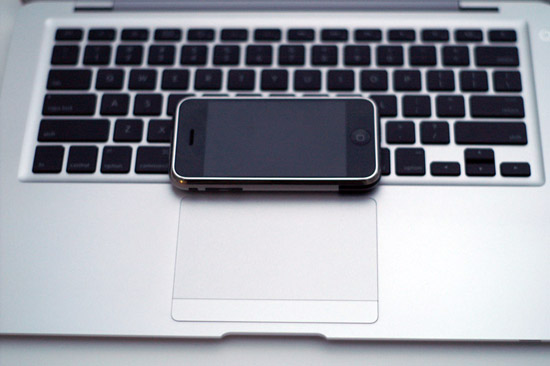 The nice thing about the MacBook Air's trackpad is that it'll keep working even if one of your hands is on it while you're using it. For example, if you're navigating around with your right hand while your left hand rests on the keyboard but some of your left hand happens to also rest on the trackpad, it won't confuse the trackpad - your mousing will continue uninterrupted. 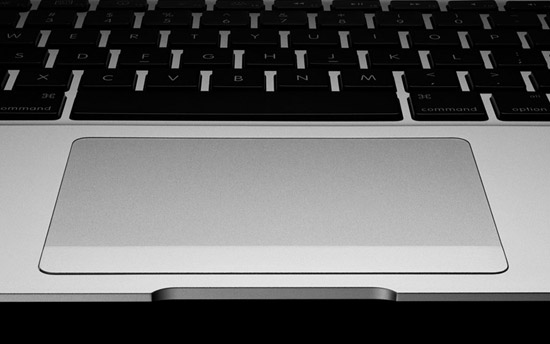 I was originally very skeptical of the multi-touch trackpad on the Air. It sounded far too much like an iPhone gimmick and didn't work nearly as well on the Air as it did on the iPhone. For example, if you make the pinch/stretch gesture with two fingers on the iPhone you will actually enlarge a portion of a web page in Safari. Doing the same on the MacBook Air adjusts the font size in Safari. In Finder, the pinch/stretch gesture changes the size of the icons but there's no easy way to go back to the default; at least in Safari you can hit Cmd + 0 to reset the font size.

That being said, the pinch/stretch gesture is my least favorite out of the bunch. The rest actually work surprisingly well.

The version of OS X that ships with the Air actually has videos built into the Trackpad Preferences Pane showing you how to use these gestures, as well as select which ones you want enabled or disabled. 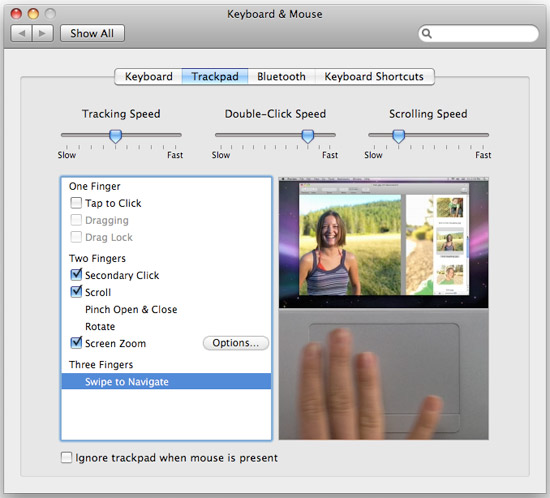 Apple still only ships the MacBook Air with a single mouse button, so if you'd like a contextual (right) click you can either Control + Click or enable the mouse gesture: place two fingers on the track pad and then click the button.

If you want to rotate an image or a PDF simply place two fingers on the trackpad and rotate them around a fixed center point (much like turning an imaginary dial). The gesture works well but is best suited for image rotation. If you rotate an image using the gesture the animation is smooth and well done. Rotating a PDF document however is more rough and you generally only get a few frames of animation during the process, making it a little too distracting.

The best implemented gesture is the "Swipe to Navigate" feature of the MacBook Air's trackpad. If you'd like to move forward or back through web pages or folders in a Finder window, just place three fingers on the trackpad and swipe left or right. It's fast, it works and it's pretty useful.

What we're looking at with the MacBook Air's trackpad is the first implementation of multi-touch in a Mac. The hardware is mature enough today to implement what we've seen in the iPhone on a Mac, it's just a matter of re-architecting the OS around it. I suspect that by the time 10.6 rolls around we may be living in a more touch-friendly world.