Over the last couple of years since the emergence of AMD's Ryzen mobile and Radeon offerings, along with a significant uptick in performance over previous generations, some vendors have implemented complete AMD offerings to satisfy user demand. During CES 2022, ASUS unveiled its ROG Zephyrus G14 for 2022, which has the power of AMD's latest Ryzen 6000 series mobile processors and its Radeon RX 6000 series mobile graphics. It also comes with many other impressive design characteristics and features, making it one of the most attractive gaming laptops coming to market this year.

The ASUS ROG Zephyrus G14 series of gaming laptops have been revamped for 2022 with new features such as a 720p webcam with support for Windows Hello and ASUS's latest Nebula 14-inch display. Focusing on the IPS panel, it features support for 2560 x 1600 resolutions with a 16:10 aspect ratio, a 100% DCI-P3 color gamut, an anti-glare display, a 120 Hz refresh rate, with a 3 ms response time. It's also Pantone validated, features a MUX switch for bypassing the integrated graphics for better overall performance, and supports Dolby Vision. 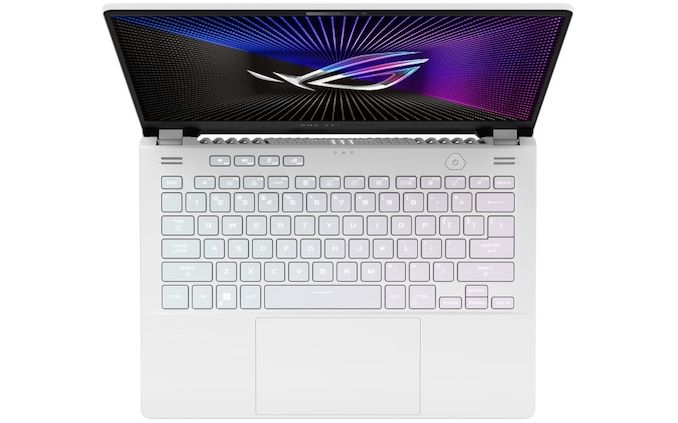 Focusing on the core specifications, the ASUS ROG Zephyrus G14 features the latest AMD Ryzen 9 6900HS processor, which has an 8-core and 16-thread design, with a TDP of 35 W and a turbo frequency of 4.70 GHz. For graphics, it's available with either an AMD Radeon RX 6800S or RX 6700S, with AMD's SmartShift technology providing up to 105 W of GPU power and ASUS's Vapor Chamber cooling cools both the CPU and GPU with Thermal Grizzly liquid metal TIM. configurations

Other hardware includes up to 32 GB of DDR5-4800 SO-DIMM memory, with a single 1 TB PCIe 4.0 x4 M.2 storage drive with the Windows 11 Home operating system preinstalled. 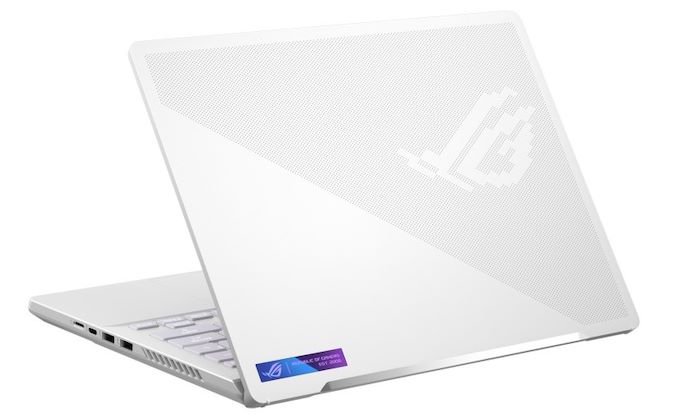 Looking at the design, the ASUS ROG Zephyrus G14 2022 (GA402RK/GA402RJ) is available in either Moonlight White or Eclipse Gray. Design improvements include a slimmer 18.5 mm thickness, with a weight of up to 1.72 KG depending on whether it has an AniME Matrix display or not. Some configurations feature ASUS's upgraded AniME Matrix panel integrated into the lid, which now has more perforations and more and brighter LEDs than previous generations.

In terms of I/O, the ROG Zephyrus G14 has two USB 3.2 G2 Type-C both with DisplayPort functionality, and one featuring power delivery support, as well as two USB 3.2 G2 Type-A, one HDMI 2.0b video output, a microSD card reader, and a single 3.5 mm combined audio jack. Providing power is a 76 Wh 4-cell battery, with a 240 W AC adapter and 100 W Type-C charging support. ASUS also provides a ROG Sleeve in the accessories bundle and a ROG Chakram Core gaming mouse.

ASUS hasn't informed us on how much the ROG Zephyrus G14 will retail for, nor when it is expected to hit retail shelves.