Opting for a unique and unconventional set of design characteristics, the EVGA Z590 Dark is primarily geared for extreme overclocking. This includes a transposed LGA1200 socket with plenty of space for users to mount an LN2 pot, as well as adopting right-angled connectors throughout, including power connectors and fan headers. Looking at fan headers, there are six in total, with two designated for CPU fans and six for chassis fans or water pumps. EVGA includes an RGB LED logo on the rear panel cover, with two ARGB and two RGB headers onboard for users to add external LED strips. 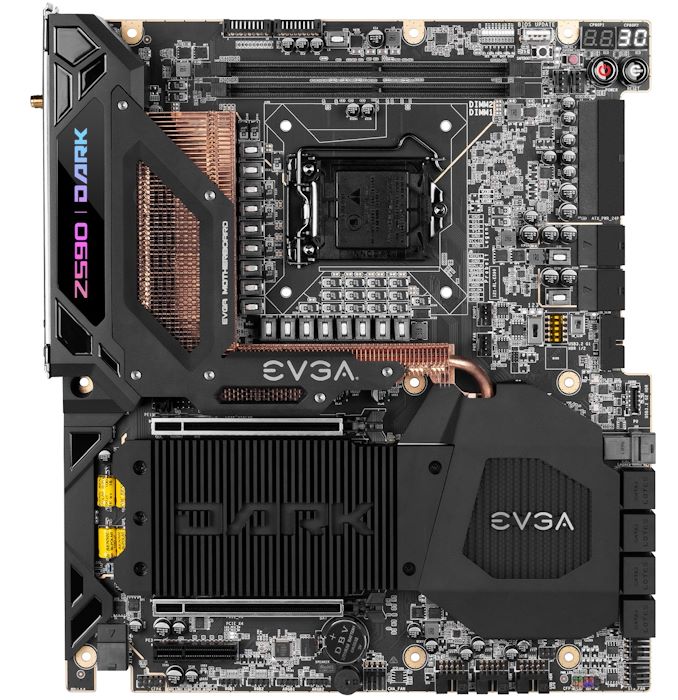 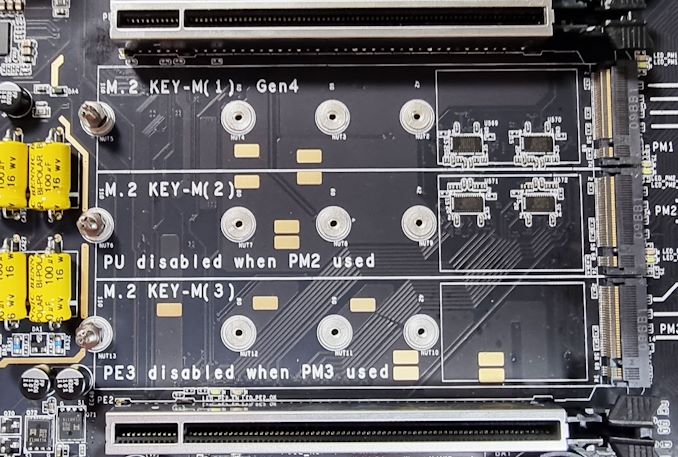 Other storage options include one PCIe 3.0 x4 U.2 slot for stackable storage and eight SATA ports. Six of the SATA ports support Intel RAID 0, 1, 5, and 10 arrays, while an ASMedia ASM1061 SATA controller powers the other two.

Looking at DRAM support, the EVGA Z590 Dark has two horizontally mounted memory slots above the LGA1200 socket, which is designed to bolster the overclocking ability. The two memory slots can support up to DDR4-5333 out of the box with a maximum capacity of up to 64 GB. Not only this, but it allows extreme overclockers better access to the CPU socket.

EVGA also includes an extensive overclocker's toolkit, which is primarily located along the top edge of the board. A power and reset button pairing is included, with a 3-way BIOS selector switch as the Z590 Dark comes with three BIOS ROM chips. Also included is a set of PCIe dip switches that allow users to enable or disable them, as well as a small clear CMOS button. 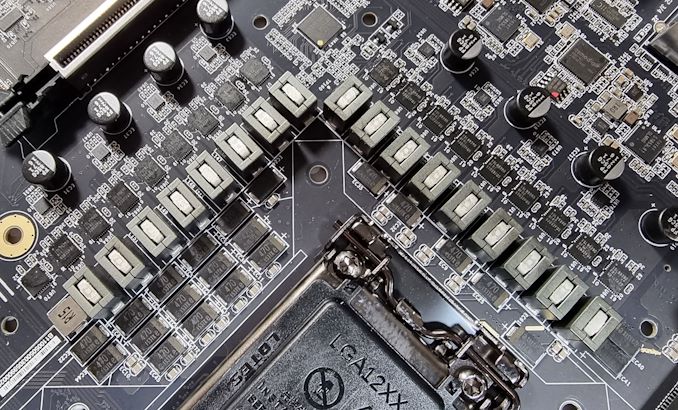 EVGA also includes a pair of ON Semiconductor NTMFS4C05N high side and NTMFS4C10N low side MOSFETs for the VCCIO2 voltage, one Renesas ISL99360 60 A power stage for the  VCCSA, one and one ISL99360 A power stage for VDDR voltage. Overall it's a pretty comprehensive power delivery and one that has been designed with extreme overclocking in mind. The CPU socket also uses the flatter tantalum capacitors, which stop obstructions when mounting an LN2 pot.

Keeping the power delivery cool is a large pair of heatsinks that are interconnected to the chipset heatsink via a single heat pipe. Helping keep things running cool is a pair of 40 mm cooling fans that vent the air out via the rear of the I/O shield.

What's in The Box 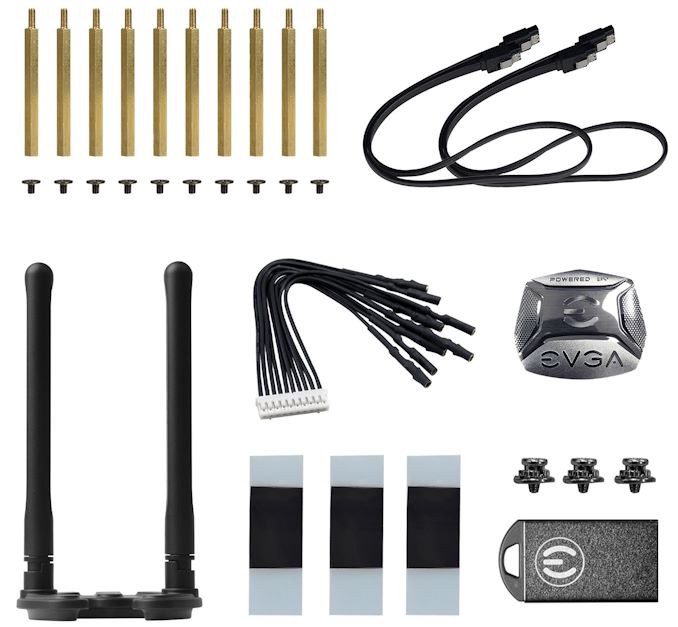 The accessories bundled with the EVGA Z590 Dark include two Probelt voltage monitoring cables, three M.2 thermal pads, and screws, as well as an Intel AX201 Wi-Fi 6 antenna set. It wouldn't be a motherboard accessories bundle without SATA cables which EVGA provides four, and an EVGA case badge and a small USB flash drive with the board's software and drivers.

EVGA also includes a printed backboard that allows users to set a system up like a test bench, which also has a visual map of the board's components. Also included are ten long standoffs and ten screws to allow users to install the motherboard onto the backboard.