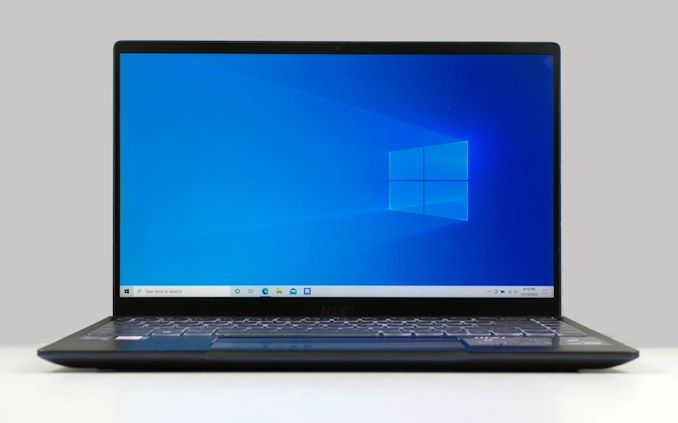 MSI is very well-known for their gaming products for the PC market, from motherboards, accessories, and right up to gaming laptops and desktops. The company was one of the first to focus almost exclusively on their gaming lineup, and that focus has made them very successful in that market. In the laptop space, MSI’s gaming lineup are some of the best systems around, even if they do often come with a price premium. But, while the gaming market has been strong even throughout some PC sales slowdowns, MSI is again dipping their toes in a wider market. The MSI Prestige series of laptops abstain from the gaming nomenclature, design, and marketing. The Prestige series targets a much more traditional Ultrabook buyer, with a thin, light design, quality materials, and less RGB. 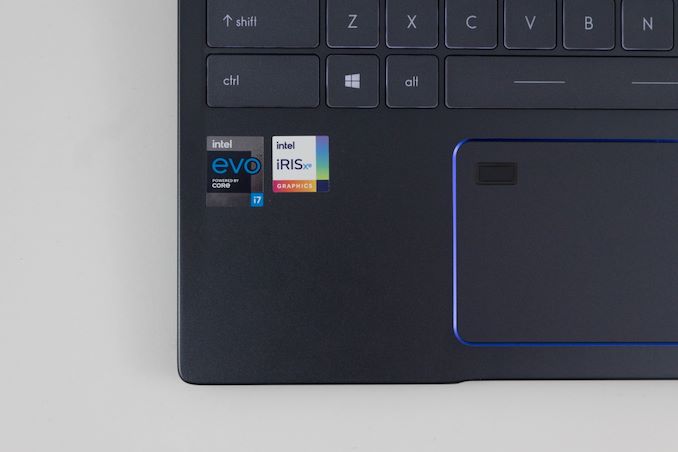 The MSI Prestige 14 Evo, as the name suggests, is a 14-inch laptop which offers the modern design touches of an aluminum chassis, with thin display bezels, packing plenty of notebook into a smaller footprint. The 16 mm thick design weighs in at just 1.29 Kg, or 2.84 lbs, making it very portable for a 14-inch device.

Powering the MSI Prestige 14 Evo is Intel’s latest Tiger Lake platform, and specifically, the Core i7-1185G7. The new 11th generation Core platform is Intel’s second gen built on the 10 nm process dubbed Superfin, and brings not only an updated CPU microarchitecture, but also is the first shipping SoC to feature Intel’s latest Xe graphics platform. The new Willow Cove microarchitecture brings some IPC improvements over Sunny Cove found in the 10th gen Ice Lake SoC, but being based on an updated 10 nm process also allows for much higher CPU frequencies, which now scale to 4.8 GHz peak, compared to just 3.9 GHz peak a year ago. Ian did a deep dive on the new Tiger Lake platform based on an Intel reference design laptop, so be sure to check into that for a more comprehensive review on the SoC itself.

Intel’s Evo platform is a proper branding of what was formerly known as Project Athena, and MSI has worked with Intel to properly implement the Evo requirements on the Prestige 14. The Evo platform requires certain responsiveness levels, instant wake support, fast charging of at least four hours from 30 minutes of charging, Intel’s Wi-Fi 6 network adapter, Thunderbolt 4, and at least nine hours of battery life. The reasoning for Evo is that customers who purchase Evo branded laptops will get a minimum experience level, which is always a good goal.

MSI has come through on all of the Evo requirements, with not only the latest gen Core i7, but multiple Thunderbolt 4 ports, instant wake, and of course the Intel Wi-Fi 6 adapter which has been easily the best wireless NIC on the PC since it was launched. MSI has also included PCIe 4 storage, thanks to the Phison PS5016-E16 based SSD, with MSI offering 512 GB and 1 TB choices. MSI will also be offering a model with an NVIDIA GTX 1650 Max-Q dGPU if you need more GPU grunt.

MSI has been one of the strongest players in the gaming laptop market for some time, but with the Prestige series, they are up against some stiff competition in the Ultrabook market. To succeed, MSI will need to combine style and performance. It is a target they have often achieved with their gaming lineup, so let’s dig in and see how the MSI Prestige 14 Evo can handle itself in a very crowded market.

MSI’s Prestige 14 Evo eschews the gaming styling of most of the MSI laptop brand, and to that effect, MSI has replaced their well-known dragon logo with a stylized version of MSI. The result is an edgy look to the logo, but thanks to the subtle coloring, it does well to blend in on first glance. MSI is offering the Prestige 14 Evo in both a Pure White and Carbon Gray color scheme, with the review unit being the latter. The Pure White does look great in images, although the white display bezels do somewhat amplify their presence. In a likely purposeful attempt, the Carbon Gray looks pretty similar to most other Ultrabooks on the market. Subtlety is clearly one of the design cues. 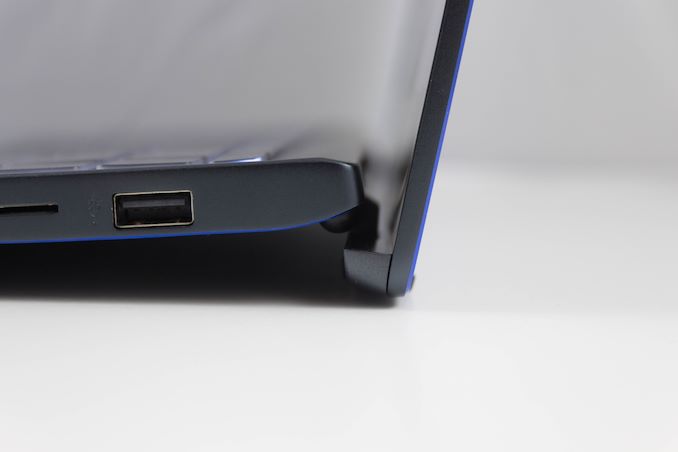 Opening the laptop up brings about one of the most obvious design elements. MSI has chosen to implement a display hinge which lifts the rear of the laptop up 5° maximum. They ostensibly suggest this is for an improved typing experience, but as with other laptops that do this, the ergonomics of a forward tilted keyboard are not great. Some people may prefer a better view of the keyboard, but for your wrists, this isn’t the best design. What it does likely help is cooling though, as it would ensure the bottom of the laptop isn’t hard-pressed into anything to block airflow. And, MSI has done a good job on stability when open, unlike some other laptops that also use a tilt-hinge. The rubber feet on the display do a nice job holding the laptop in place. 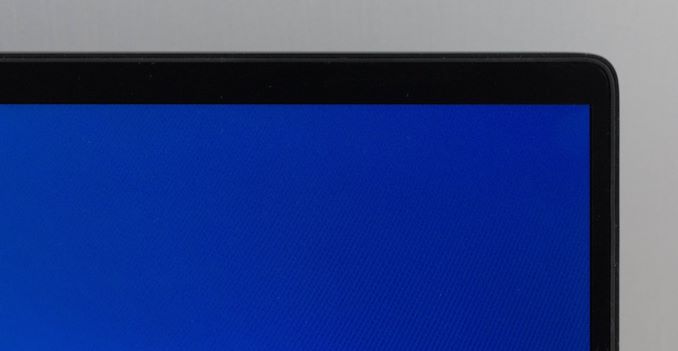 MSI advertises the Prestige 14 as having “Ultra-thin bezels” which is pretty much expected on a new laptop design. However, the bezels are nowhere near as thin as some of the competition, especially on the top and bottom. The top bezel is large enough to house both a normal webcam as well as IR for Windows Hello login, but the webcam is unfortunately only 720p despite the fairly large top bezel providing plenty of room. The bottom bezel is quite large, and there is a lot of wasted space that could have been used to provide a taller display as is also popping up in some of the competition. The 16:9 aspect ratio of the display, while still the industry standard, is not the only game in town anymore with several competing designs offering 16:10 or 3:2 aspect ratios.

Moving on to the keyboard, MSI’s gaming lineup generally offers some of the best keyboards in the business, with MSI usually tapping SteelSeries to provide the keyboards on their gaming lineup, but that is not the case here. The Prestige sticks with a white backlit keyboard, offering three levels of brightness, and the keys offer 1.5 mm of travel, which is pretty respectable for a thin and light device. The key feel does leave a lot to be desired though, with not a lot of feedback on the keys, and the chicklet design doesn’t offer any sculpting of the key caps either. The keyboard layout is also very untraditional, with some odd choices in key position which may take a bit to get used to. The Fn key, as an example, shares a half-key with the right Ctrl key. The benefit of this choice is that you can press Fn and Ctrl with one finger, which does work great. The non-standard layout takes a bit to get used to, but the full-size arrow keys and navigation keys on the right do make up for it. Overall, the keyboard is good, but not great. 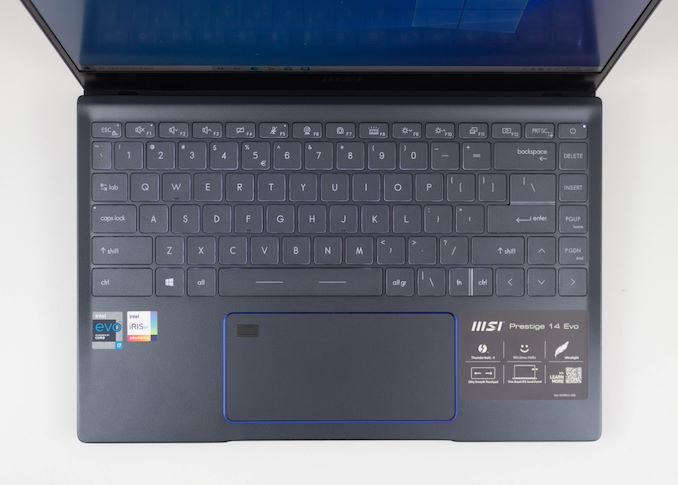 MSI’s trackpad choice is also definitely non-standard, with the Prestige 14 offering an ultra-wide trackpad. The trackpad also features an integrated fingerprint reader built-in to the top left, allowing owners the luxury of having multiple biometric choices for login. The trackpad is a glass unit, and in testing proved to be accurate and smooth. The extra width did not get in the way of typing either. It works very well.

As far as expandability, MSI offers a good selection of ports. The right side of the laptop offers a single USB Type-A connector for USB 2.0, along with a micro SD card slot and headset jack. The left side features two Thunderbolt 4 ports, with the charging also being done over the Type-C connector. Keeping a single USB Type-A port is appreciated, as many people still have and use the older style connector, and offering two Thunderbolt 4 ports allows the laptop to be charged while still accessing the other port for expansion. Some laptop designers go all-in on Type-C, and while it is definitely the future, dongles are not always appreciated, so it’s great to see MSI continue to offer both choices.

Overall, MSI has crafted a respectable design in the Prestige 14, but there is not the wow factor of some other laptops in the same price range. It feels a bit bland, despite it offering quality materials. It features a thin and light design, but it is not the thinnest or lightest. It offers thin display bezels, but not the thinnest display bezels. It offers a good keyboard and trackpad, but not the best. This Prestige 14 is a very even-keel design. Some flash may help it stick out a bit.