Today ASUS is announcing its newest flagship gaming-oriented phone, the ROG Phone III. A direct successor to the quite well received ROG Phone II from last year, the company is keeping the formula quite basic this year, keeping the general characteristics of the ROG Phone III similar to that to its predecessor whilst upgrading the core components such as the SoC, now featuring for the first time in a device the new Snapdragon 865+.

The new SoC upgrades the CPU and GPU speeds by 10%, upping the frequencies on the Cortex-A77 cores to up to 3.1GHz for the first time ever in a smartphone. ASUS says that it’s also vastly upgraded the heat sink of the SoC inside the phone, with it now being 6x larger than that found on the ROG Phone II. Combined with a revamped vapour chamber design, the new phone is said to be virtually immune to thermal throttling and is able to keep is peak performance figures for prolonged periods even in demanding situations. 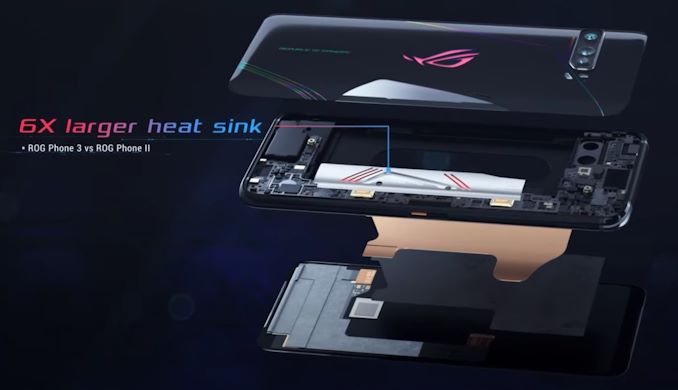 The phone also upgrades its RAM and storage options. You’re able to feature up to 16GB of LPDDR5 memory, whilst the 512GB NAND storage has been upgraded to an UFS 3.1 unit, improving transfer speeds by up to 15%.

On the display side, ASUS has kept the same screen size and resolution as on the ROG Phone II at 6.59” and 2340 x 1080, but this time around has upped the already high 120Hz refresh rate to up to 144Hz, with also an uptick in the input touch sampling rate to up to 270Hz. This being the biggest feature of the ROG Phone II, it’s arguably seen smaller upgrades this generation. 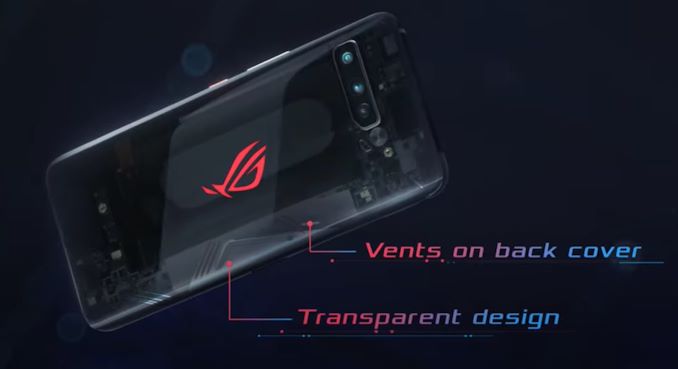 ASUS is seemingly also keeping a very similar footprint between generations as both phones still have 171 x 78mm length and widths, although the new phone is listed as being thicker at now up to 9.85mm. Weight hasn’t changed and still falls in at a hefty 240g, mostly taken up by the huge 6000mAh battery that also hasn’t seen changes this generation. Much like its predecessor, these are gigantic phones. 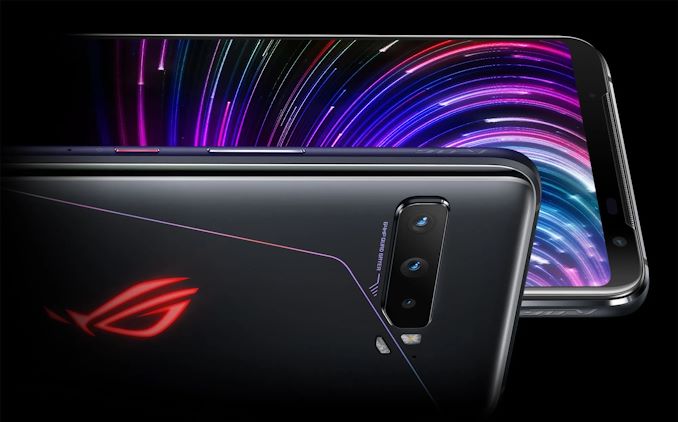 On the camera side of things, we’ve seen a big improvement on the main camera unit which has been switched from the previous generation IMX586 sensor to a newer IMX686. The upgrade here lies in its larger 1/1.72” sensor size, retaining 0.8µm pixels but being improved in resolution to up to 64MP with a quad-Bayer colour filter array, binning down to 16MP for regular mode shots. As of writing we don’t have information on the optics of the camera.

The ultra-wide-angle seems to have at surface remained the same at 13MP with a 125° field of view, but again we’re lacking specifics. An addition to the camera array is a 5MP macro camera which generally is more of a gimmick rather than something that augments the capture experience.

In terms of connectivity, of course the big upgrade is the move to 5G thanks to the new X55 modem. Wi-Fi 6 also the norm now and BT has been upgraded to version 5.1. We don’t see mention of ASUS’ “wireless display” functionality with 802.11ad so it might be the company has removed this feature this generation. 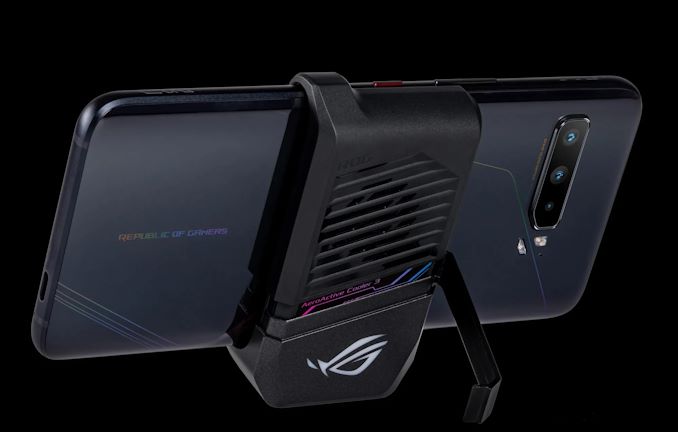 One other big feature that’s been removed is the 3.5mm headphone jack. Unfortunately, as in many other vendors this has gone the way of the Dodo, and is only otherwise available through ASUS’ AeroActive Cooler 3 add-on accessory which features a pass-through USB-C and 3.5mm port.

Availability in Europe later this month, the US in September

The ROG Phone III is said to first appear in Europe later this month in the form of a Strix variant with a regular Snapdragon 865 and 8+256GB of RAM for 799€, whilst the 12+512GB and 16+512GB variants will be offered later for 999€ and 1099€. In the US, the phone will only release in September with pricing there being released at a later date.