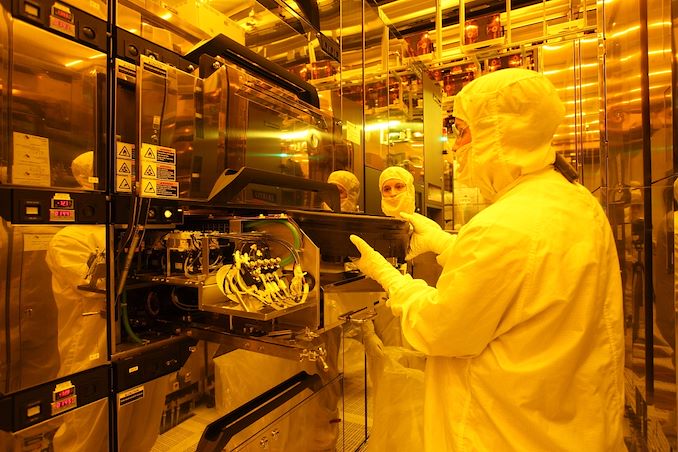 Intel and Micron have inked a new 3D XPoint memory wafer supply agreement. Analysts believe that Intel will now have to pay Micron more than it did previously as it is now the only maker of 3D XPoint. The new pact also shows that Intel wants to continue making products based on 3D XPoint, but details about the products remain to be seen.

Having ended its NAND and 3D XPoint partnerships with Micron, Intel sold its former partner its stake in their mutually owned fab in Lehi, Utah. Since the company yet has to move production of 3D XPoint memory used for its Optane-branded products to its Fab 68 in Dalian, China, the chipmaker had to sign a supply agreement with Micron, under which the latter would sell the memory to its former ally at pre-agreed prices for one year after it gains ownership of the fab.

Micron gained ownership back in October, which is when the agreement came into effect. As it turns out, the two companies terminated the deal on March 9 and signed a new one ‘with changes to pricing and forecast terms’. The companies did not reveal additional details, but Micron said that the deal was ‘not material to Micron and does not change Micron’s previously-communicated outlook’.

Meanwhile, market analysts believe that Intel loses rather massive amounts of money on its 3D XPoint products despite their premium pricing.

Perhaps, indirectly, not very favorable costs of 3D XPoint are confirmed by Micron’s reluctance to build products on their base. So far, Micron has announced only one SSD series featuring 3D XPoint memory, the X100. The new deal indicates that Intel has plans to proceed with its 3D XPoint-based Optane family of products, which play an important role to its datacenter business. Unfortunately, it is unclear from the announcement how Intel plans to develop its 3D XPoint lineup going forward.

The official statement from Intel and Micron reads as follows:

On March 9, 2020, Micron Technology, Inc. (“Micron”) and Intel Corporation (“Intel”) agreed to terminate, effective March 6, 2020, the Product Supply Agreement, dated April 6, 2012, among Micron, Intel, and Micron Semiconductor Asia Pte. Ltd. (the “PSA”). The PSA set forth the terms under which Micron agreed to supply 3D XPoint wafers to Intel at prices determined under a defined formula and in accordance with a negotiated forecast. Contemporaneous with the PSA’s termination, Micron and Intel entered into a new 3D XPoint wafer supply agreement with changes to pricing and forecast terms. The new agreement is not material to Micron and does not change Micron’s previously-communicated outlook that underutilization charges associated with Micron’s Lehi, Utah fab will average approximately $150 million on a quarterly basis in fiscal year 2020.