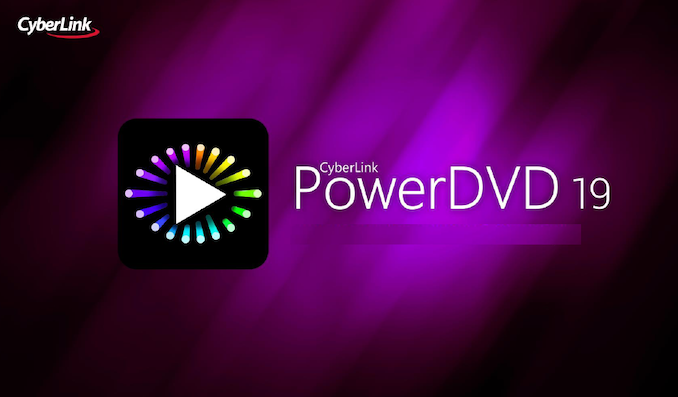 CyberLink's PowerDVD remains the only legitimate Blu-ray playback software in the PC space. Over the last few years, the company has been trying to add value to the software with extra features such as support for VR HMDs and 360° videos. PowerDVD 19 is being launched today. It continues CyberLink's tradition of incremental improvements to the playback software. 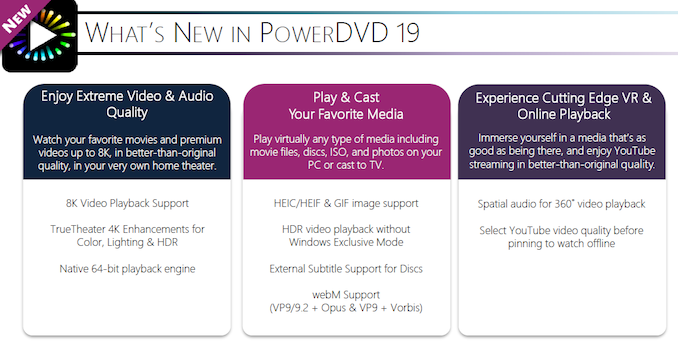 The improvements in PowerDVD 19 include the ability to play 8K videos, video postprocessing enabled for higher-resolution videos compared to PowerDVD 18, and the transition to a 64-bit playback engine. The new version also brings support for the HEIC/HEIF image format, and can play back HDR videos without taking over exclusive control of the desktop's HDR configuration. PowerDVD 19 also makes improvement in the YouTube interface, allowing for the selection of the video quality before making a title available for watching offline. 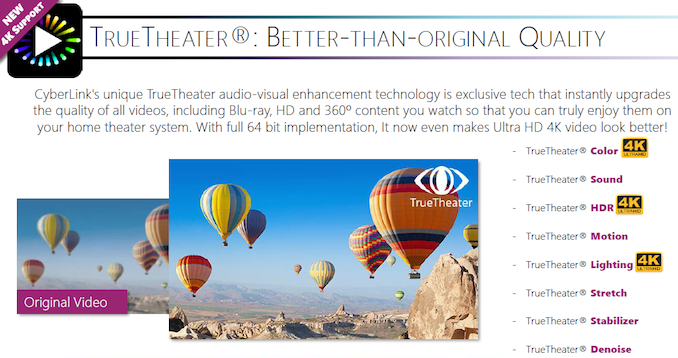 While 8K playback is looking more into the future, CyberLink's advancements in TrueTheater (their video and audio postprocessing features set) can be seen by consumers right away. While PowerDVD 18 focused on TrueTheater effects mainly for HD videos, PowerDVD 19 brings 4K support for post-processing features related to color correction, contrast enhancement, and HDR. 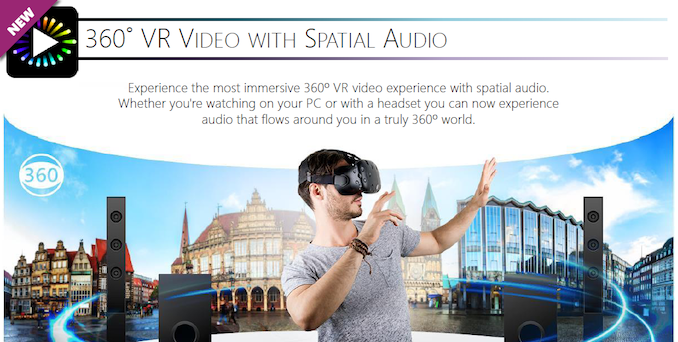 PowerDVD 19 also brings improvements to the VR HMD playback feature, with the 360° video support getting complemented with new support for 360° spatial audio.

Similar to the previous PowerDVD versions, CyberLink plans to offer four different flavors of PowerDVD 19 in the market - the , , and versions are perpetual licenses at a one-time cost of $100, $80, and $60 respectively. The fourth flavor is the version, which is a subscription-based offering at $15 per quarter (or $45 per year). The exact differences in the features are brought out in the slides reproduced at the end of this piece.

CyberLink's PowerDVD and UltraHD Blu-ray Advisor Tool are used in every HTPC review published on AnandTech, as physical disk playback evaluation continues to be an oft-requested point in our reader feedback. The company offered us an early look at PowerDVD 19, and we took it out for a spin on a couple of different systems - on the Kaby Lake Beebox which plays UHD Blu-rays perfectly with PowerDVD 17, the newer version forced us to update our drivers. We also installed the software on the Bean Canyon NUC. On both machines, attempting the playback of a UHD Blu-ray triggered the 'Initiating components for Ultra HD Blu-ray' pop-up box and the progress bar ended up getting stuck close to completion (similar to the issue reported here for an older version. After 6 hours, I gave up attempting to use the software on the Beebox. On the Bean Canyon NUC, I let the system idle with the program active. Eventually, after more than 24 hours, the pop-up box disappeared, and the playback started. All in all, it was not great user experience. But, once past that initial stage, UHD Blu-ray playback was relatively painless. The TrueTheater effects are taxing on both the GPU and the CPU, and it is useful to have for user-generated content, rather than Blu-rays. PowerDVD's TV mode, with a 10-foot UI, is very intuitive to use, though not as flexible as Kodi's.

A lot of the UX issues with PowerDVD are a result of the onerous content protection schemes mandated by the Blu-ray Disc Association. As Netflix and many other OTT content providers have shown, it is possible to keep users relatively satisfied while still protecting the content, and the BDA / CyberLink could learn from them. That said, for people who don't watch protected content, it is a bit difficult to justify the cost of a PowerDVD purchase (given that open-source software like Kodi, VLC, and MPC-HC with LAV Filters do a great job for local media playback). The TrueTheater features go up against the capabilities offered by renderers such as madVR. While PowerDVD 19 / TrueTheater is perfect for the average consumer (working out of the box), madVR is definitely much more flexible (users can even use madVR with Kodi). That said, some of PowerDVD's features such as VR HMD support and 360° video support are unique. They offer a definite value proposition to consumers with a need for playback of such content on specific devices. While the direct-to-consumer appeal may appear limited, CyberLink can continue to target OEMs and bundled sales with the new set of features in PowerDVD 19. 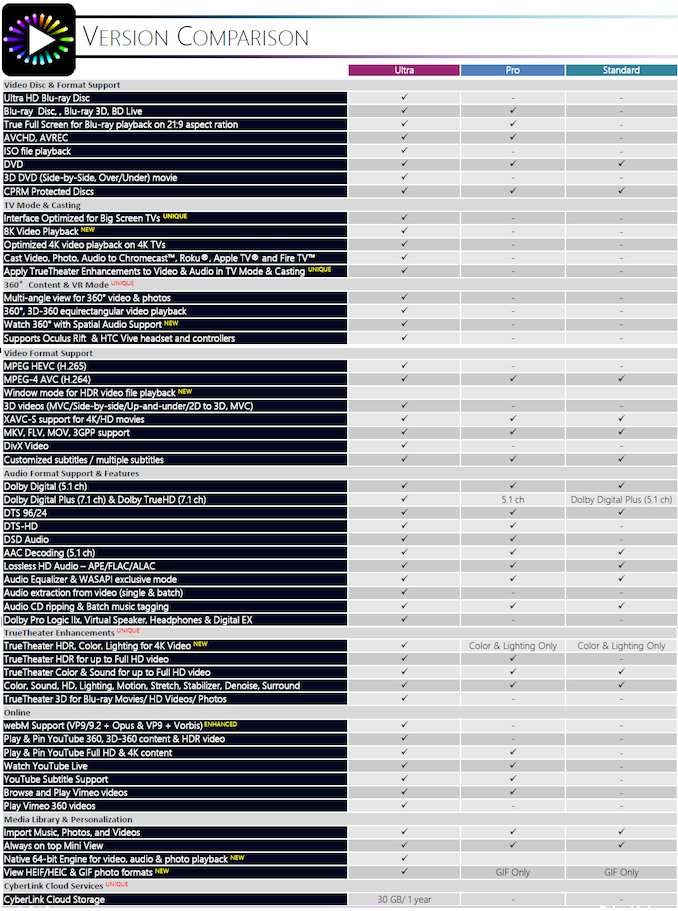