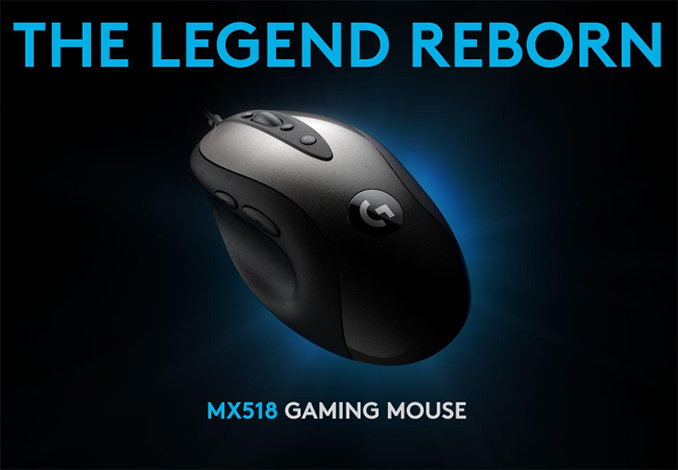 Logitech this week introduced its all-new MX518 mouse, which incorporates its latest HERO sensor as well as a new SoC. The new mouse is designed to be better than its predecessor from 14 years ago in every aspect possible, but one of the things still remained intact: its ambidextrous shape that many consider an ideal shape for a gaming mouse.

The Logitech G MX518 is based on the company’s 32-bit ARM Cortex-M-based SoC, which offers a 1ms USB polling rate. It's paired with the company’s HERO sensor, which is tuned to provide an up to 16,000 DPI resolution (up from 1600 DPI on the original one from 2005). The company also rates its mouse for up to 40 G maximum acceleration as well as for up to 400 IPS (inches per minute) maximum acceleration, which is in-line with advanced wireless gaming mice available today. As for the weight, the new MX518 weighs 102 grams.

Being aimed primarily at experienced gamers with nostalgia about the good old days, the new G-series MX518 is wired, it supports a number of features found on modern mice, including eight programmable buttons (something that was implemented on the original one too) and five onboard memory profiles. 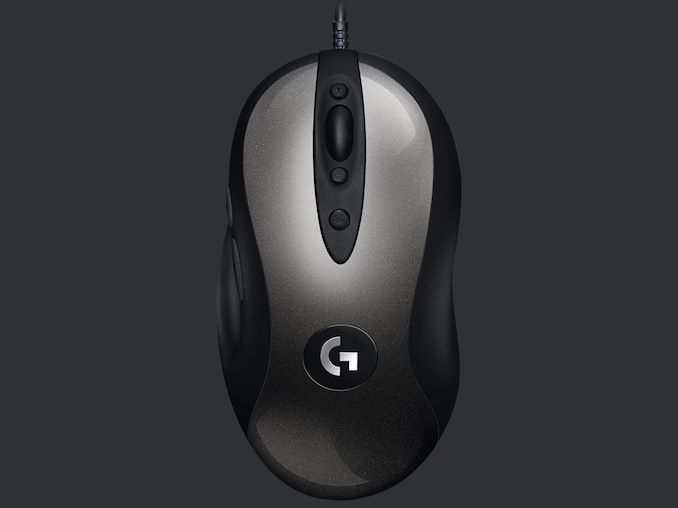 The same processor and sensor are used for Logitech’s G603, G305, and G Pro Wireless gaming mice, so we can say that the new Logitech G MX518 is based on a modern and already proven platform. Furthermore, the new MX518 adds Logitech’s premium “Nightfall” finish to give the mouse a high-end feel.

The year was 2005. The market of computer mice was already pretty much diverse, but the market for peripherals for gamers was still quite young. Logitech had introduced its premium MX-series lineup of products several years before that and the lineup was rather broad by the middle of the decade. The key selling points of the range topping MX mice (on the MX 1000 to be more precise) were ability to work on fancy surfaces like glass (which required usage of a laser sensor), precise ergonomics (yet mostly designed for the righties), and performance that was much higher when compared to mainstream mice from the times yet considerably below what was available from gamers-oriented mice, such as those from Razer. 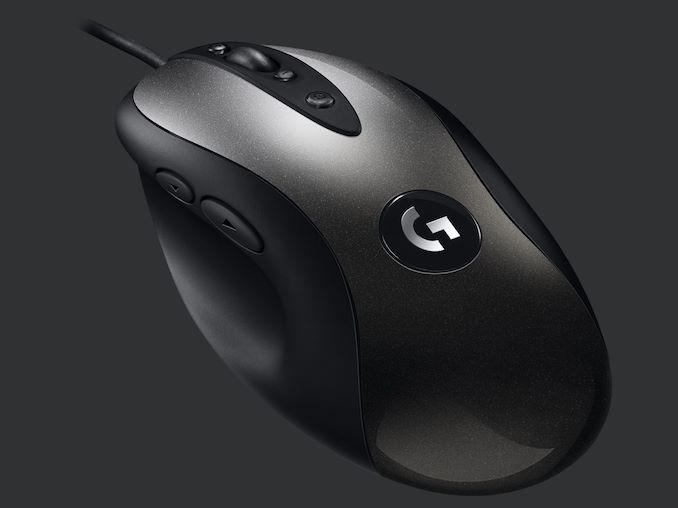 Since it was pretty much obvious for everyone in the industry that hardware for gamers was set to become a multi-billion-dollar market, Logitech introduced its first premium G-series mice in 2005. Yet, its top-of-the-line offering for gamers, the MX518, formally belonged to the renowned MX family and in terms of performance actually outpaced the flagship MX1000 model.

Because the MX518 was one of the first gaming mice from Logitech, its shape was rather minimalistic, yet very comfortable to use, and which many believe was perfect. Furthermore, it MX518 supported multiple features that are standard on high-end gaming mice today, but which were quite innovative back then.

The relative simplicity, ergonomics, and cost were presumably the key reasons why Logitech decided to re-launch its MX518 with new internals. Given the nostalgia and pedigree that come with the name, the new MX518 has a good chance to become popular, and it makes a great bit of sense for Logitech to capitalize on that. The new Logitech G-series MX518 is already available directly from the manufacturer for $59.99.