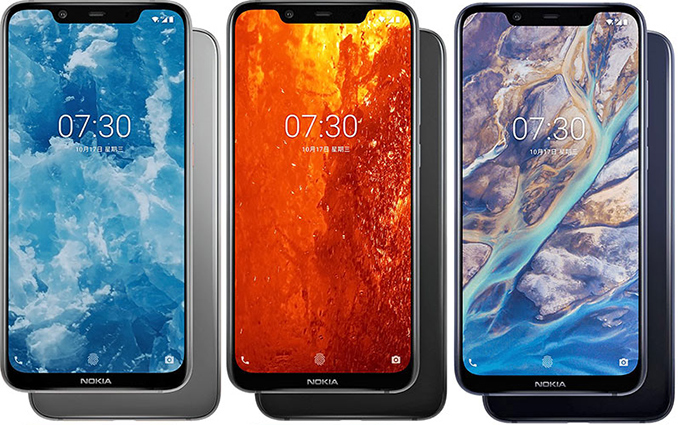 HMD Global has introduced its new flagship smartphone, the Nokia 8.1. The phone features a large 6.18-inch display, an elegant design with a metallic frame, an advanced camera with Zeiss optics, and a pretty unique selfie camera with a 20 MP sensor. What sets the Nokia 8.1 apart from other Nokia 8-branded devices released by HMD so far is an odd choice of SoC and features for a high-end smartphone. In fact, the Nokia 8.1 looks to be a rebadged version of the Nokia X7 introduced in China earlier this year.

Let us start from the positioning of the phone. Nokia’s 8-series has traditionally been all about style (as discussed in historical flashback of our Nokia 8 Sirocco coverage), yet they did feature many differentiating innovations, essentially being Nokia’s business-oriented 6-series in a more premium chassis with a very distinctive design. 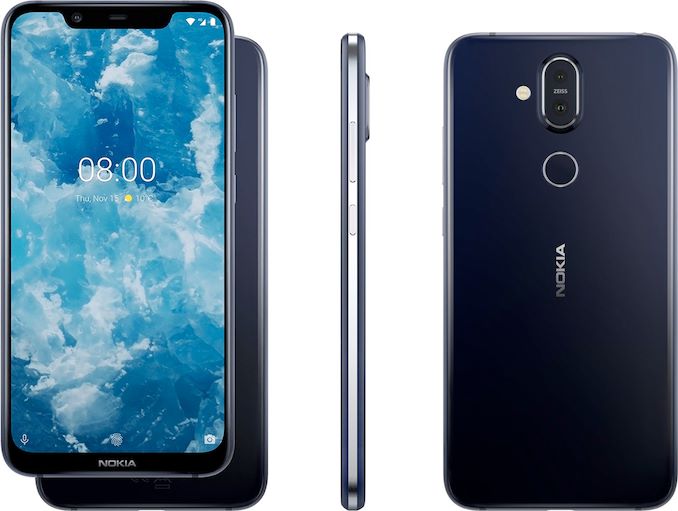 The Nokia 8.1 comes with regular Gorilla Glass front with an aluminum frame chassis. By contrast, the Nokia 8 and the Nokia 8 Sirocco used a aluminum unibody with a and a Gorilla Glass 5 front, along with a stainless steel frame. The new phone is slightly larger than other Nokia 8-branded devices, but it also features the largest display with as well includes a notch. As for colour options, the new Nokia 8.1 will be available in Blue/Silver, Steel/Copper, and Iron/Steel colors.

Moving on to the display. The Nokia 8.1 comes with a 6.18-inch IPS display featuring a 2280x1080 resolution with an 18.7:9 aspect ratio, resulting in a pixel density of 408 PPI. HMD says that the screen features its PureDisplay hardware and software tech powered by a PixelWorks chip that supports HDR10, can upscale SDR content to HDR, adjusting brightness and contrast dynamically to ensure optimal visual experience both indoors and outdoors. Nokia introduced its PureDisplay technology in October along with its Nokia 7.1 smartphone, and while formally the display is not as advanced as the POLED screen used on the Nokia 8 Sirocco, does have the benefit of HDR10 playback, which will help video media playback.

When it comes to internals, the Nokia 8.1 is based on Qualcomm’s new Snapdragon 710 processor accompanied by 4 GB of LPDDR4X DRAM and 64 GB of eMMC 5.1 NAND flash storage. The choice of SoC is pretty logical for a performance-mainstream Nokia X7, but the chip looks a bit odd in a Nokia 8-branded device (which have used Qualcomm’s Snapdragon 835). In the meantime, Snapdragon 710 integrates eight Kryo 360 cores (two semi-custom Cortex-A75 and six Cortex-A55 cores in DynamIQ configuration), the Adreno 616 GPU, and the X15 LTE modem (800/150 Mbps UL/DL). 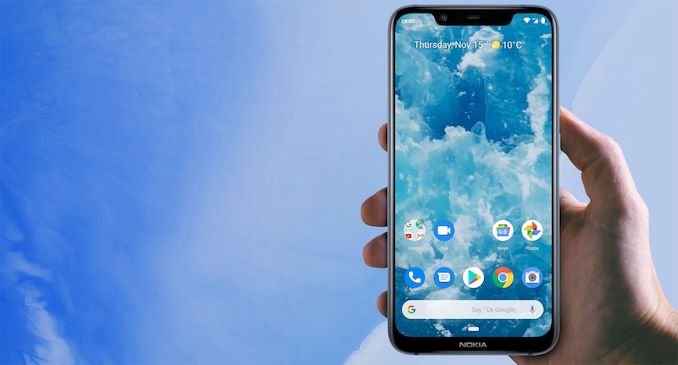 As for the battery, the Nokia 8.1 handset is outfitted with a 3500-mAh battery, one of the highest capacity batteries in a modern Nokia smartphone, and comes witth 18 W fast charging support. The phone will ship with Android 9 Pie as the OS, which has a number of battery life-oriented optimizations. The combination of the bigger battery as well as newer generation SoC allows HMD/Nokia to proclaim that the new handset will work for a longer time on one charge when compared to predecessors.

Imaging capabilities are among the key selling features of Nokia’s smartphones, so the X7/8.1 come equipped with rather advanced cameras. The main camera traditionally uses optics co-designed with Zeiss and comprises of a 12MP sensor with an f/1.8 aperture, a 13MP B&W sensor to capture depth, and a dual-tone flash. The selfie camera features a 20MP f/2.0 sensor and support “AI-enhanced” face unlock, a major improvement when compared to the Nokia 8 Sirocco. 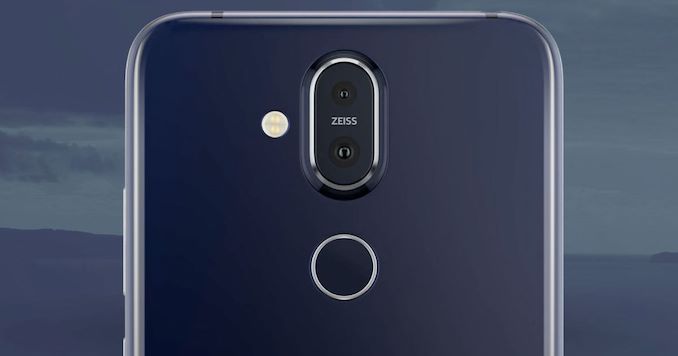 As always, Nokia’s camera software features numerous enhancements and exclusive features, including a Pro Camera Mode that enables a thorough control of white balance, ISO, aperture, and shutter speed, as well as the “bothie” mode that enables to record videos or take photos using both front and back cameras simultaneously.

Moving on to essential interfaces that the Nokia 8.1 has. On the wireless side of things there are obviously 802.11ac Wi-Fi, Bluetooth 5.0, and GPS/AGPS+GLONASS+Beidou positioning. On the physical side of things, the handset has a USB 2.0 Type-C connector for charging and data, a 3.5-mm TRRS audio jack, a speaker, and a microphone.

HMD plans to start sales of the Nokia 8.1 globally starting from December 15 – December 21 timeframe depending on the country. The recommended pricing of the smartphone is €399 for Europe, which is considerably below roughly €550 for the Nokia 8 Sirocco. It is unknown how much the phone will cost in the US and when HMD plans to make it available in North America, though it is reasonable to expect the handset to show up on this side of Atlantic in the coming weeks. 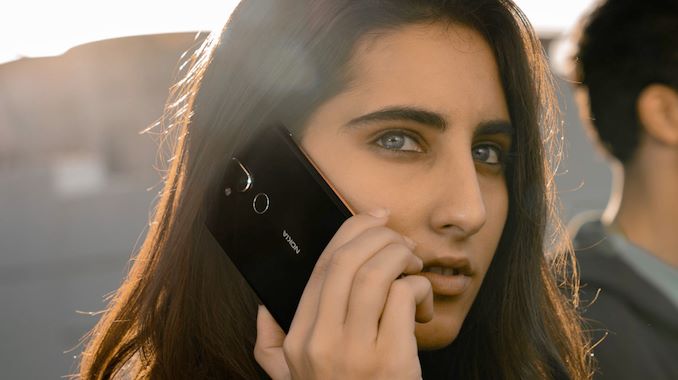