Windows 10 1809 brings some much-needed improvements to the clipboard. First, you can access your clipboard history, and second, you can access your clipboard on multiple devices. Both of these can be configured, of course, if you prefer to not use these features. In addition, hopefully this fixes the long-standing bug with Windows 10 where it wouldn’t always copy when you do Ctrl C, especially in a UWP app, but as it’s difficult to prove a negative, all we can say is that so far after over a month with 1809, this bug hasn’t occurred.

To access your clipboard, you have to use the new keyboard shortcut of Windows Key + V. Once opened, you’ll see your most recent items in your clipboard and if you click on them it pastes that item into whatever program is open. You can also delete some or all of your history. 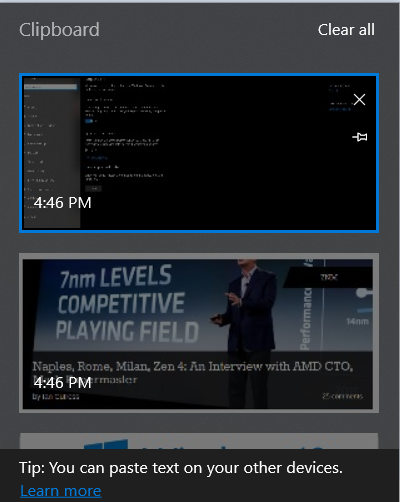 In the new settings feature for this app, you can set it to also sync between devices, so you’d be able to access your clipboard anywhere if needed. 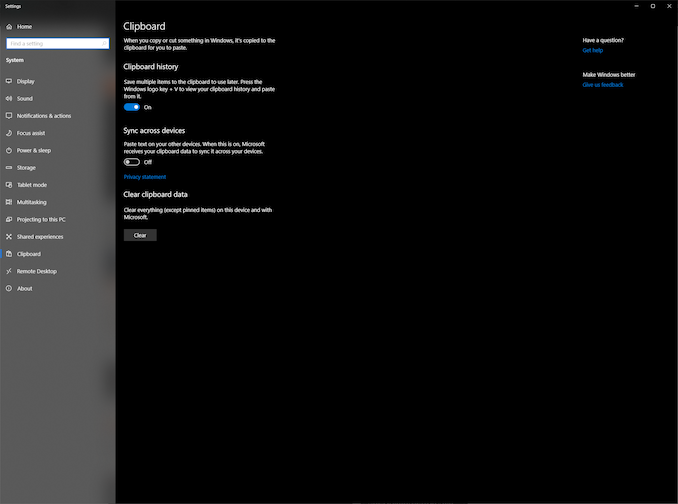 Functionality wise, the new feature works as expected, although the interface could use some work. Having to open it with Win + V works, but it would be nice to be able to keep your clipboard open as an app as well, and where the clipboard opens on the display seems to be relative to what you have open at the time, so it does move around a bit. Unlike most apps you can’t drag it around either. Hopefully this gets turned into a full-fledged app you can just have open on your screen.

Also, if you have a lot of items in your clipboard, it’ll take a bit of scrolling to find what you’re after, so you may find that you need to prune it from time to time.

Working in harmony with the updated clipboard is Screen Sketch tool, which is a big improvement over previous versions. Most users know that they can do a PrintScreen to grab a capture of the whole screen, or Alt+PrintScreen to grab an active Windows in a screen capture, but Windows 10 also had a shortcut to access a screen sketch tool accessed through Windows Key + Shift + S, and this would provide much of the same functionality as the Snipping Tool from Windows 7 where you can draw a box around anything on the screen and it would be instantly copied to your clipboard.

With 1809, Screen Sketch has been improved dramatically. Opening the Screen Sketch tool lets you pick between a full screen capture, freeform capture, or the default rectangular capture, where you can draw a box around something to copy it. Once copied, it will then open the Snip & Sketch app where you can crop, annotate, save, or share the capture. 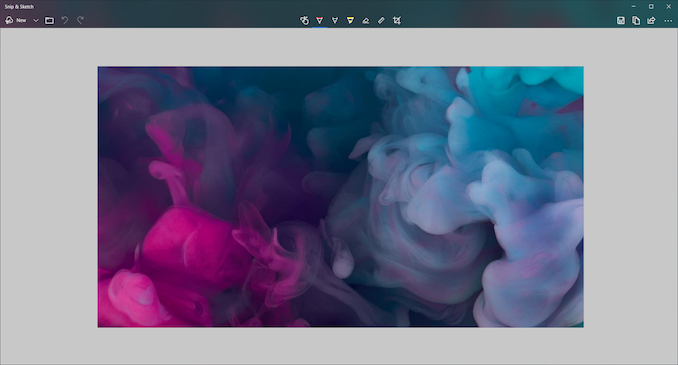 For those that do a lot of screen captures (raises hand) this new functionality speeds up the process significantly, and cuts out steps like having to paste a screen capture into paint or another program in order to save it as a file. In previous versions of Windows 10, the Win+Shift+S shortcut was already great tool, but 1809 really brings the entire process altogether into a single experience. 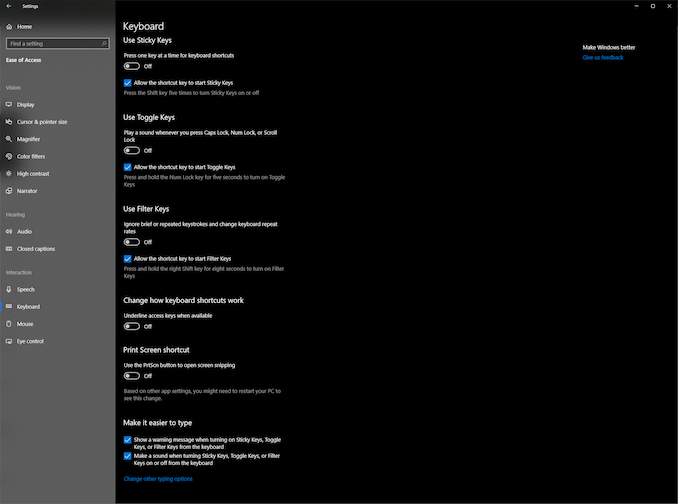 Finally, many people will likely not love having to use a three-key combination to launch this new tool, and with the 1809 update you can now map the Print Screen key to this new screen clipping method.