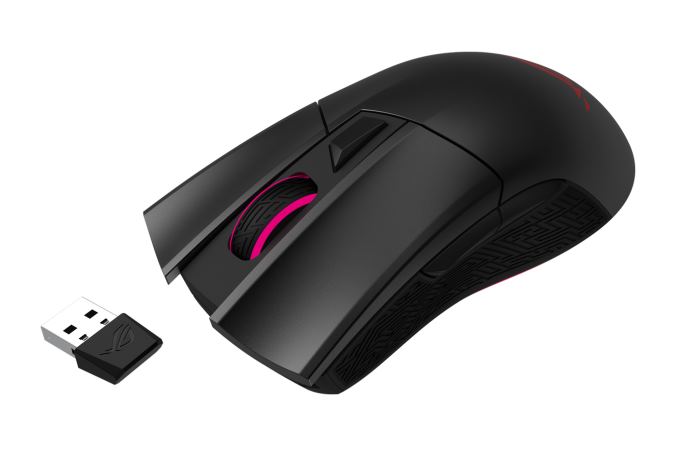 ASUS has also announced a new wireless mouse, the ROG Gladius II. The ROG Gladius II is the wireless version of the popular Gladius II released in 2017. The Gladius II wireless combines RF and low latency Bluetooth technologies with a new 16000 DPI sensor from Pixart to provide the tracking duties (versus 12000 found on the wired version).

ASUS says they helped to optimize the sensor’s power consumption to improve battery life allowing the device to game for up to 24 hours with the RGB lightning turned off (no mention of the hours with it enabled). The Gladius II wireless mouse, like its wired brother, has three different RGB lighting zones able to be controlled through Aura Sync software.

Pricing was not mentioned, however, the wired version can be found for $95 at Amazon so it is expected to cost a bit more. Availability is in the 2H 2018.

More info as we get it at Computex.