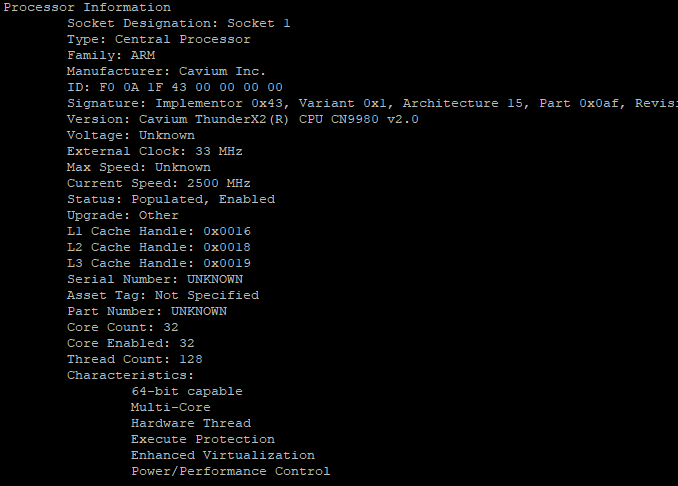 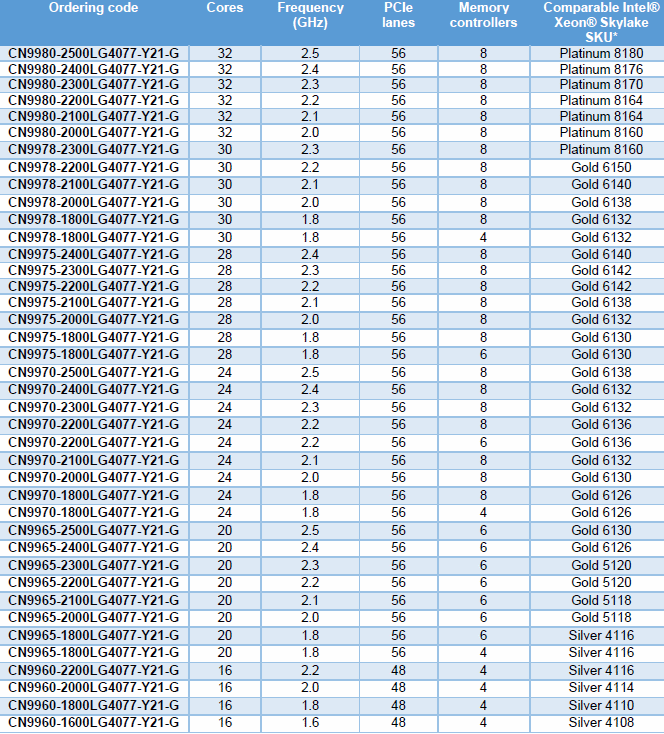 As you can see, Cavium considers our CN9880 2.2 to be comparable to the much more expensive 8164. For our testing we will compare it to the 8176, as that was the Intel SKU available to us. Not that it should matter much: the 8176 only has a 3% higher clockspeed and 2 additional cores (+7%) over the 8164. Note however that if Cavium's ThunderX2 can really compete with these Intel SKUs, they are offering the same performance at one third of the cost of the Intel SKUs.