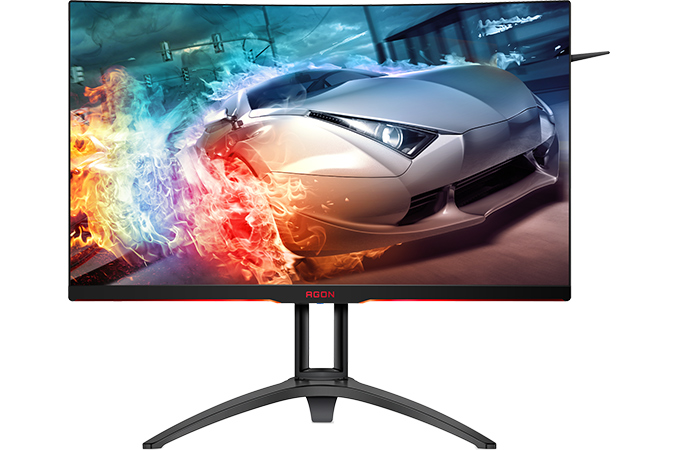 AOC on Wednesday introduced its first gaming display that supports AMD’s FreeSync 2 technology, making this just the second line of FreeSync 2 monitors to be announced thus far. The curved 32-inch AGON AG322QC4 monitor has a QHD resolution as well as a 144 Hz refresh rate, which is in line with other gaming monitors these days. The monitor also carries DisplayHDR 400 certification, meaning it falls under the VESA's entry-level HDR tier.

The AOC AGON AG322QC4 is based on a 32-inch VA panel featuring a 2560×1440 resolution, a 400 nits peak brightness, a 2000:1 static contrast ratio, a 144 Hz refresh rate, a 4 ms GtG response time, and a 1800R curvature. The key selling points of the AGON AG322QC4 are of course AMD’s FreeSync 2 with Low Framerate Compensation technology as well as the DisplayHDR 400 badge. AOC yet has to reveal the FreeSync 2 range supported by the display, but since the monitor is a couple of months away, its firmware may still be in development. Meanwhile, since AMD mandates all FreeSync 2 displays to support LFC, which requires the maximum framerate to be at least 2x the minimum framerate, the FreeSync range of the AG322QC4 should be pretty wide (from at least 72 Hz to 144 Hz). 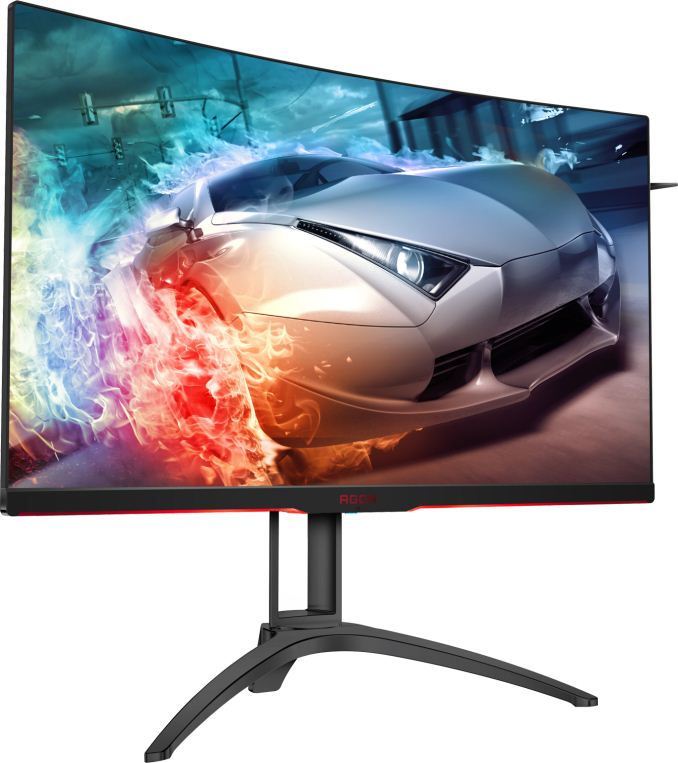 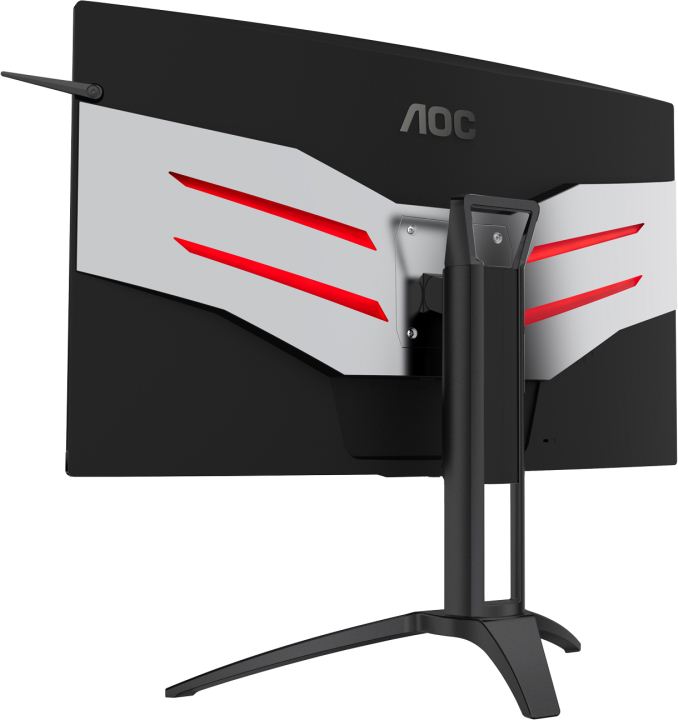 Update 4/18: As it turns out, AMD mandates FreeSync 2 displays to support at least 90% of the DCI-P3 color space.

AOC itself does not define color gamuts supported by the AGON AG322QC4, so the only thing that is safe to say here is that it does support sRGB for Windows and something more than that because of its key features. AMD’s FreeSync 2 requirements include mandatory support for a wider-than-sRGB color range, to be more precise, the GPU developer requires FreeSync 2 to support at least 90% of the DCI-P3 color gamut.

but does not include specifics (e.g., mandatory 95% of the DCI-P3). Meanwhile, the DisplayHDR 400 spec only mandates 95% of the sRGB-like BT.709 color space for the color gamut. In other words, nothing about this HDR monitor specifically requires a DCI-P3 color gamut. So if the AG322QC4 can support a wider color gamut, then it's not in any of the specificiations at this time.

Moving on, as a gaming monitor AOC’s AGON displays not only support premium features, but are also outfitted with the company’s proprietary firmware-based technologies aimed at the target audience. Therefore, the AG322QC4 supports various Game Mode presets for different types of genres, the Shadow Control function to quickly brighten dark areas, Low Input Lag mode for fast-paced games (not sure whether the LIL will be needed for FreeSync 2-supporting games), and some other features. The monitor uses AOC’s Ergo Base stand that can adjust height, tilt, and swivel. As a bonus capability, the AGON AG322QC4 display has LEDs (red, green or blue) on the lower bezel and the back of the chassis with three intensity levels for personalization, and to emphasize the gaming nature of the product.

As for connectivity. The AGON AG322QC4 is equipped with DisplayPort and HDMI inputs, a dual-port USB 3.0 hub as well as 3.5-mm audio jacks for headphones and a mic.

AOC plans to start selling its AGON AG322QC4 display in Europe this June. The LCD will be priced at £529 in the U.K. and €599 in mainland Europe. At this point we do not have any information regarding availability and pricing of the AG322QC4 in the U.S., but it is safe to say that it will hit North America this summer and judging by its MSRP in the EU, it is highly likely that AOC’s 32-inch FreeSync 2-supporting LCD will carry a ~$600 price tag without taxes in the U.S. 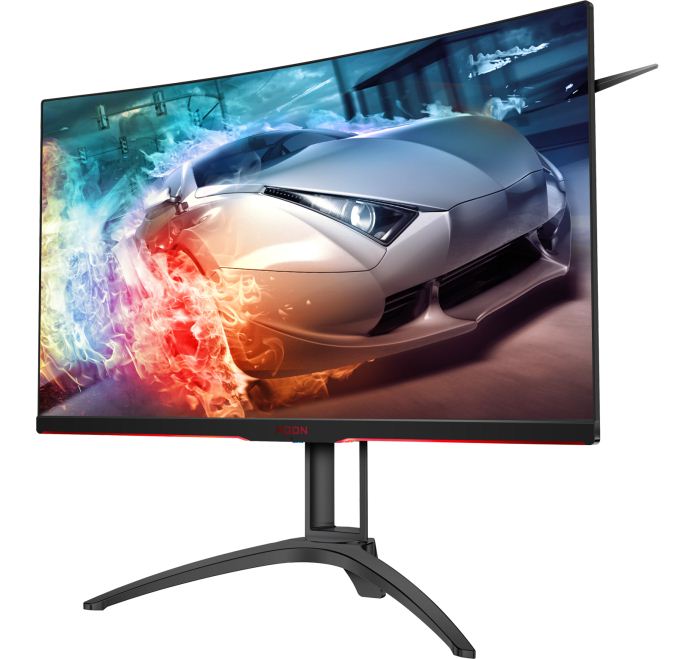 AMD introduced its FreeSync 2 technology in early 2017. Samsung was the first to support the technology with its Quantum Dot-enhanced displays in early June last year and has been enjoying its FreeSync 2 monopoly since then. Initially, Samsung’s C49HG90, C32HG70, and C27HG70 suffered from teething problems — their FreeSync range was limited to 120 – 144 Hz at launch, but an updated firmware decreased the minimum to 72 Hz later on. Since the 32-inch FreeSync 2 monitor has been available on the market for a while, Samsung’s partners are offering it below its MSRP of $699. For example, the 32-inch FreeSync 2 supporting C32HG70 is now available for $616 - $646 from Amazon. With the arrival of other FreeSync 2-compatible displays, such as the AGON AG322QC4, prices of such LCDs will inevitably drop.