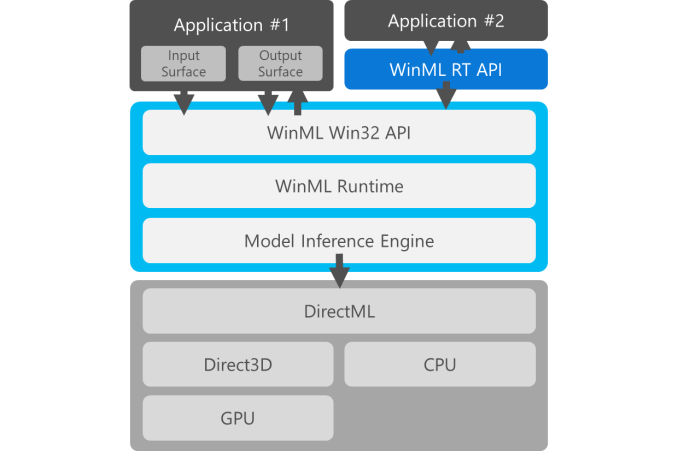 In a day filled with all sorts of game development-related API and framework news, Microsoft also has an AI-related announcement for the day. Parallel to today’s DirectX Raytracing announcement – but not strictly a DirectX technology – Microsoft is also announcing that they will be pursuing the use of machine learning in both game development and gameplay through their recently revealed Windows Machine Learning framework (WinML).

Announced earlier this month, WinML is a rather comprehensive runtime framework for neural networks on Windows 10. Utilizing the industry standard ONNX ML model format, WinML will be able to interface with pre-trained models from Caffe2, Tensorflow, Microsoft’s own CNTK, and other machine learning framework. In turn, the DirectML execution layer is able to run on top of DX12 GPUs as a compute task, using the supplied models for neural network inferencing.

The initial WinML announcement was a little ambiguous, and while today’s game-focused announcement has a more specific point to it, it’s still somewhat light on details. And this is mostly because Microsoft is still putting out feelers to get an idea of what developers would be interested in doing with machine learning functionality. We’re still in the early days of machine learning for more dedicated tasks, never mind game development and gameplay where this is all brand-new, so there aren’t tried-and-true use cases to point to.

On the development front, Microsoft is pitching WinML as a means to speed asset creation, letting machine learning models shoulder part of the workload rather than requiring an artist to develop an asset from start to end. Meanwhile on the gameplay front, the company is talking about the possibilities of using machine learning to develop better AIs for games, including AIs that learn from the player, or even just AIs that act more like humans. None of which is new to games – adaptive AIs have been around long before modern machine learning has – but it’s part of a broader effort to figure out what to do with this disruptive technology. 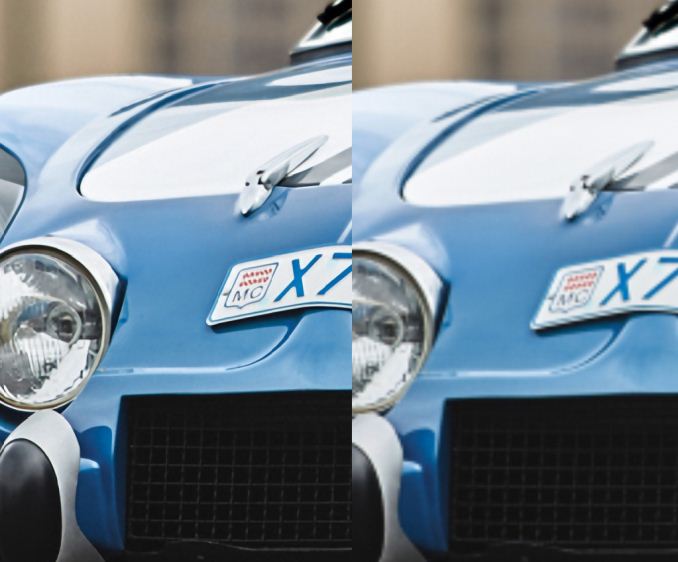 Though one interesting use case that Microsoft points out that does seem closer to making it to market is using machine learning for content-aware imagine upscaling. NVIDIA was showing this off last year at GTC as their super resolution technology, and while it’s ultimately a bit of a hack, it’s an impressive one. At the same time similar concepts are already used in games in the form of temporal reprojection, so if super resolution could be made to run in a reasonable period of time – no longer than around 2x the time it takes to generate a frame – then I could easily see a trend of developers rendering a game at sub-native resolutions and then upscaling it with super resolution, particularly to improve gaming performance at 4K. Or to work with Microsoft’s more conservative example, using such scaling methods to improve the quality of textures and other assets in real-time.

Moving on, while today’s announcement from Microsoft doesn’t introduce any further technologies, it does offer a bit more detail into the technological underpinnings of WinML. In particular, while the preview release of WinML is FP32 based, the final release will also support FP16 operations. The latter point being of some great importance as not only do recent GPUs implement fast FP16 modes, but NVIDIA’s recent Volta architecture went one step further and included dedicated tensor cores, which are meant to work with FP16 inputs. 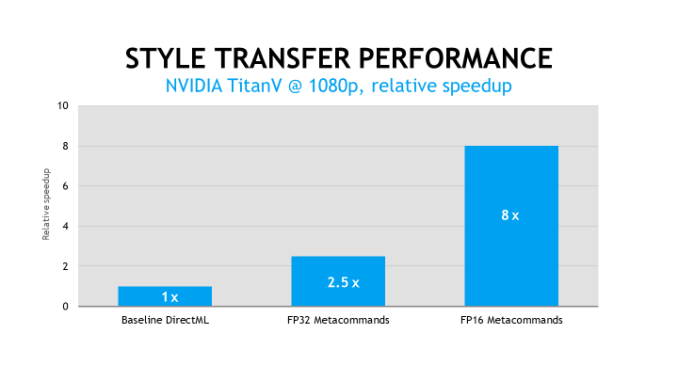 Another notable development here is that while WinML generates HLSL code as a baseline mode, hardware vendors will also have the option of writing DirectML metacommands for WinML to use. The idea behind these highly optimized commands is that hardware vendors can write commands that take full advantage of their hardware – including dedicated hardware like tensor cores – in order to further speed up WinML model inferencing over what’s capable with a naïve HLSL program. Working with NVIDIA, Microsoft is already showing off an 8x performance improvement over baseline DirectML performance by using FP16 metacommands.

Ultimately as with today’s DirectX Raytracing announcement, Microsoft’s WinML gaming announcement is about priming developers to use the technology and to collect feedback on it ahead of its final release. More so than even DirectX Raytracing, this feels like a technology where no one is sure where it’s going to lead. So while DXR has a pretty straightforward path for adoption, it will be interesting to see what developers do with machine learning given that they’re largely starting with a blank slate. To that end, Microsoft has a couple of WinML-related presentations scheduled for this week at GDC, which hopefully should shed a bit more light on developer interest.