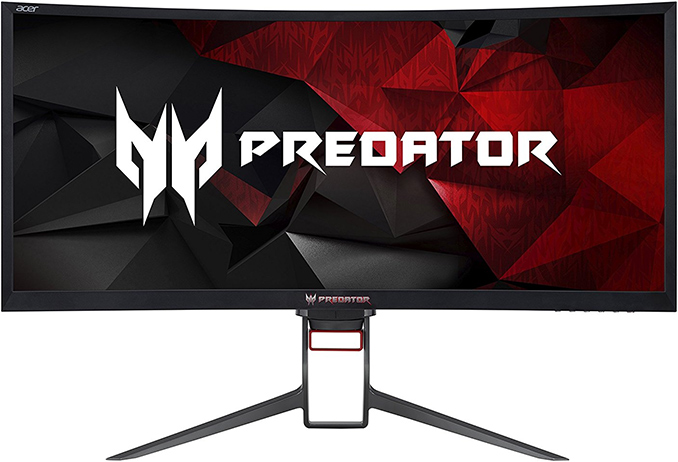 Acer has quietly launched yet another curved ultra-wide Predator display for gamers seeking a large diagonal, a high resolution and an ultra-high refresh rate. The Predator Z35P resembles its predecessor launched a couple of years ago, but has a higher resolution and a better contrast ratio. The new monitor is available for pre-orders now.

Acer’s Predator Z35 was one of the first large ultra-wide curved displays featuring a very high refresh rate when it was introduced in mid-2015. Its large dimensions, along with a 144-200 Hz refresh rate, and accompanied by NVIDIA’s G-Sync technology, made it well known among demanding gamers - but its resolution of 2560×1080 was not high enough. The relatively low resolution was justified by the fact that in 2015 only ultra-high-end graphics cards could hit 200 fps in demanding titles at 2560×1080. In the mean time, graphics cards have come a long way in two years and it is time for Acer’s large curved ultra-wide monitor to get a resolution upgrade. 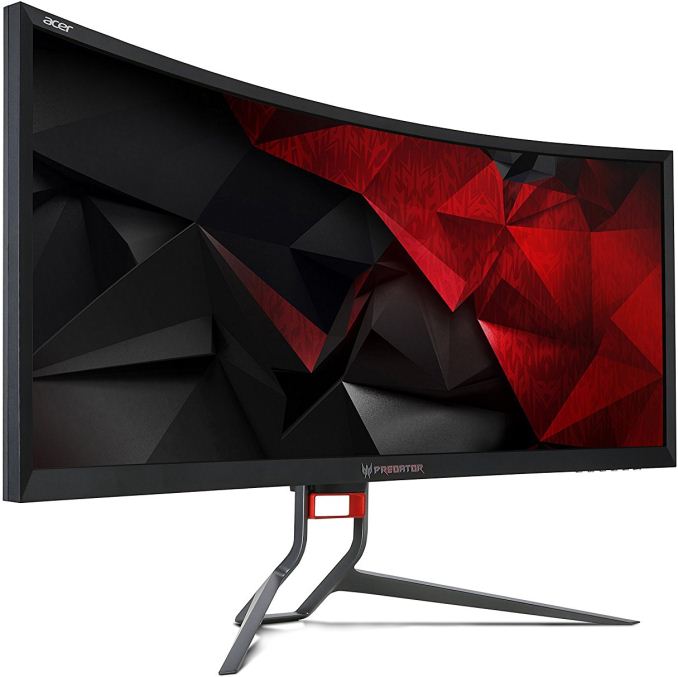 When it comes to connectivity, the Acer Predator Z35P monitor has one HDMI 1.4 port, a DisplayPort 1.2 port, four USB Type-A headers (with one USB-B input) and a 3.5-mm audio jack to drive two 9 W integrated speakers.

The new Predator Z35P does not seem to have many rivals on the market that can offer a similar combination of features: dimensions (35"), resolution (3440×1440), curvature, a very high refresh rate (up to 120 Hz), G-Sync support and so on. In fact, there are only two of them: the AOC Agon AG352UCG as well as the HP Omen X, if we do not consider slightly smaller 34"-class ASUS ROG Swift PG348Q and Acer Predator X34 (this one uses an IPS panel with 60 Hz, but it is overclockable to 100 Hz).

The Acer Predator Z35P is expected to be available in the U.S. in the coming weeks for $1099.99. Amazon is taking pre-orders on the display with ETA in one to three weeks.