Hands On With the Huawei Honor 6X 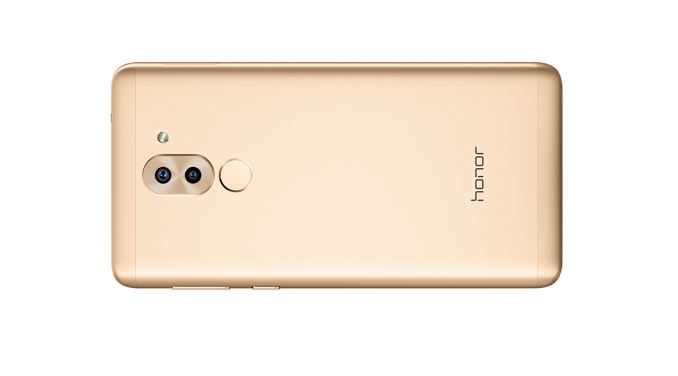 Last year at CES, Honor announced a new mid-range smartphone, the Honor 5X, for the US market that aimed to bring premium smartphone features to a lower price point. The SoC and display were in line with expectations given the price, but it also had an aluminum unibody design, a fairly good camera, and a fingerprint scanner that, at the time, were mostly seen in high-end designs costing ~600 USD rather than ~250 USD. 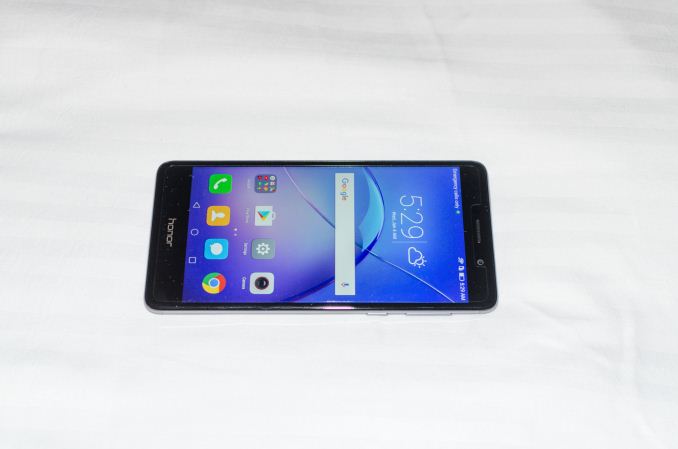 This year at CES 2017, Huawei announced that it’s bringing the Honor 6X to the US, which includes several improvements over its predecessor. It still uses an aluminum unibody construction, but it feels much more sturdy than the Honor 5X, giving it a more premium feel. The rounded corners and sides make it comfortable to hold, but also a little slippery when combined with the sandblasted finish. 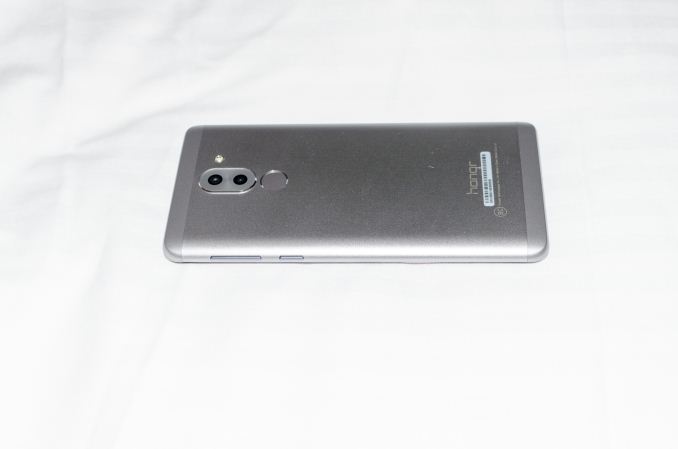 The Honor 6X still uses plastic RF windows along the top and bottom on the back, like so many other Huawei designs. The plastic has a similar texture to the metal back, but the color is a little off, interrupting the smooth lines and otherwise attractive design.

The capacitive fingerprint sensor on the back supports EMUI’s “touch and hold” and slide gestures, which allow you to optionally snap a photo, answer a call, or stop an alarm by holding a finger to the sensor. Sliding a finger vertically across the sensor lowers and raises the notification shade. 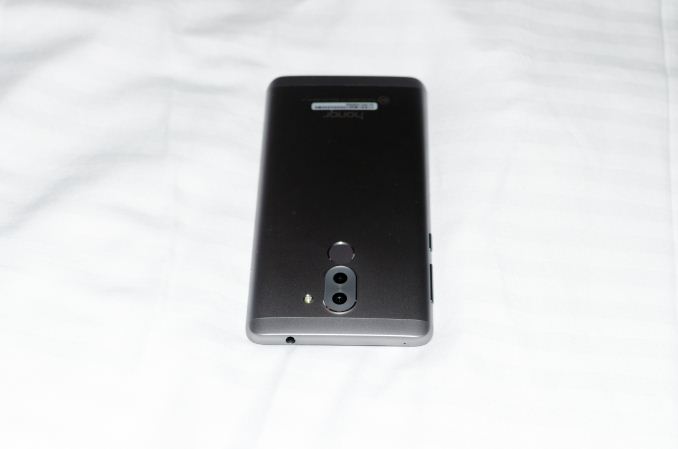 There’s a single-piece volume rocker and power button on the right edge that give a decent click when pressed, and there’s a 3.5mm headphone jack and noise cancelling microphone on the top edge. It’s a bit puzzling to see a microUSB port on the bottom as USB Type-C is pretty ubiquitous at this point. To its right is the single downward firing speaker. 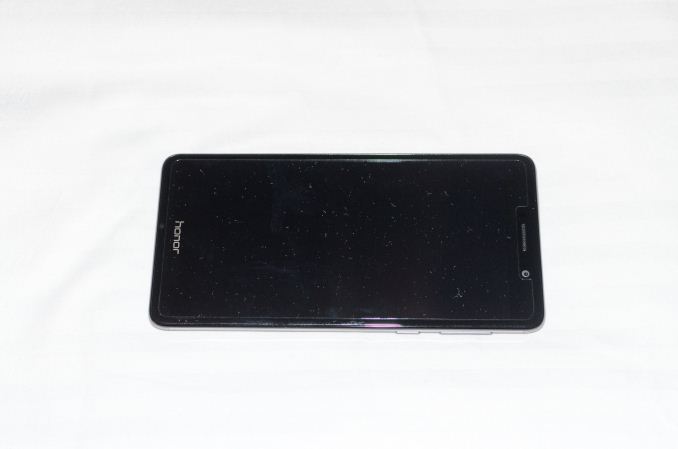 The entire front is covered in glass, which is slightly bevelled along the edges. A plastic screen protector comes pre-applied, although it does not reach all the way to the edges. The 5.5-inch 1080p IPS LCD display has a standard sRGB color gamut and a rather cool white point that gives the screen a blue tint. Huawei lists the peak brightness at 450 nits.

Inside is a Kirin 655 SoC paired with either 3GB or 4GB of LPDDR3 RAM. It’s interesting to note how Huawei is becoming more vertically integrated, using its Kirin SoCs in more of its products. With eight Cortex-A53 CPU cores and a 16nm FinFET process, the Kirin 655 should provide good power efficiency.

Internal storage gets a boost from 16GB in the Honor 5X to either 32GB or 64GB, which can be expanded with a microSD card. The 6X also gets an 11% larger battery, but unfortunately the wireless connectivity remains the same, only supporting up to 2.4GHz 802.11n Wi-Fi.

On the camera side of things, the 12MP rear camera has slightly larger pixels than most phones in this segment, and also adds some neat features like PDAF that are generally only seen in higher-end devices. The depth camera is nothing particularly special here and as a result the setup looks a lot like the HTC One M8 from previous generations, especially when it comes to background defocus performance as the accuracy with which it does the background blur and how it handles progressive defocus is not particularly clean. Thankfully unlike the Honor 5X which had a fairly low frame rate preview the Honor 6X does a lot better here and has much better focus thanks to the addition of PDAF. It's also fairly obvious that the luminance noise reduction is fairly aggressive here but we'll have to see just how much of a problem it really is with a full review.

The Honor 6X will be available in gold, gray, and silver with a few different memory and storage configurations. The 3GB version, which starts at $249.99, will be available for pre-order in the US on January 4 and will begin shipping January 15. It will also be available in France, Germany, Italy, Spain, United Kingdom, the Netherlands, Russia, Malaysia, the United Arab Emirates, and Saudi Arabia starting January 4 for 249 EUR. The 4GB version won’t be available until later in the first quarter and will cost $299.99 or 299 EUR.