11:51PM EDT - Question about Qualcomm not mentioned as a partner: 'we can only talk about companies that have agreed to go public at this time'

11:50PM EDT - A73 is two wide, compared to A72 which was three wide, but improved branch prediction and other things 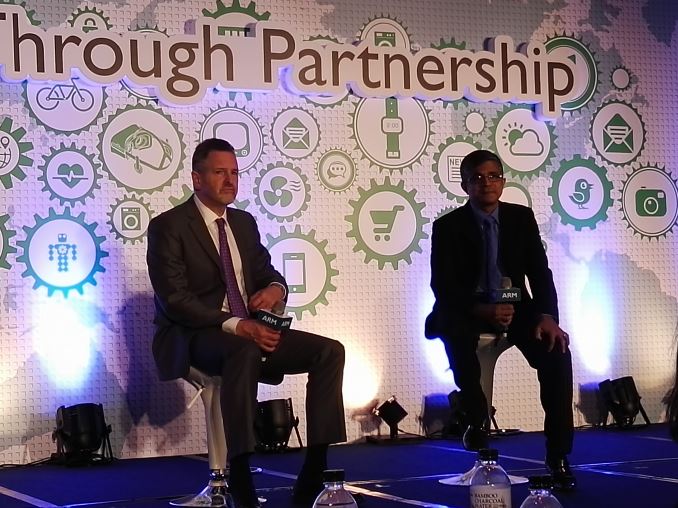 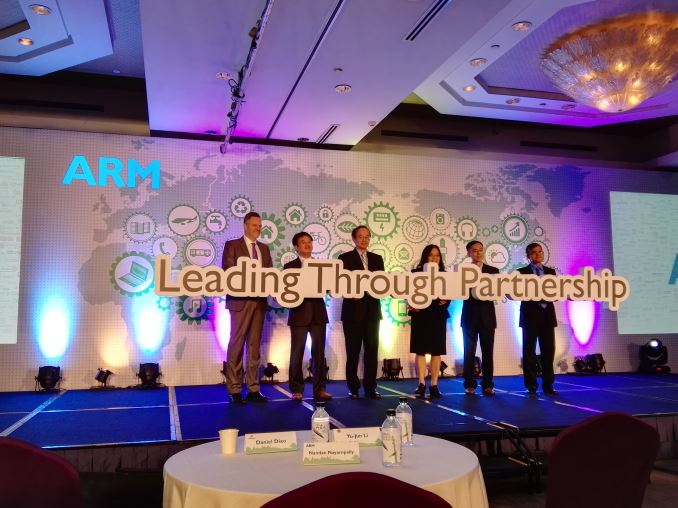 11:42PM EDT - Yes, it's as cheesy as last year with the watering plants and thumbs up 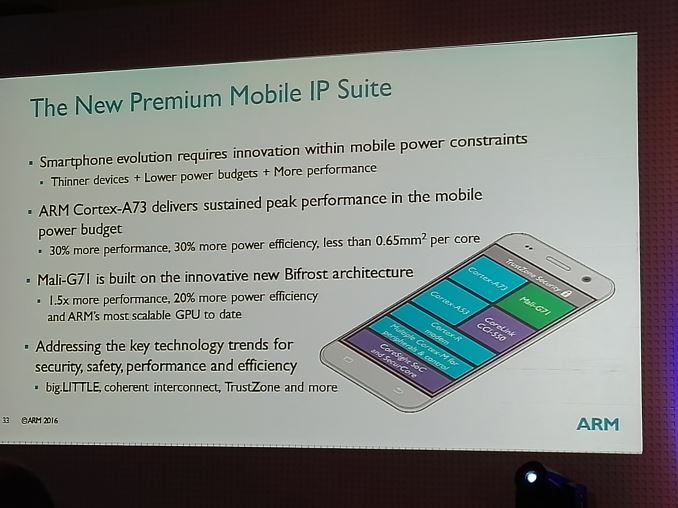 11:39PM EDT - This slide shows all the ARM IP together 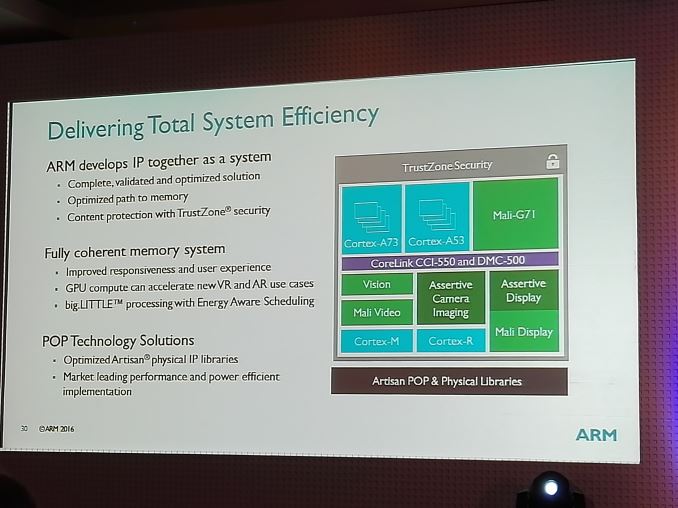 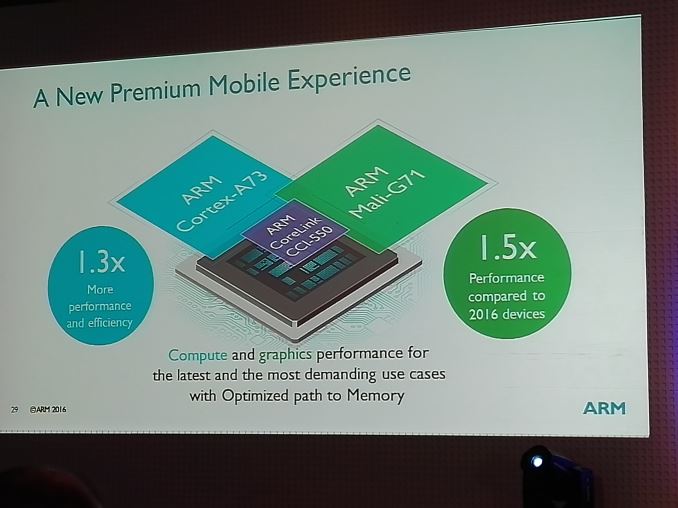 11:38PM EDT - But power consumption is also down 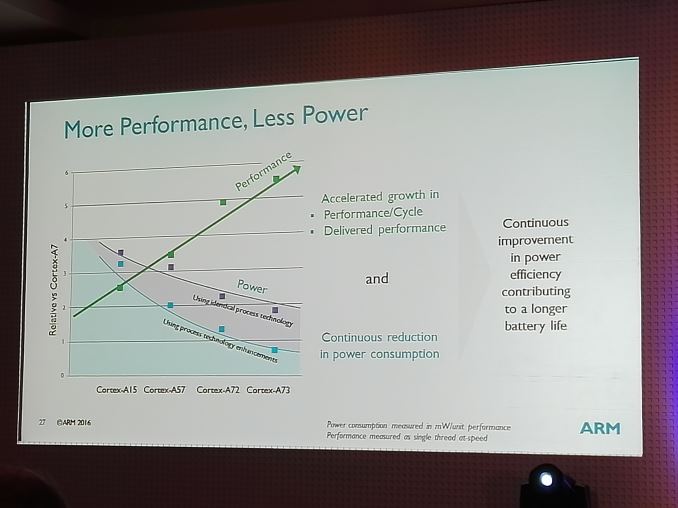 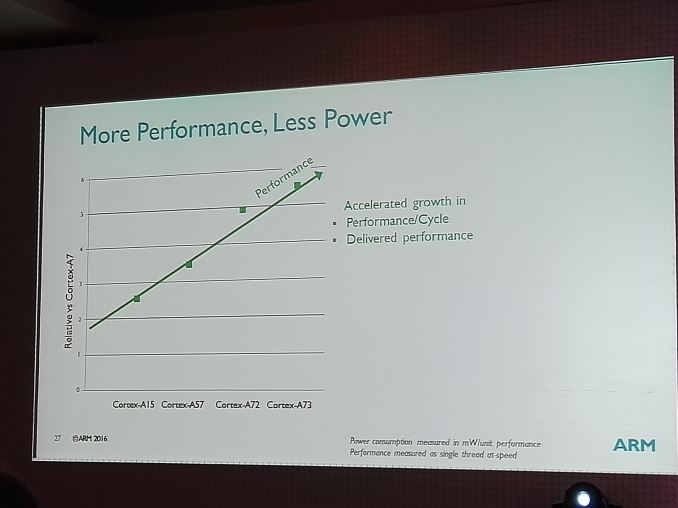 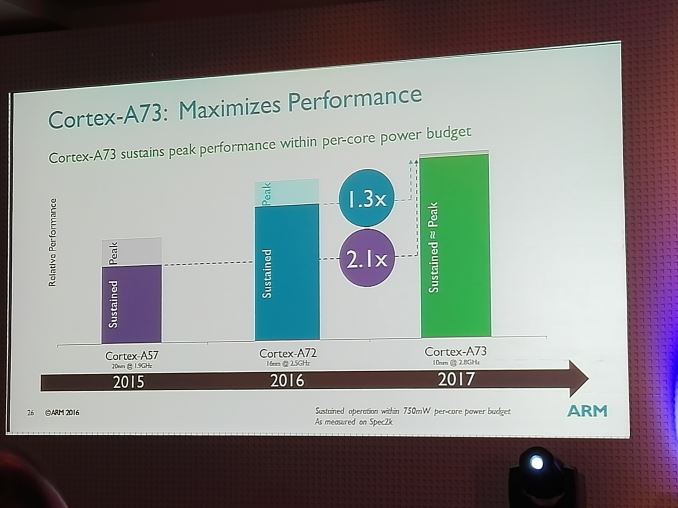 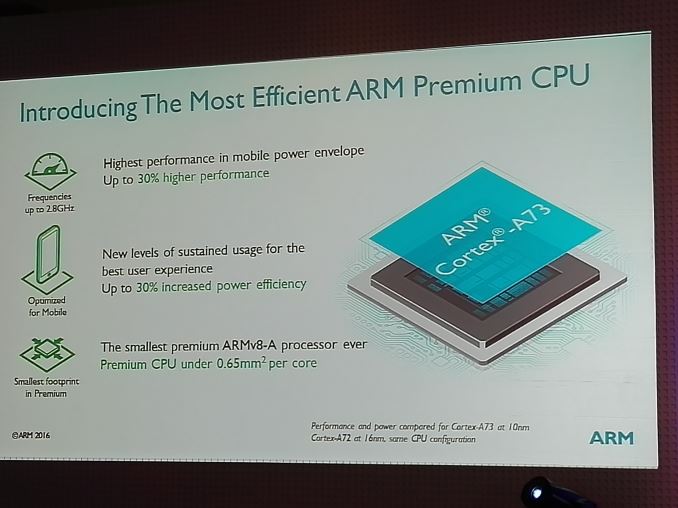 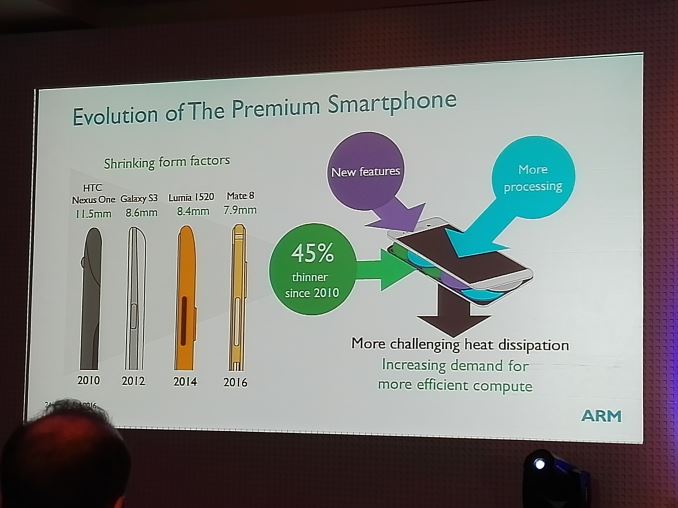 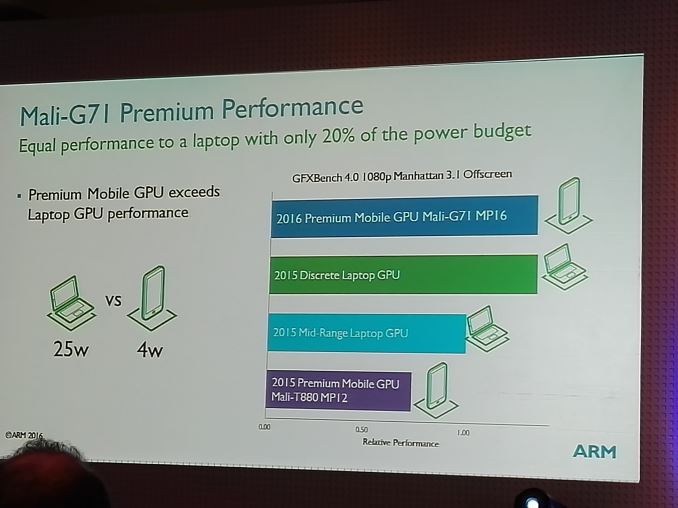 11:30PM EDT - But G71 is not process fixed. Could do it in 14/16nm if a customer wanted due to improved energy efficiency and 40% better performance density 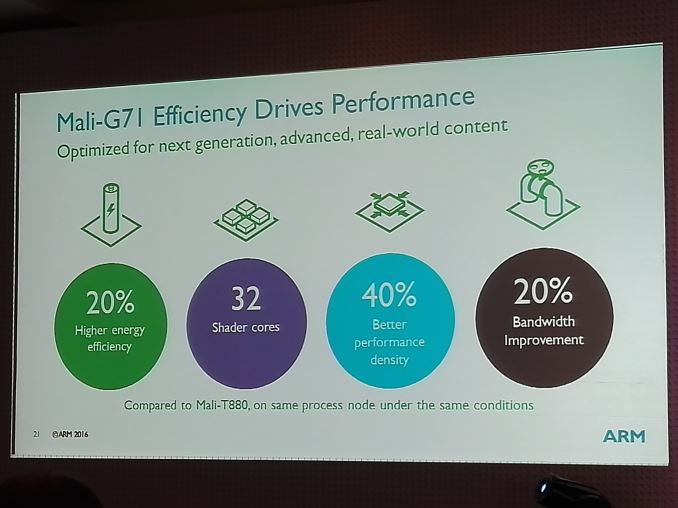 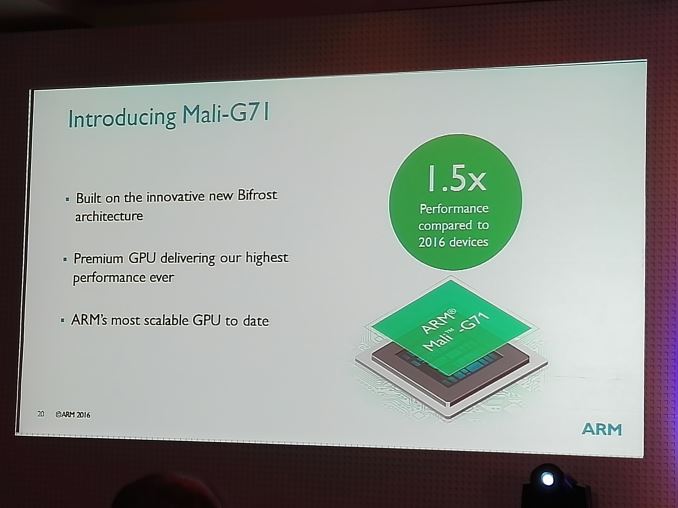 11:28PM EDT - But the Coherent Interconnect (is that CCI ?) works with both clusters and the GPU in a multi-cluster environment 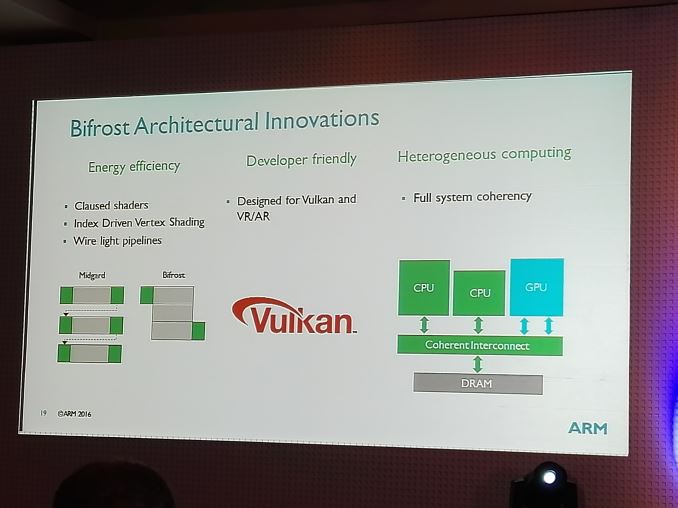 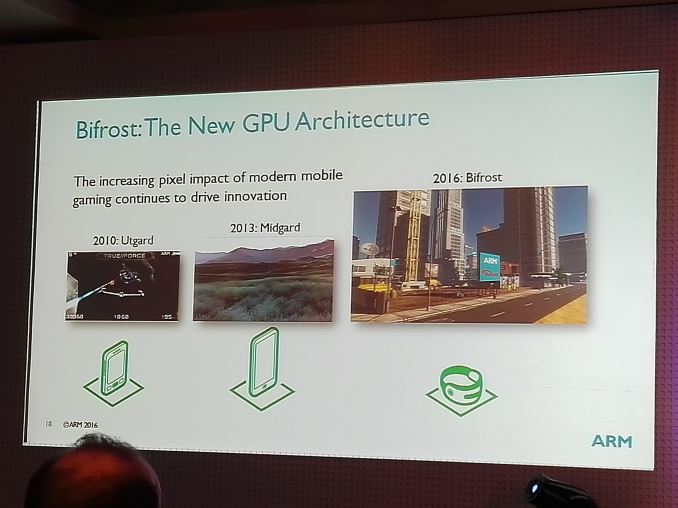 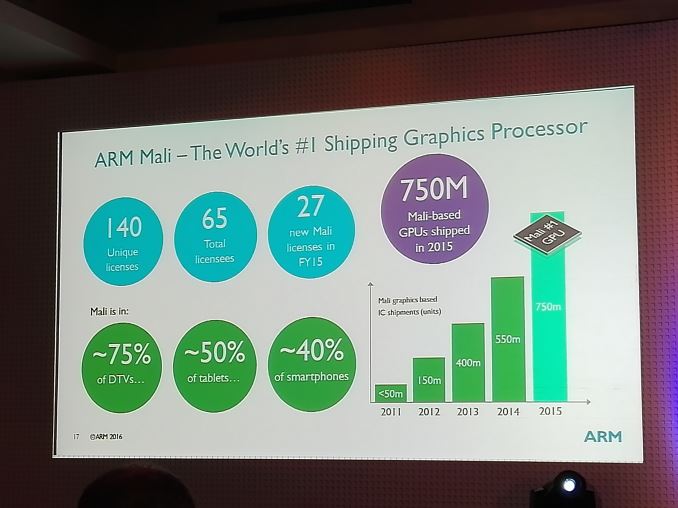 11:24PM EDT - ARM inquired Enlighten a couple of years back, it's used by a few major games developers and firms inc. Square Enix 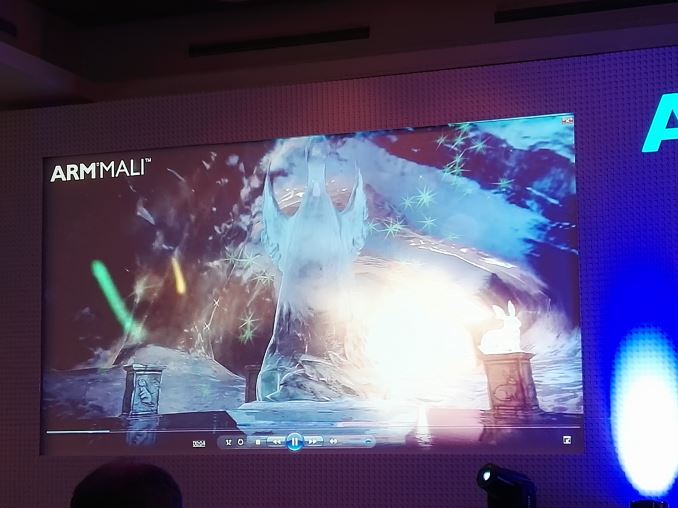 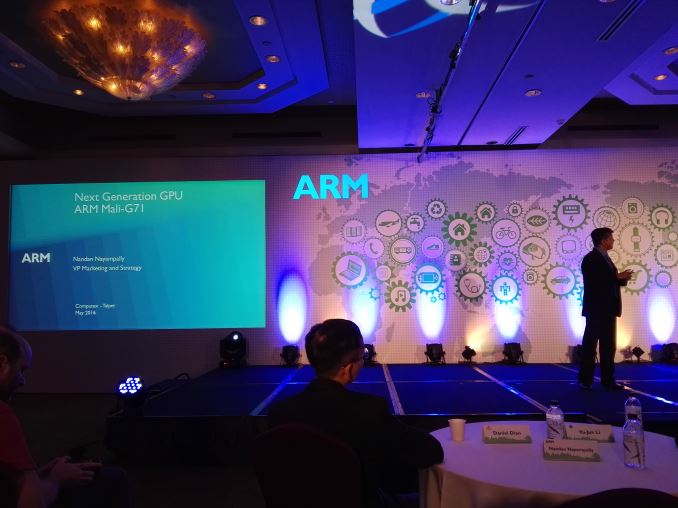 11:21PM EDT - 'Look at another 5 years in the future: we're innovating for performance, power and new use cases' 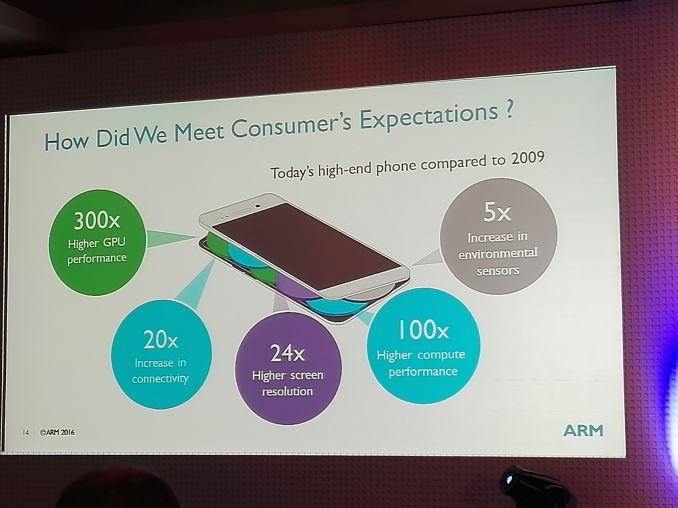 11:20PM EDT - Things like CV and CNN typically requires immediate response. At the edge is important, rather than cycling via the cloud, but again, can be power hungry and might need dedicated ASIC 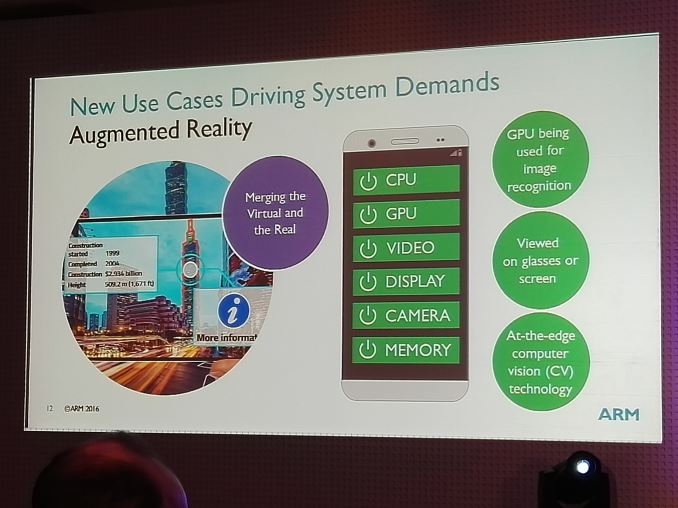 11:17PM EDT - ARM is talking about people wanting to play console/PC titles on smartphones, being able to play a game no matter the platform. It's a lofty goal, but difficult under power restraints and gaming fidelity. Thinks like Vulkan help, but it also drives Console/PC gaming further too 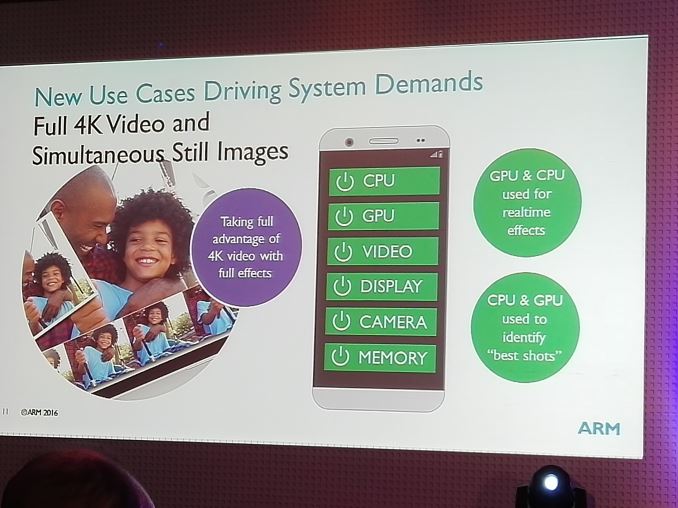 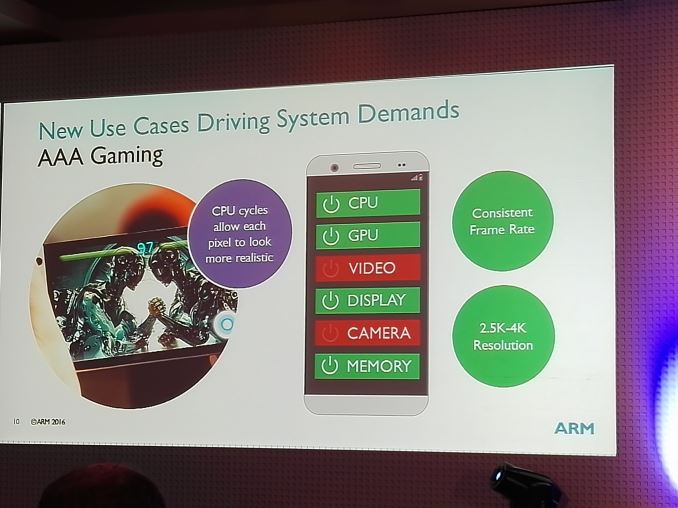 11:15PM EDT - Slide says 4K 120 Hz: it might be a while before we see that in a smartphone with a battery life more than an hour when VR gaming 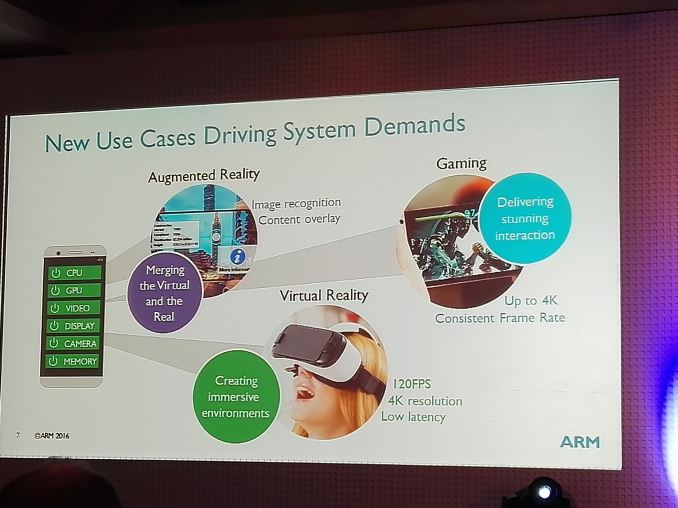 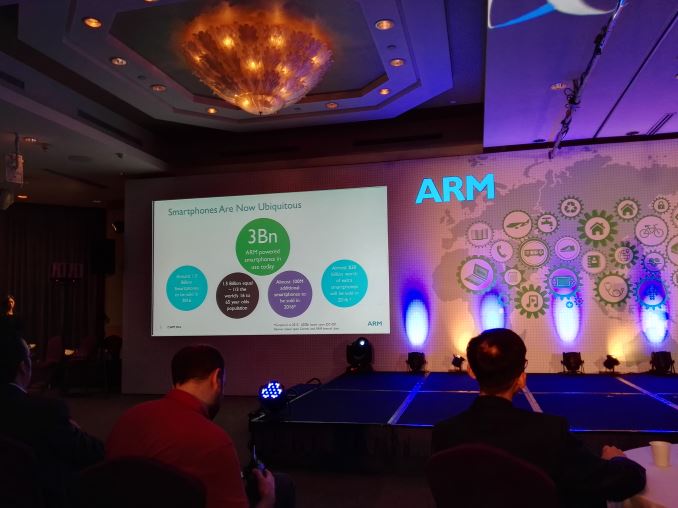 11:10PM EDT - A couple of years ago, ARM celebrated 50b chips shipped. In the last two years, another 25b shipped 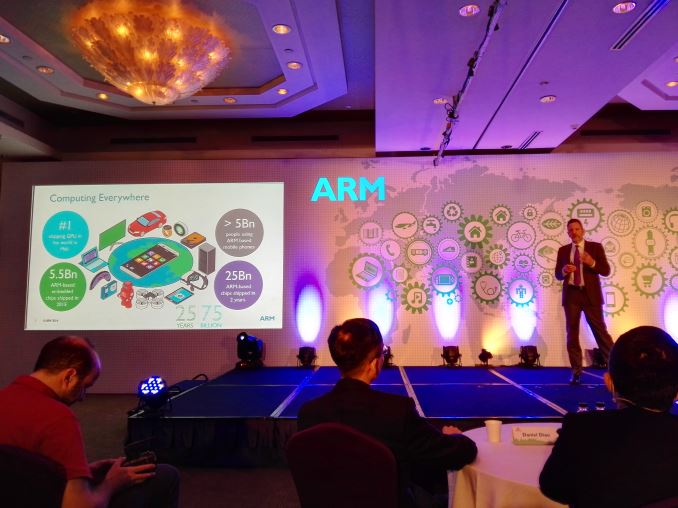 11:09PM EDT - 'Smartphones were still in their infancy' 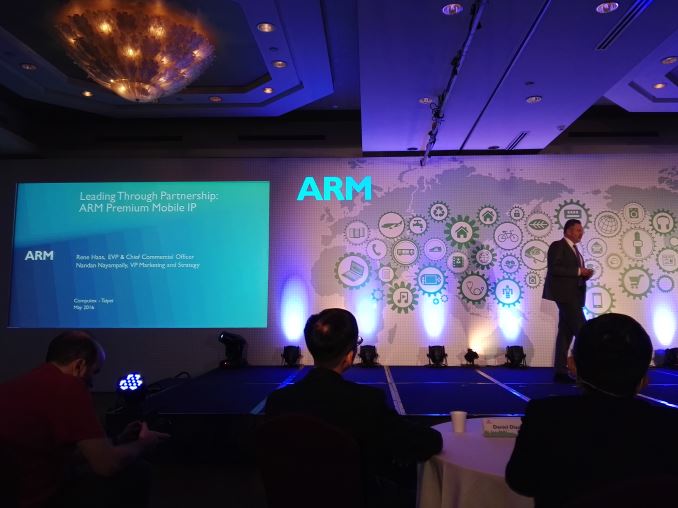 11:05PM EDT - ARM is having a press conference at Computex, and Billy and I are here for it. Almost ready to start!