At Micron's Enterprising event today in Austin, TX, the company discussed several upcoming products and shared information about an ongoing strategic shift. Not content to stay a mere component supplier for storage and memory, Micron is getting involved in software to help develop solutions that can make the most of their storage hardware offerings. The venue was Micron's new Storage Solutions Center, the nexus of Micron's collaboration efforts with OEMs, software vendors and enterprise end-users. At the Storage Solutions Center, Micron and their partners work on whole-system optimization to solve immediate customer needs and to generate reference architectures and documentation for the benefit of other customers.

The reference architectures are branded as Micron Accelerated Solutions, the first of which is a hardware platform by Supermicro bundled with VMWare Virtual SAN and using Micron M510DC SSDs. A similar solution has been developed with the Ceph object storage system and work is underway with Nexenta on an integrated system that will be available in the second half of the year.

In addition to the whole-system products, Micron shared information about several new and upcoming SSDs. The 9100 and 7100 series PCIe SSDs were launched and covered in a separate post. The 9100 was featured in a demo of the software defined storage system under development by SymbolicIO. The 7100 series is the second product line resulting from Micron's collaboration with Seagate, which previously resulted in a family of SAS SSDs. 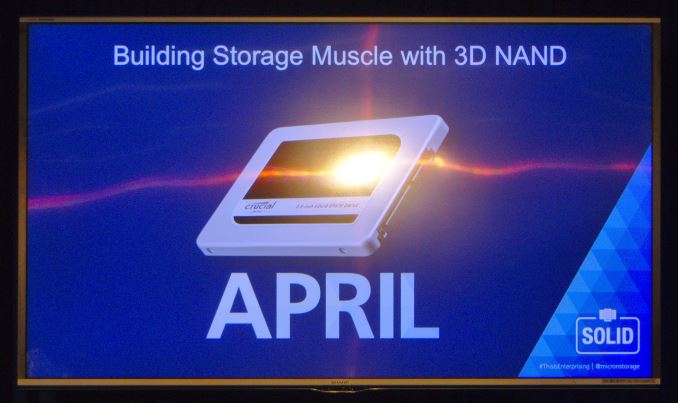 Micron announced the schedule for their first 3D NAND SSDs. The Crucial MX300 will launch later this month using Micron's 3D TLC NAND. Specifics aren't available yet, but given the 384Gbit (48GB) capacity per die of the 3D TLC, the MX300 will either feature oddball capacities, significantly more overprovisioning than its MLC-based predecessors, or an uneven distribution of NAND dies across the controller's channels. 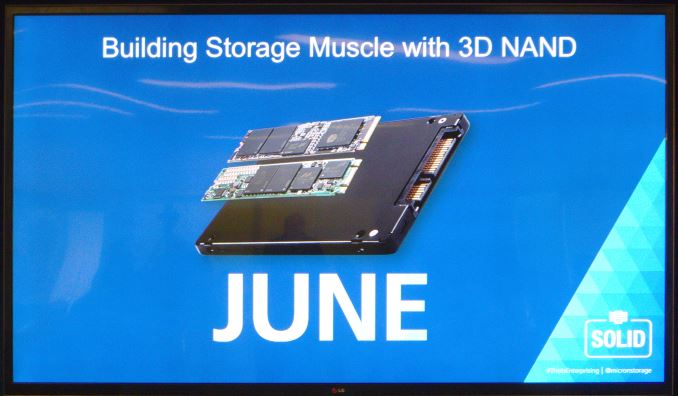 In June Micron will launch a pair of OEM client SSDs, the 1100 series and the 2100 series. Specifications for those drives were also not announced, but the photographs reveal some details: an M.2 SATA drive using a Marvell controller (probably 88SS1074, and thus probably also using TLC), and an M.2 PCIe drive with a Silicon Motion controller, presumably the SM2260.

Micron says there will be 3D NAND for the datacenter in the second half of the year, but they have not yet identified any of the drives that will be using it. A 3D XPoint wafer was waved around onstage but Micron made no substantial announcements today about the technology. They did promise that we'll be hearing more about the products and their branding later this year, and confirmed that they've been focusing on using 3D XPoint in NVMe products (whereas Intel is also developing NVDIMMs). 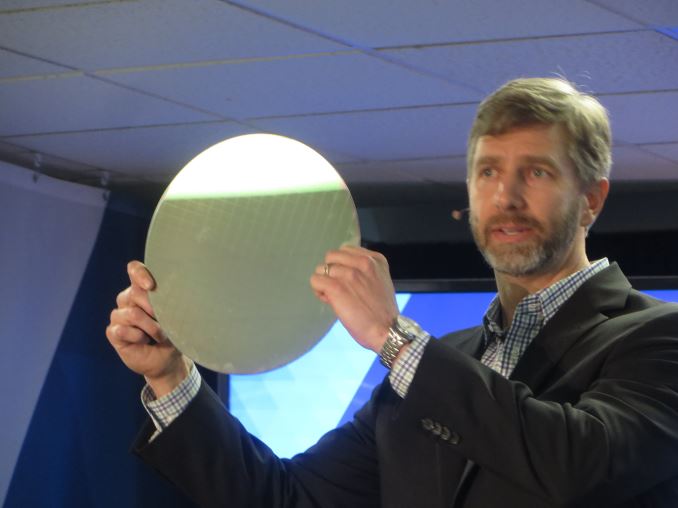