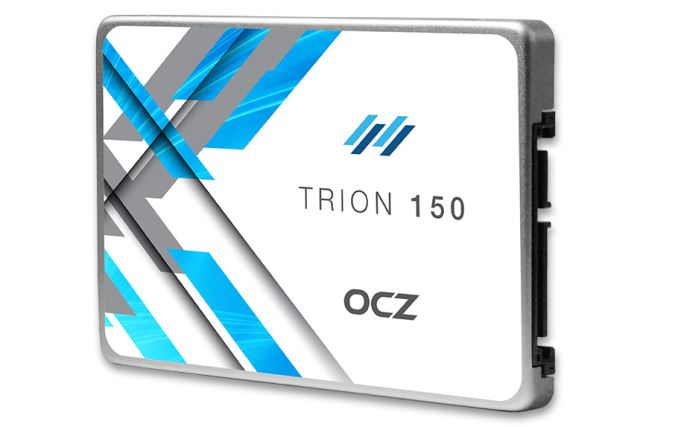 Last year's OCZ Trion 100 was the first drive released by OCZ as a subsidiary of Toshiba, and was really more of a Toshiba product that was released under the OCZ brand. As a prime opportunity to reestablish the OCZ brand post-bankruptcy, the Trion 100 was initially disappointing for its poor performance. It has since become clear that the Trion 100 was merely an early entrant in a race to the bottom that has seen sub-20nm planar TLC used to drive price down as much as possible even at the cost of performance.

While the price of MLC-based drives has also been declining, the new class of low-end TLC drives has made SSDs far more accessible by trading some performance for capacity. Most manufacturers are very explicit about marketing these SSDs for upgrades from hard drives rather than from earlier and smaller and more expensive SSDs, but it's hard not to make those comparisons. It's important to keep in mind that for the cheapest SSDs on the market, maximizing performance is not the only goal and often isn't even a primary goal. 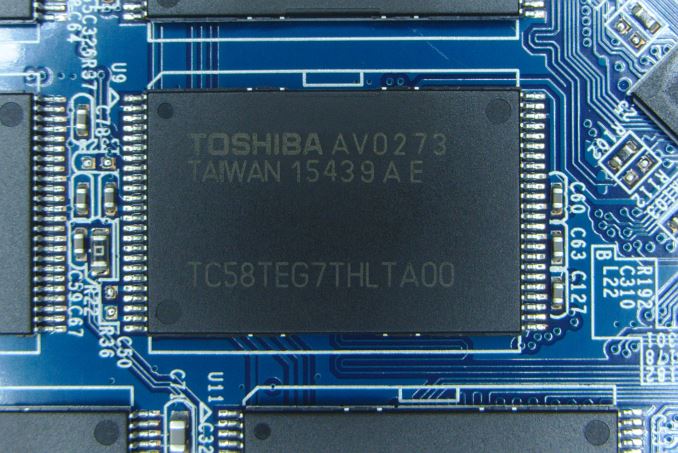 Today we're taking a look at the successor to the Trion 100, the Trion 150. On paper, the OCZ Trion 150 looks like a fairly uninteresting update. The flash is changed from Toshiba's A19nm TLC to their 15nm TLC, which is cause for concern about how the smaller flash memory cells might hurt performance and endurance. The Trion is still using Toshiba's TC58NC1010 controller, a custom branded variant of Phison's S10. The performance specifications of the Trion 150 are unchanged from the Trion 100, but OCZ has made non-specific claims about performance improving for things like sustained performance. For that to be possible with what would seem to be a disadvantageous die shrink of the flash, the drive's firmware needs to be much better than the Trion 100's.

Externally the Trion 150 is very similar to the Trion 100: the casing is identical and the labeling is only slightly changed. Opening things up we immediately see that more has changed than just the NAND flash dies. The flash is now in 16 TSOP packages rather than 4 BGA packages, requiring a much larger PCB but allowing for much cheaper packaging. The layout of the PCB around the controller and DRAM is similar to the Trion 100, but there's now a thermal pad between the controller and the case. 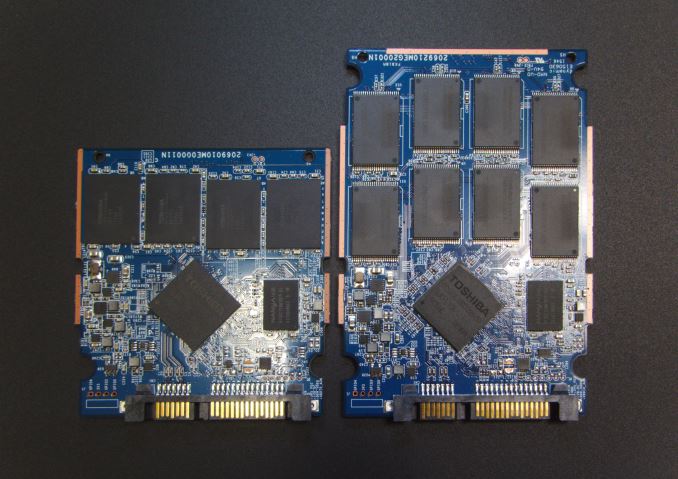 As the successor to the Trion 100, the Trion 150 will be OCZ and Toshiba's entry-level SSD and will compete against the drives with the lowest price per gigabyte, now hovering around 20¢/GB. The primary competitors and points of comparison will be other drives with 15/16nm TLC such as ADATA's Premier SP550 and Crucial's BX200 (both using Silicon Motion's SM2256 controller) and drives from many brands using the Phison S10 platform and Toshiba TLC.