The Exterior of the Cougar QBX Case

Cougar went with a simple modern design for their Mini-ITX QBX case, employing basic geometric shapes formed by 45° angles. Most of the case is made of steel, with the exception of the plastic front and top panels. Although the front and top panels are plastic, they have been treated so as to resemble an aluminum surface. The craftsmanship is exceptional for such a product and only very experienced eyes will be able to tell the difference. 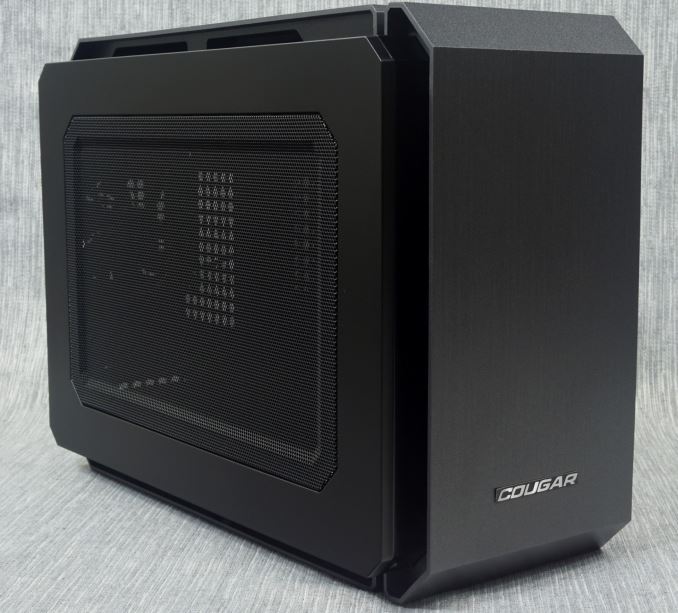 Cougar is strongly promoting the QBX's compact design. Measuring 291 × 384 × 178 mm (11.46 × 15.12 × 7.01 in) and with a volume of 0.0199 m3 (19.9 liters), it truly is relatively small but also rather awkwardly shaped and exceedingly deep for its proportions. Still, the QBX is more compact than other cubic-shaped cases such as the Obsidian 250D (28.2 liters, +68%), but not as small as truly compact Mini-ITX cases that were designed for living room applications, such as the Milo ML05 (7.1 liters, -64%). The QBX however can take a full size ATX PSU and long graphics cards and, if we make these two parameters a requirement, it definitely is the most compact Mini-ITX case that we have encountered to this date. However, if cost is not an issue and volume is, the much more expensive Streacom F12C can even take full ATX motherboards and much more hardware with a volume of just 25.9 liters.

The power button is to the right side of the plastic faceplate, right above the two USB 3.0 ports and 3.5 mm audio jacks. Although the location of the power button is well-thought, the position of the I/O ports could be problematic if the case is placed inside a furniture or against a wall to its right. 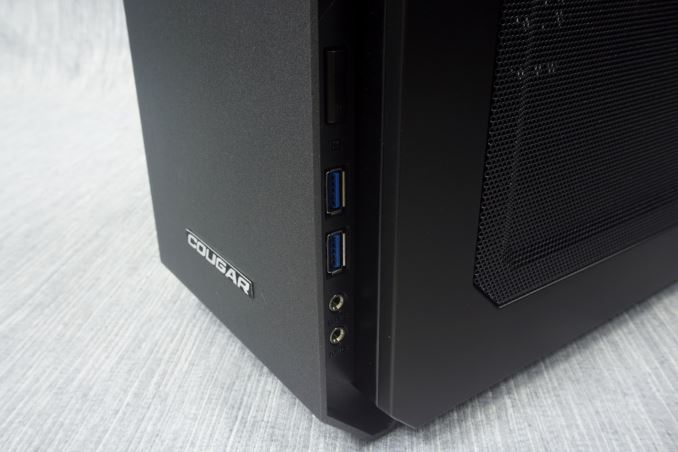 There are no openings for optical drives to the front of the case but Cougar decided to provide an option for optical media to those that really one by providing one slim ODD slot. The slot is at the top of the case, near the front, and can only be accessed by sliding the top panel backwards slightly. Note that only slot-loading drives will work, as the slot is facing upwards and tray-style slim ODDs are not mechanized. A slot-loading DVD-RW, let alone a Blu-Ray device, can be an expensive option, but at least it is an option for those that need to have an ODD. 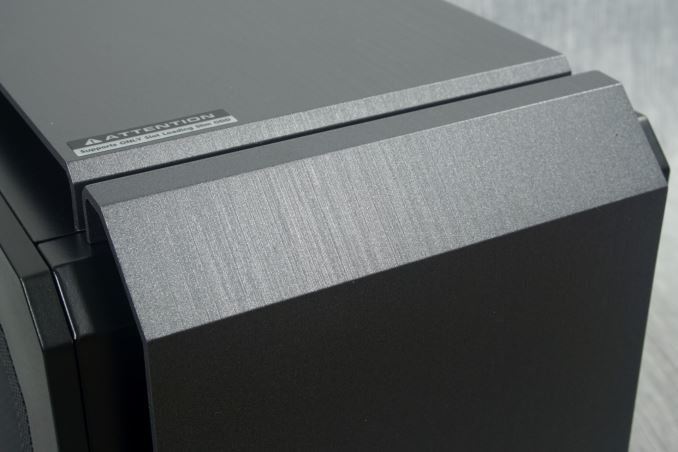 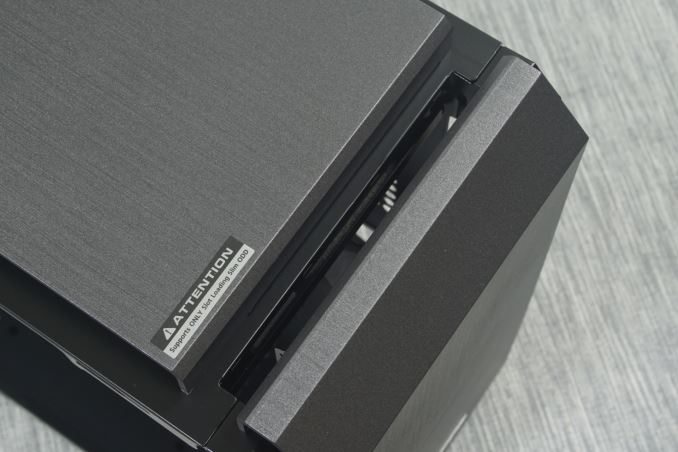 Both of the side panels of the QBX are almost entirely covered by a metallic mesh, aiding passive airflow and providing intake openings for the PSU and optional side fans. The mesh is not particularly dense, allowing good airflow but being ineffective against dust. 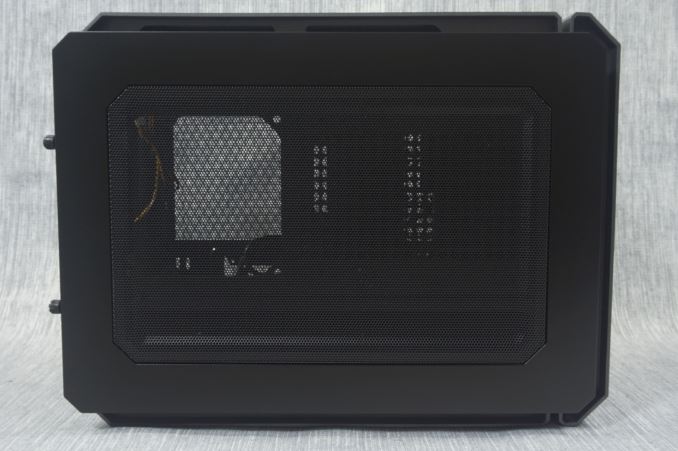 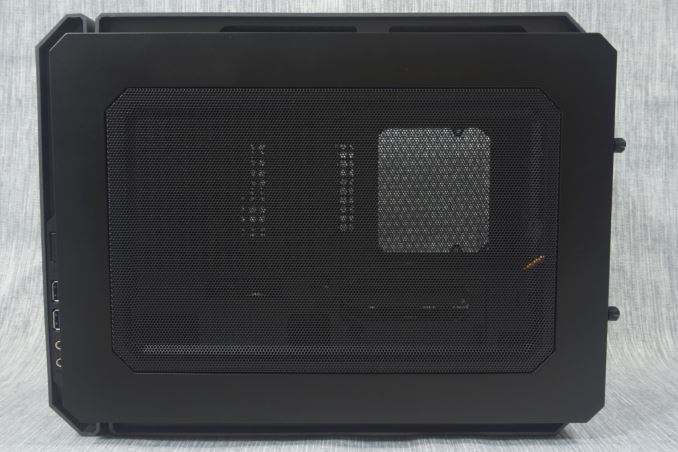 The rear of the QBX is black and not of great interest, with the exception of the AC cable plug visible near the top. No, the QBX does not have a PSU preinstalled, but it has its PSU compartment located at the front of the motherboard's tray. This is just an extension used to keep all of the plugs at the rear of the case. 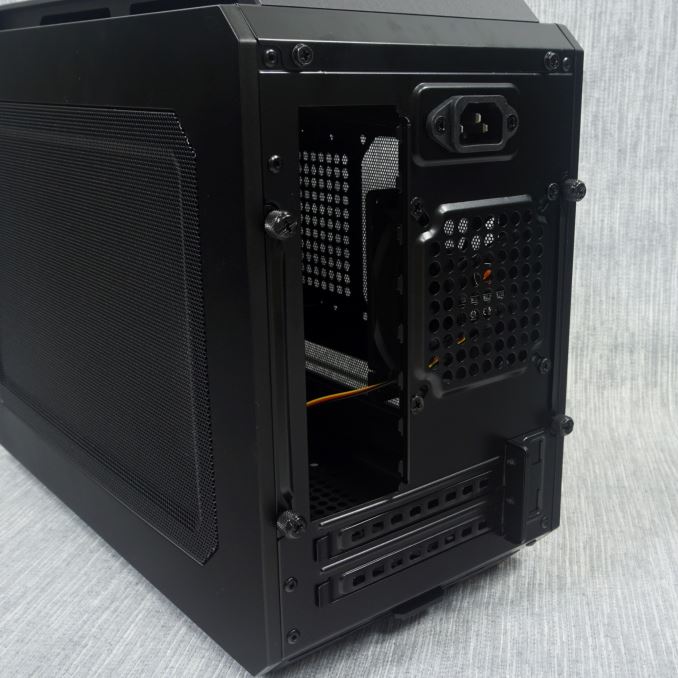 Instead of installing typical feet to the case, Cougar went with two long plastic stripes that slightly resemble caterpillar tracks. These can be used to support up to two 120 mm fans. A nylon filter is also installed there and can be removed by pulling it from the rear of the case. 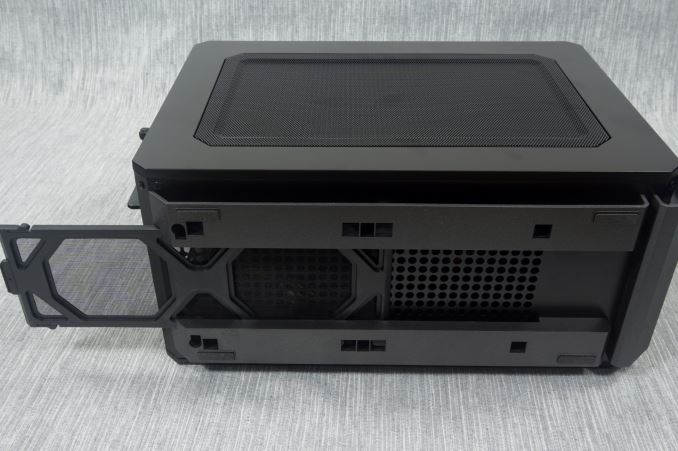